Founded in 1701, Yale University continues to be one of the top universities not just in the US, but in the world.

And its reputation is only enriched by the famous and successful people who come out of this Ivy League institution.

William Howard Taft became the first US president to attend Yale when he entered in 1874. 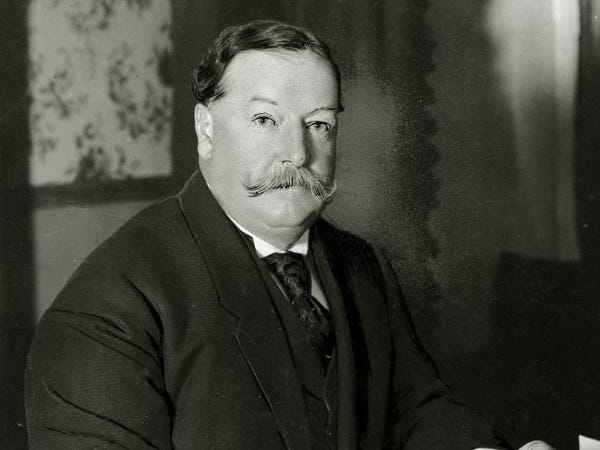 While at Yale, which was then Yale College, Taft joined the secret Skull and Bones society, of which his father was a founding member. Taft was popular in his Yale days, earning the nickname "Old Bill."

Taft went on the become an active Yale alumnus — he even served as a professor at Yale Law School after he left office. While there are no buildings on Yale's campus to commemorate the 27th president of the United States, there are a few artifacts from his time on campus, namely, four oversized chairs built to accommodate his larger stature during his time as a professor. 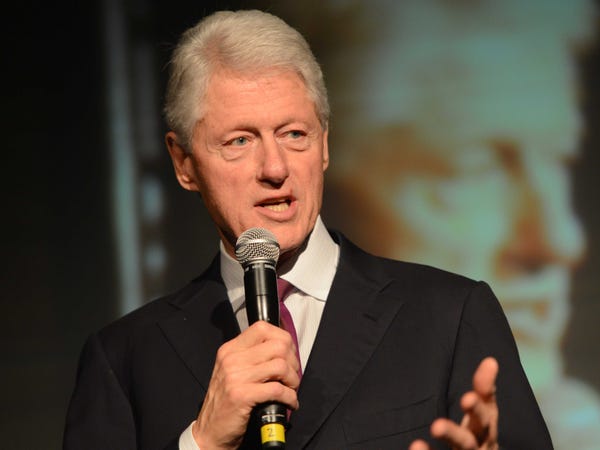 Clinton has returned to his alma mater many times to address current students, according to The Yale Daily News.

He became the second Yale Law School graduate to become president — Gerald Ford was the first. 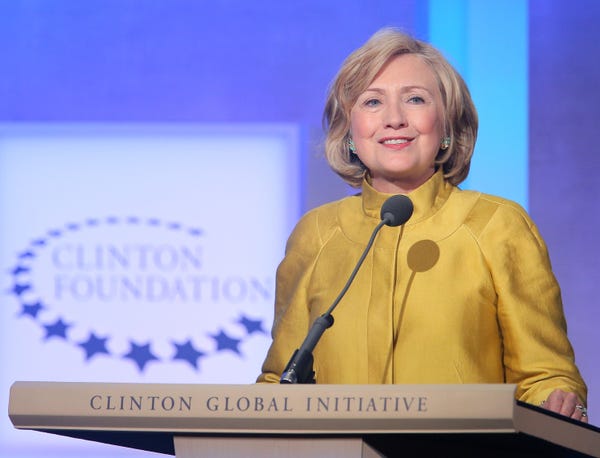 When Clinton first enrolled in 1969, she was one of 27 women out of a class of 235 law students, according to The Yale Daily News.

Since graduating, she's served as senator of New York and Secretary of State under the Obama administration and has even run for president herself. Like her husband, she's still connected to the university.

After earning his degree from Yale in 2003, Ben Silbermann went on to co-found Pinterest. 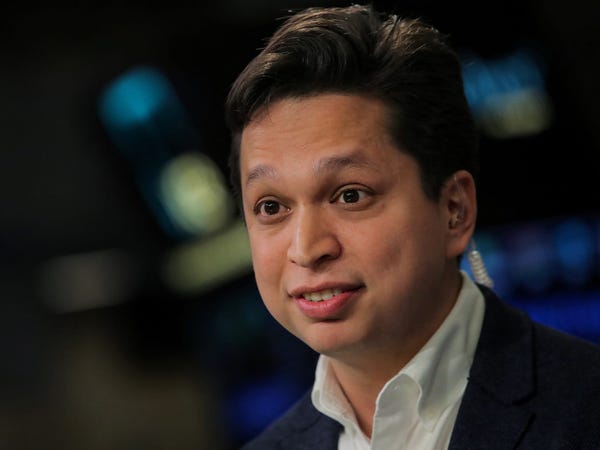 According to The Guardian, Silbermann originally entered Yale thinking he would pursue a pre-med track and become a doctor. Instead, he ended up earning a degree in political science.

According to Forbes, he's worth 2.4 billion. Pinterest went public in April 2019 with an initial valuation of $10 billion.

CNN's Anderson Cooper graduated in 1989 with a bachelor's in political science. 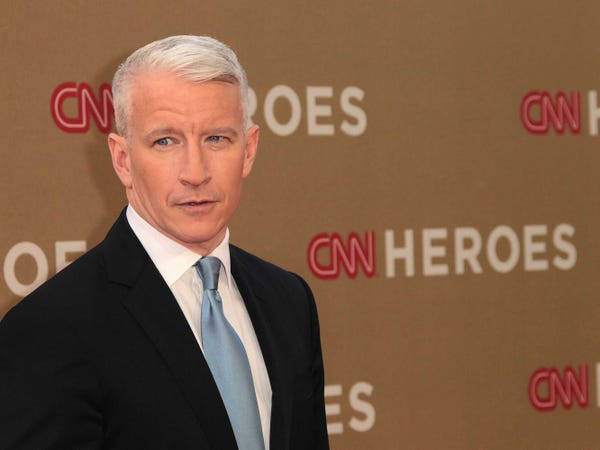 While in school, the 5 foot 10 news anchor dropped to 125 lbs to be the crew team's coxswain.

"It was sort of absurd," Cooper said, according to The Yale Daily News. "I was probably normally 145 or 150 regularly, so it was a little extreme looking back on it. It's probably why I went grey early. I think I've always been sort of intense or obsessive … I wanted to stick with the sport. I don't know if that was a very good idea, but it was a great experience."

Friends and professors remember him for his passion for news and politics, saying he was "always drawn to places in crisis." 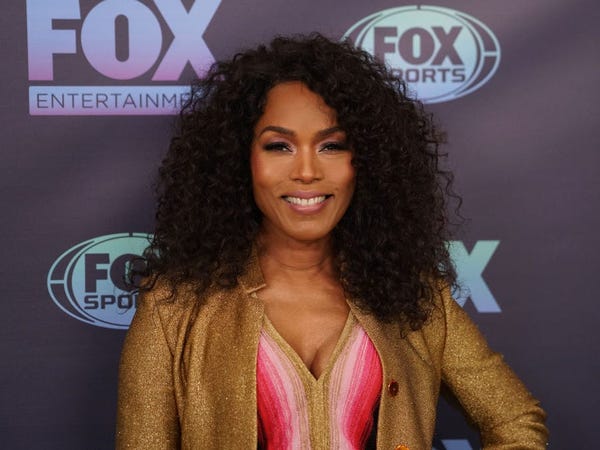 After being encouraged by a teacher to apply to the prestigious university, Bassett earned a Bachelor's degree in Afro-American Studies and an MFA in drama.

According to Biography, while at Yale, Bassett studied under renowned stage director Lloyd Richards and was cast in two Broadway productions, Ma Rainey's "Black Bottom" and Joe Turner's "Come and Gone."

The father of Morse code — and the telegraph used to "speak" it — Samuel F. B. Morse studied mathematics and philosophy at Yale in the early 1800s. 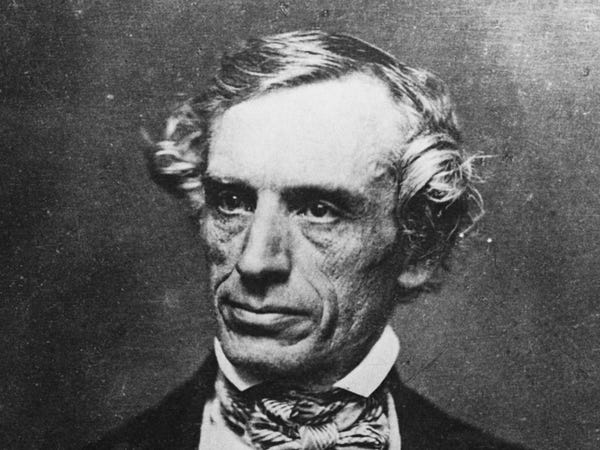 According to History, Morse later turned his attention towards the arts, traveling across the pond to England to study painting. After he returned to the United States, he was commissioned to paint multiple high-profile people, including President John Adams and President James Monroe.

Indra Nooyi graduated from the Yale School of Management in 1980 before becoming the CEO and chairperson of PepsiCo. 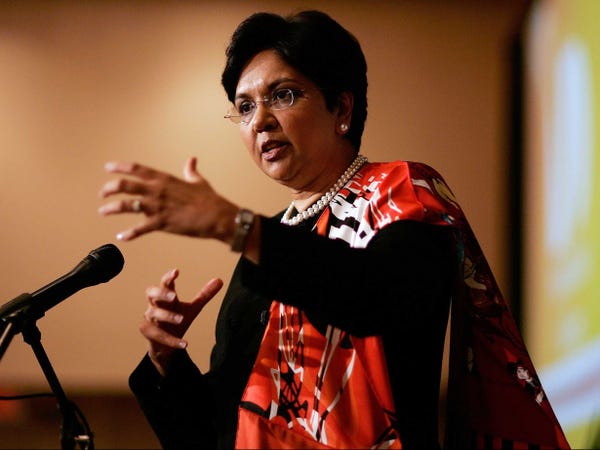 According to The Yale Daily News, she returned to give a keynote address at the annual Asian Pacific American Heritage Month dinner in 2004.

Blackstone Group CEO Stephen A. Schwarzman got his bachelor's in 1969 and was a member of Skull and Bones at the same time as George W. Bush. 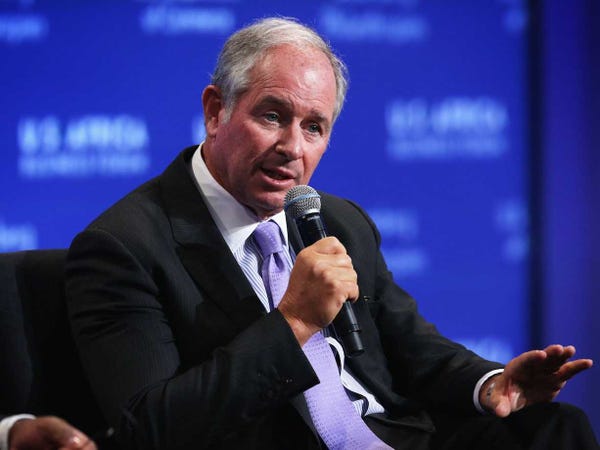 Schwarzman later served as an adjunct professor at the Yale School of Management, according to Blackstone, in addition to serving on the Harvard Business School Board of Dean's Advisors.

Schwarzman has given back significantly to his alma mater — in 2015, he donated $150 million to establish the Schwarzman Center, a "first-of-its-kind campus center" in Yale's Commons building. 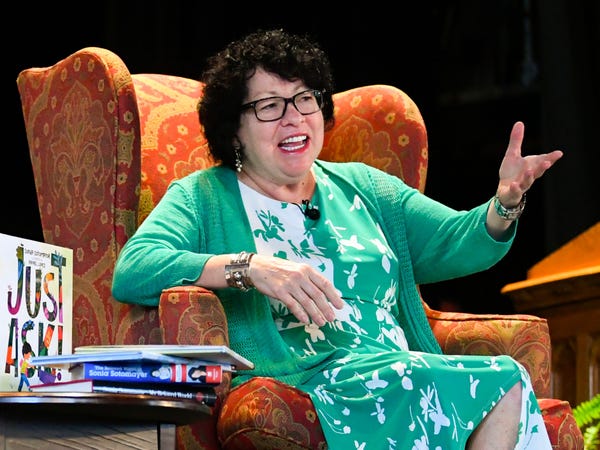 According to Yale News, the United States' first Latina Supreme Court Justice became the managing editor of the International Law Journal during her time at Yale.

Nathan Hale, a Revolutionary War soldier and one of the first known American spies, earned his bachelor's and master's degrees at Yale in the 1770s. 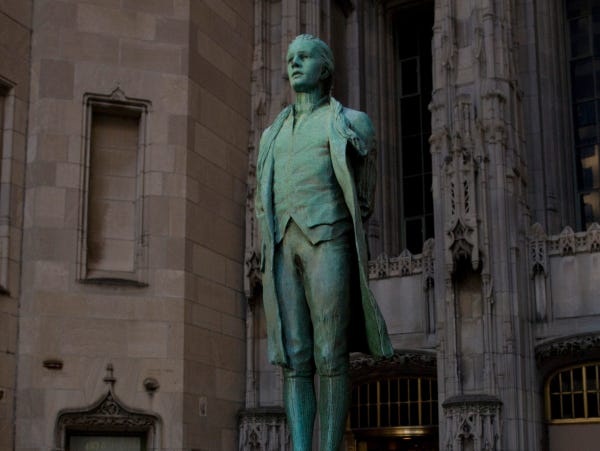 According to Yale, just after graduating, Hale was captured and executed at the hands of the British Army.

Nobel Prize winner Paul Krugman worked on the Council of Economic Advisers during the Reagan administration. 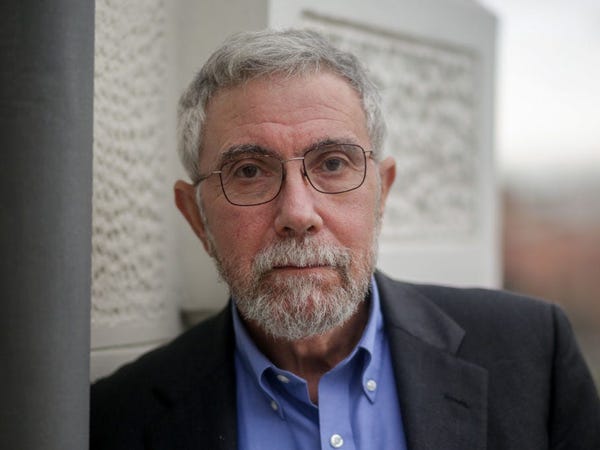 Krugman is considered one of the most influential political opinion makers of our time. In 2010, Yale awarded Krugman one of its highest honors: the Henry E. Howland Memorial Prize, according to Yale News.

College friends of Janet Yellen remember her for her sharp intellect and authoritative presence on campus. 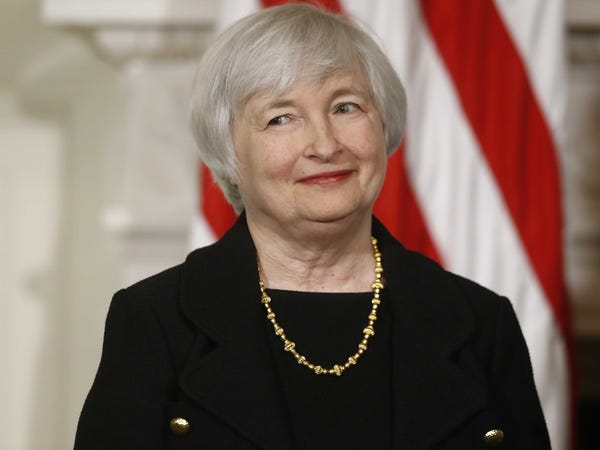 Her hard-earned Ph.D. in economics in 1971 served her well during her role as the first female and 15th chair of the Federal Reserve. 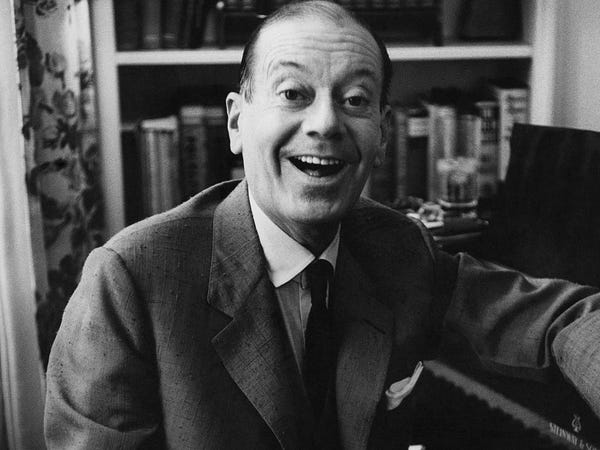 He was a Delta Kappa Epsilon brother, sang in the a capella group the Whiffenpoofs, and was a member of the Scroll and Key society.

Right before her graduation from the School of Drama in 2012, Lupita Nyong'o landed the role of a lifetime in the critically acclaimed movie "12 Years A Slave." 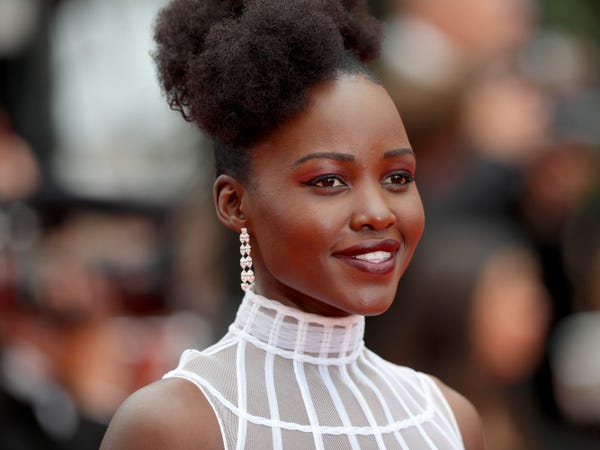 Her portrayal of Patsey earned her an Academy Award for best supporting actress. 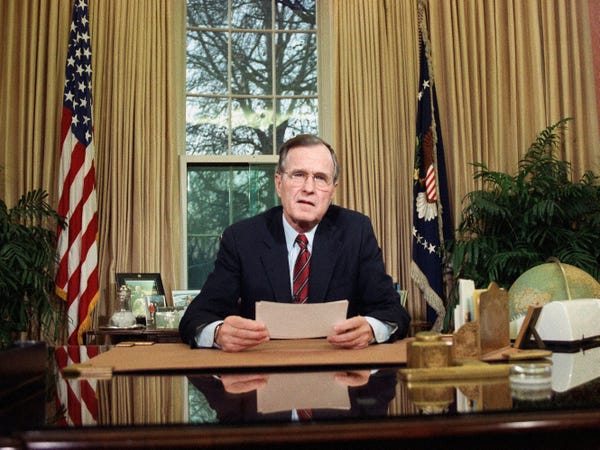 According to Yale Bulldogs, the university has since established the George H. W. Bush Lifetime of Leadership Award to honor alumni athletes who have made significant leadership contributions in their chosen fields. 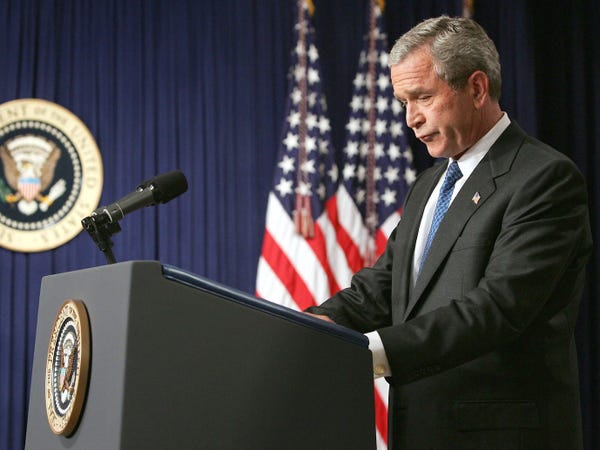 According to NPR , he was the president of Delta Kappa Epsilon, a member of the Skull and Bones secret society, and a cheerleader. He returned to deliver Yale's 300th commencement speech.

In 1975, Meryl Streep graduated from the Yale School of Drama, where she established herself as a star. 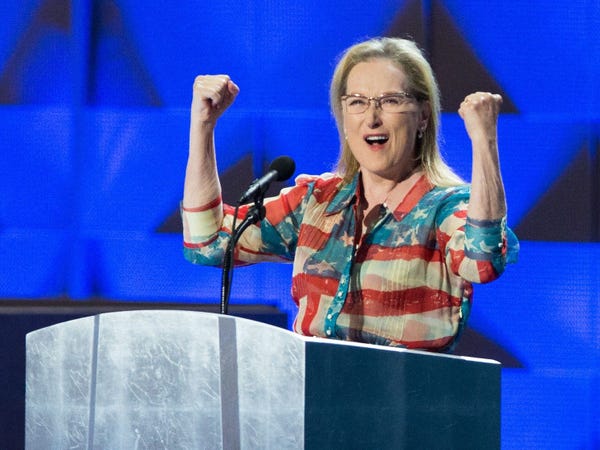 The future Oscar winner even landed a leading role as Helena in Shakespeare's "A Midsummer Night's Dream." Since then, she's become one of the most successful actors of all time, with 21 Academy Award nominations.

Eli Whitney, the inventor of the cotton gin, graduated from Yale Phi Beta Kappa in 1792. 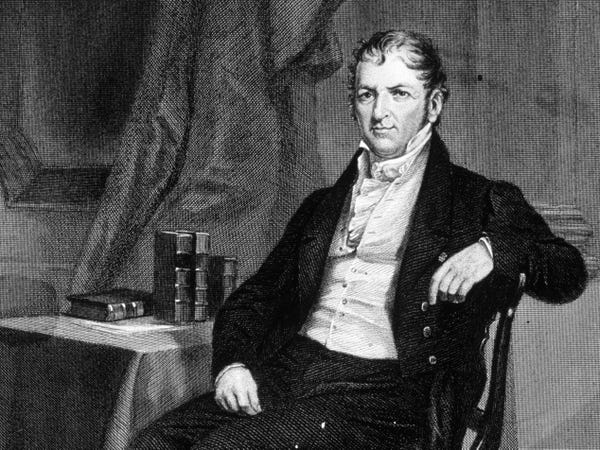 In Whitney's honor, the university set up the Eli Whitney Students Program for non-traditional students; Whitney himself did not matriculate into Yale until he was 23 years old.

Former President Gerald Ford turned down multiple offers to play in the NFL after his graduation from the University of Michigan — instead, he became a coach at Yale. 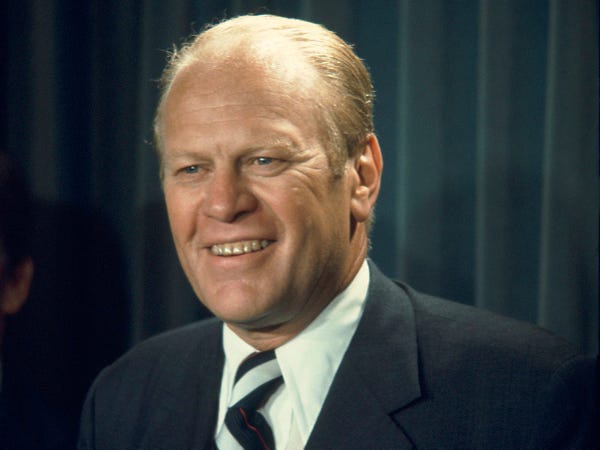 According to the University of Virginia, he took jobs coaching the Yale men's football and boxing teams before getting in to the university's law school. He went on to graduate in the top third of his class in 1941.

He was the first president of the United States to attend Yale Law School.

Allison Williams, one of the stars of HBO's "Girls," was very involved in theater while at Yale. 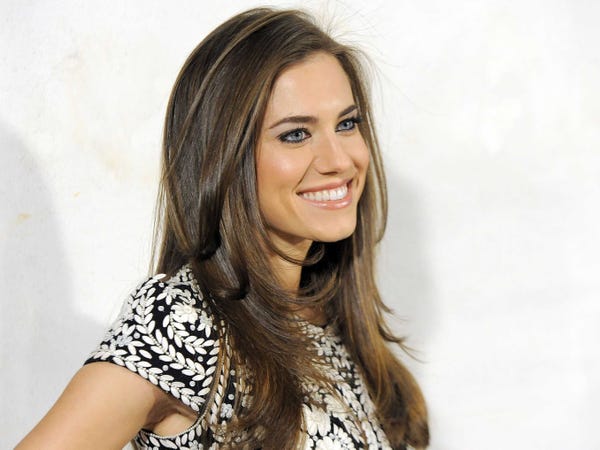 According to The Yale Herald, while at school Williams joined the improv group Just Add Water. However, per her parents' request, she waited to pursue a professional acting career until after she graduated in 2010.

Journalist Bob Woodward, from the class of '65, returned to his alma mater to teach an intensive journalism seminar to aspiring Yale journalists. 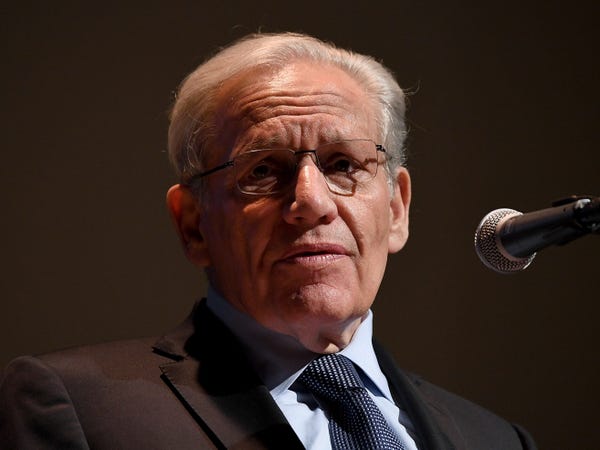 After graduating, he went on to serve in the United States Navy. After being discharged as a lieutenant, Woodward was given the opportunity to attend Harvard Law School, but chose not to go.

Instead, Woodward worked as a reporter at the Washington Post. While climbing in his journalism career, he also took master's classes in Shakespeare and international relations at nearby George Washington University.

Woodward, who is now an associate editor of the Washington Post, shared two Pulitzer Prizes for breaking the Watergate Scandal, according to The Yale Daily News.

Hollywood legend and philanthropist Paul Newman dropped out of the Yale School of Drama in 1952 before completing his degree. 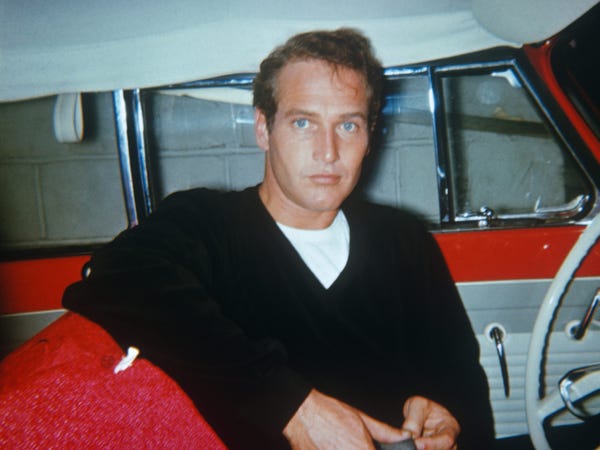 However, according to The Yale Daily News, he maintained close ties to the school and held the premiere of "Butch Cassidy and the Sundance Kid" right in Yale's very own Roger Sherman Theater.

CNN's Fareed Zakaria graduated from Yale with a bachelor's degree in 1986. 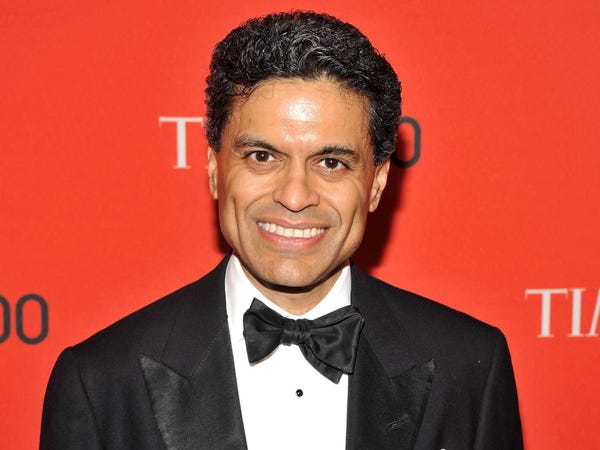 Zakaria was a very active student, serving as president of the Political Union, editor-in-chief of the Yale Political Monthly, and a member of the Scroll and Key secret society.