CHICAGO  — Government and airline officials gathered on Thursday to mark the completion of a $6 billion modernization project to untangle the jumble of runways that for decades made flying into and out of Chicago's O'Hare International Airport feel like a downtown traffic jam at rush hour.

During a ceremony at the airport, Chicago Mayor Lori Lightfoot said the 16-year O'Hare Modernization Project (OMP) to extend two existing runways and build four new ones running side by side has made flying into and out of one of the busiest airports in the world much simpler.

"With the correcting of the runways and making them run parallel, the OMP has resulted in a 64% reduction in delays over the life of the project," Lightfoot said of the project, which also added two new air traffic control towers and relocated several facilities.

The changes are welcome improvements for an airport that for years ranked among the country's worst for on-time departures and arrivals.

The modernization project is part of a larger $8.5 billion project — including the $6 billion spent on the new runways and other improvements — called O'Hare 21 that will include the construction of a massive O'Hare Global Terminal. 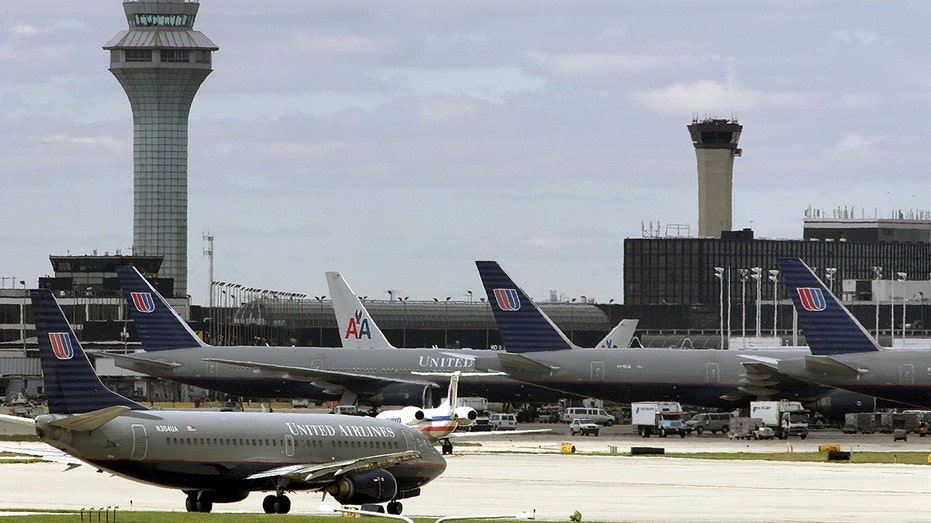 "This means more passengers and cargo running through O'Hare, and that means more tourists and more businesses for Chicago and the Midwest," said U.S. Rep. Raja Krishnamoorthi, whose suburban Chicago district includes the O'Hare runways.

The projects were paid for largely with a mix of airport revenue bonds, passenger fees and federal grants, with airlines having paid the debt service on the bonds. During Thursday's ceremony, U.S. Sen. Richard Durbin (D-Ill.) said that after contentious battles that extended from courtrooms to Congress, the federal government's share of the funding has been about $2.5 billion.