Apple was a fringe player in all key categories like smartphones, notebooks, and tablets till recently. But with the last quarter’s record-breaking performance, the brand has established itself in the country’s price-sensitive consumer electronics market. 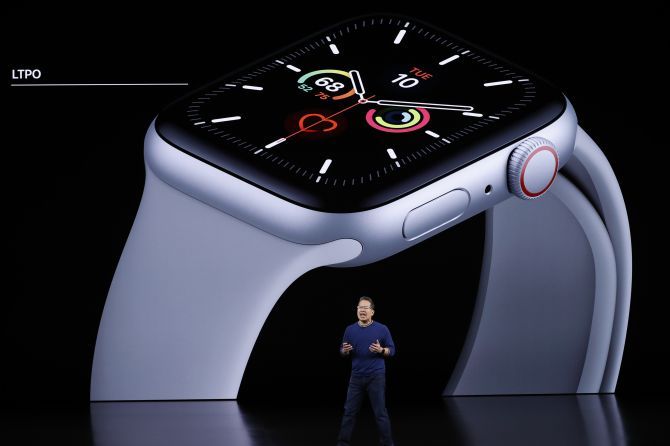 Consumer technology giant Apple registered record business in the January-March quarter, backed by an unprecedented surge in its all key product categories.

The US major clocked the highest ever shipment in personal computers, regained top spot in the premium smartphones market, and grew its iPad business rapidly as consumers in India invested in electronic devices.

Apple was a fringe player in all key categories like smartphones, notebooks, and tablets till recently. But with the last quarter’s record-breaking performance, the brand has established itself in the country’s price-sensitive consumer electronics market.

According to the market research firm IDC data, in January-March Apple recorded its biggest quarter for personal computer (PC) shipment in India and captured fifth spot for the first time, matching the long-standing Chinese brand Asus.

As the shipment of Macs grew by a staggering 336 per cent year-on-year (YoY), the brand captured 5.4 per cent of the local PC market.

During the period, some 167,000 Macs were shipped against 38,000 in the corresponding quarter last year. In the consumer PC segment, Apple stood fourth, after HP, Lenovo, and Dell.

While leading players like Dell and Acer registered a decline in shipment over the previous quarter (October-December), Apple grew 45.3 per cent QoQ. Even though the PC market grew by 73 per cent, Apple’s growth rate was nearly five times of that.

Macs are the largest category for Apple after iPhones.

In the smartphone space, Apple’s performance was equally impressive. According to IDC, its iPhone 11 and 12 models remained the most sold premium handsets and helped it capture nearly a third of the premium market (above the Rs 37,000 price band).

Industry estimates suggest YoY iPhone shipment nearly doubled during the quarter and Apple played a central role in the 143 per cent rise in premium smartphone shipment in the country. While the iPhone continues to remain an aspirational product in India, a rapid surge in its sales has made Apple the sixth largest player in the smartphone market.

In the tablets market, where Apple’s fortunes have dwindled, iPads have made a mark.

As e-learning took the front seat, the shipment of iPads grew 144 per cent and the brand captured 29 per cent of the market. In the December quarter, iPads had recorded 135 per cent growth.