West has been making the media rounds following his infamous “Death Con 3” tweet (see below), doubling down on his claims of alleged mistreatment by Jewish people.

In a Financial Times op-ed response, Emanuel wrote, “Those who continue to do business with West are giving his misguided hate an audience. There should be no tolerance anywhere for West’s anti-Semitism,” Emanuel wrote in a Financial Times piece. “This is a moment in history where the stakes are high and being open about our values, and living them, is essential. Silence and inaction are not an option.”

He added that Apple and Spotify should stop streaming West’s music.

West is reportedly a billionaire thanks to his music and fashion endeavors. But he recently was forced out of a banking relationship and has other associations end because of his views. While his career wouldn’t stop if his current distribution relationships terminate, maintaining his empire at present levels would be difficult.

Emanuel refused to buy that West’s recent statements can be attributed to his past widely reported battles with mental illness.

“Some of West’s behavior has been dismissed over time, citing mental illness, given that he was diagnosed with bipolar disorder after being hospitalized in 2016,” Emanuel wrote.“However, mental illness is not an excuse for racism, hatred or anti-Semitism.”

A particular danger to West’s comments are its effects on his young followers, Emanuel contended

“West is not just any person — he is a pop culture icon with millions of fans around the world. And among them are young people whose views are still being formed,” he wrote. “This is why it is necessary for all of us to speak out. Hatred and anti-Semitism should have no place in our society, no matter how much money is at stake.”

Emanuel extended an olive branch at the end of his comments, offering to broker talks with religious leaders “if West would like to be educated about the history and consequences of anti-Semitism and the conspiracy theories he’s parroting.” 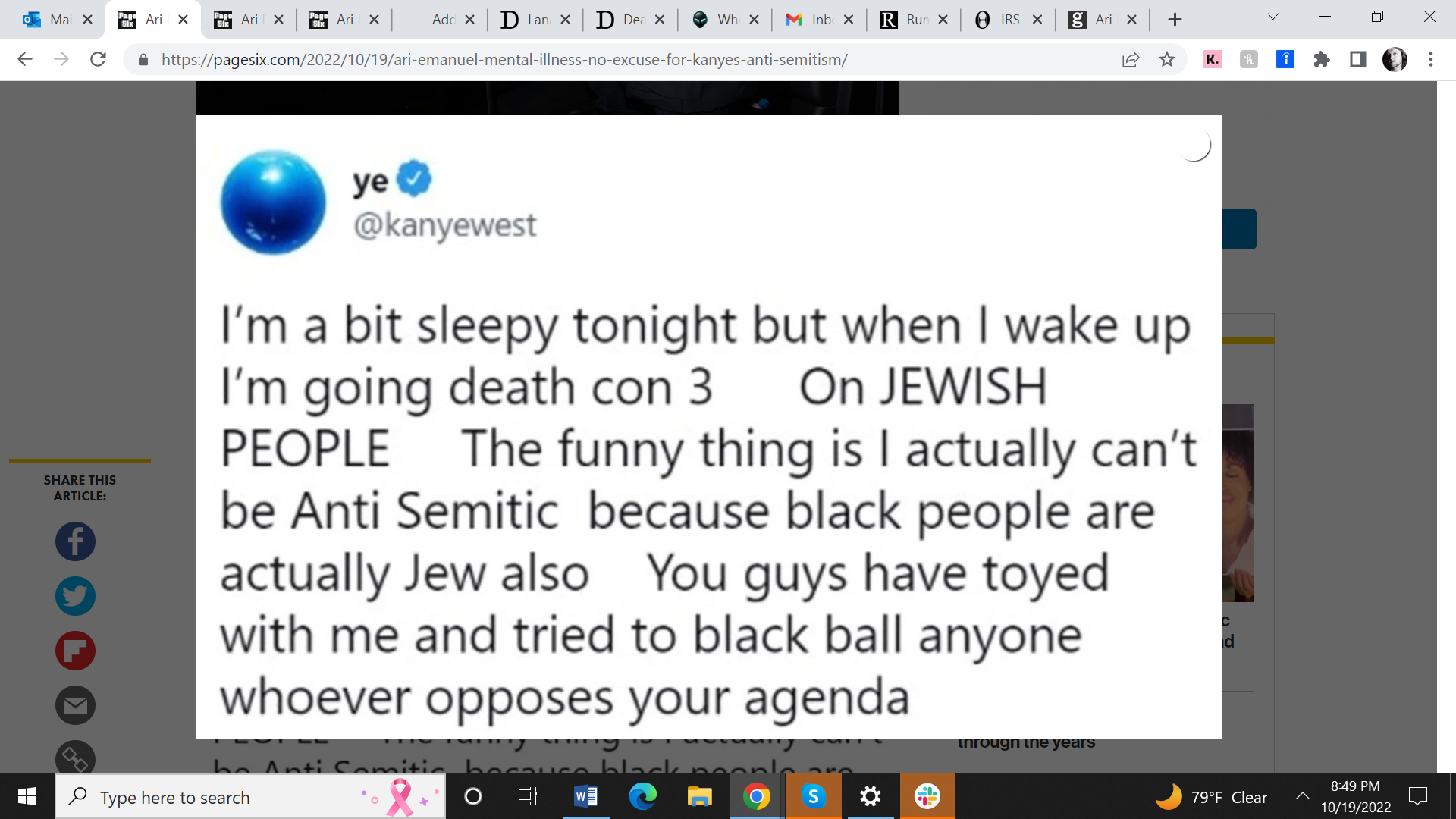