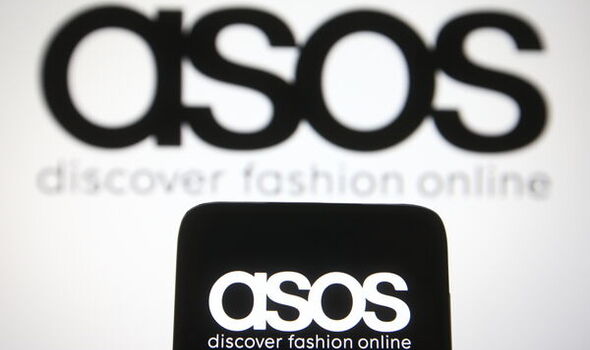 Asos said the move will give it “increased financial flexibility” amid an uncertain economic backdrop.

The company added: “Asos retains a strong liquidity position and this is a prudent step in the current environment.”

But the move appeared to unnerve investors.

By mid-afternoon, the firm’s share price was down more than 6 percent at 496.6p before recovering to close down 2.5 percent at 518p.

The latest fall means its shares have crashed by almost 80 percent, or around £1.8billion, since the start of the year.

It comes as Asos prepares to reveal results for the year to the end of August tomorrow.

Sky News reported over the weekend that the fashion giant had recently approached its banks, including HSBC, Barclays and Lloyds, to seek alterations to its borrowing agreements on the facility, which matures in 2024.

Asos, which specialises in selling the latest styles to twenty somethings, was an early Covid pandemic winner as locked-down consumers shopped online.

However, the company has struggled as people returned to high-street stores.

Last month bosses warned that the company expected profit before tax in the year to the end of August to be around the bottom end of its guidance of £20million to £60million after weaker than projected August sales.

It also forecast full-year net debt of about £150million, which was higher than previous guidance.

Sky News also reported that at least one major trade credit insurer, which provides cover to Asos’s suppliers in the event of its failure to pay them, was said to have decided to reduce its support.

Asos said in response: “This happened towards the end of August and there has been no adverse impact on trading relationships with our suppliers.”