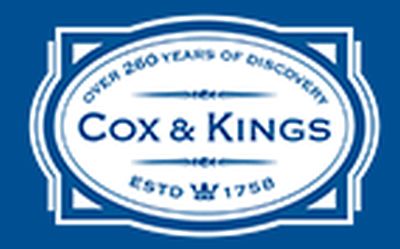 The ‘mystery’ of the education business sale by Cox & Kings is part of an Enforcement Directorate investigation, which is also examining the siphoning-off of funds to the tune of Rs 21,000 crore to dozens of so-called related-parties, highlighted by the forensic auditor.

In October 2018, a year before it went bust, an outbound specialist tour operator Cox & Kings (CKL), sold its education tour business in Europe for 467 million pounds (Rs 4,387 crore) with the stated aim of reducing debt and maximising shareholder returns.

But an inquiry ordered by the firm’s lenders has now found that the sale proceeds were not used to pay bank loans and instead allegedly siphoned off by the promoters.

The ‘mystery’ of the education business sale is a part of the Enforcement Directorate investigation, which is also examining the siphoning-off of funds to the tune of Rs 21,000 crore to dozens of so-called related-parties, highlighted by the forensic auditor.

In August 2019, the lenders had appointed audit firm PwC to examine the CKL accounts, which uncovered that a sum of Rs 4,367 crore was siphoned off by the group for unauthorised use and to reduce the debt at the promoter level.

Business Standard has reviewed the audit report submitted to the lenders and probe agencies.

To a query, CKL promoter Ajay Ajit Peter Kerkar said, “It is an interim report and has raised more questions than it answered. We have asked both PwC and YES Bank (the biggest lender) to investigate further. Until that time, we cannot comment on the interim report.”

Cox & Kings shut down last October after a string of loan defaults and is facing insolvency proceedings. The lenders have filed claims of Rs 5,500 crore against it.

Cox & Kings was acquired by the Kerkar family in 1981. In 2011, it made its biggest bet by purchasing UK-based travel company Holidaybreak for around Rs 2,300 crore.

But due to changed business conditions and high debt, it began divesting stakes or selling business units in Europe, including the education tours division in October 2018.

That sale was concluded last January. The lenders hoped to recover their dues, but within a few months, CKL started defaulting on loans.

YES Bank, which made total claims of Rs 3,642 crore, extended credit facilities to Prometheon Enterprises, a UK-based subsidiary of CKL, in March 2018.

At the time when loans were sanctioned, the CKL management had said prepayment of the sanctioned amount was envisaged from the liquidity generated from the sale of the education business. The utilisation of these proceeds, however, remains a mystery to them.

The CKL group shared five different versions about the utilisation of the sale proceeds with different parties, which clearly shows the intent to mislead and defraud the bank, the audit report noted.

“A careful analysis of facts would reveal that the bank had entrusted substantial monies to the CKL group, which was dishonestly misappropriated for unauthorised purposes, in derogation of approved terms of sanction. The CKL group companies conspired with each other and cheated the bank by inducing it to sanction credit facilities on the basis of fabricated books. Moreover, they have sold part of their business clandestinely and the proceeds thereof to siphon off to prevent distribution among creditors,” the report said.

CKL has indulged in the falsification of financial statements by overstating its sales figures and understating the debt position. Several fictitious transactions were also reported, projecting the wrong financial position of CKL, according to the report.

PwC has submitted two interim reports on the forged financials. According to it, between FY2016 and FY2019, CKL recorded cumulative sales of Rs 11,858 crore, of which Rs 6,400 crore was to Ezeego, a group company of CKL.

Of the remaining, Rs 3,908 crore were transacted to 15 non-existent/suspicious customers. During a physical site verification of the addresses of these customers, it was found that no travel agencies were ever operated from these addresses.

The detailed analysis of the transactions, which was not provided in their FY19 financial statement, shows that only Rs 679 crore was received as against the reported Rs 6,400 crore. However, Rs 679 crore is reflected as collection from the 15 customers. Further, although there was collection from customers to the tune of Rs 1,869 crore recorded in company ledgers, the same could not be traced in the bank statement of CKL.

“It is evident that no actual funds were received from these customers as against the collection of Rs 2,548 crore recorded in the CKL’s ledgers. CKL had manipulated their books and financial statement for the review period April 2014 and June 2019 to avail of credit facilities from the bank,” the report said.

PwC in its second interim report submitted in February indicated that CKL had reported other sales of Rs 5,278 crore to certain 147 customers during the same period. Upon cross-verification, a negligible amount has been collected from them, raising suspicion these were also bogus customers, said the report. Interestingly, 141 out of the 147 customers are not GST-registered.

In order to prepare the audit of accounts for FY20, RP-appointed audit firm Pipara & Co had requested certain confirmation from Raffingers UK LLP, the statuary auditor of Prometheon Enterprise.

The UK firm informed that it could not complete the audit of PEL for the year ended March 31, 2019 and had not signed any audit financials of this firm.

It was found that the forged financial statement supposedly audited by the UK audit firm was submitted to the DTS & Associates, statutory auditor of CKL, for consolidation of the accounts from a fictitious domain name email id of Raffingers (which is of an employee who had already left the firm in 2016). Raffingers had already filed a criminal complaint before the UK crime agency.