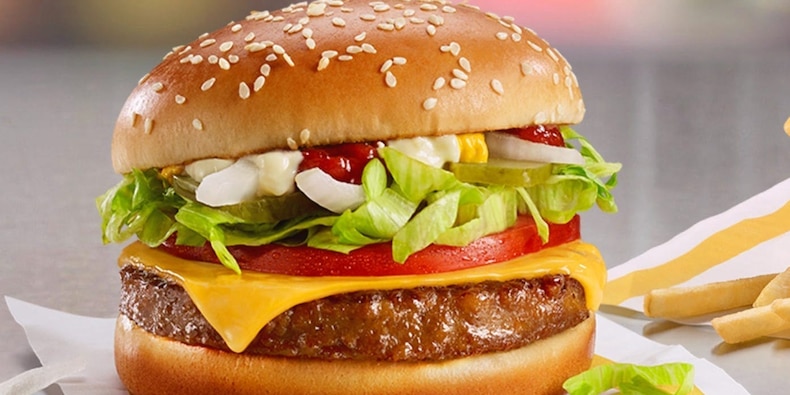 Shares of Beyond Meat gained 3.3% during premarket trading Friday after news of partnerships with two of the largest fast-food chains overshadowed weak fourth-quarter sales.

The stock fell sharply after the Thursday closing bell when the faux-meat maker announced sales in the fourth-quarter were $101.9 million, compared to the average estimate of $103.6 million. But news that Beyond Meat is partnering with both McDonald’s Corp. and Yum! Brands cause shares to retrace their losses.

Beyond Meat and McDonald’s will enter into a three year agreement that will place the
faux-meat maker as the preferred supplier for the patty in the McPlant burger. McDonald’s and Beyond Meat will also explore co-developing other plant-based menu items like plant-based chicken, pork, and egg substitutes, according to a news release.

This announcement solidifies the relationship between Beyond Meat and McDonald’s that began in 2019 with a Canadian test run of a plant-based burger. It also clarifies Beyond Meat’s role as the supplier for the McPlant patty, which confused investors in November when the McPlant was first announced.

Beyond Meat also will co-create plant-based menu items for Yum! Brand’s subsidiaries KFC, Pizza Hut, and Taco bell over the next several years. The partnership continues the relationship between Beyond Meat and the fast food giant.

In 2020 Pizza Hut launched two faux-meat pizzas, and in January Taco Bell announced it was working with Beyond Meat to create a plant-based protein.