Any market correction, analysts say, would be an attractive entry point for risky assets, which should do well over the medium-to-long term. 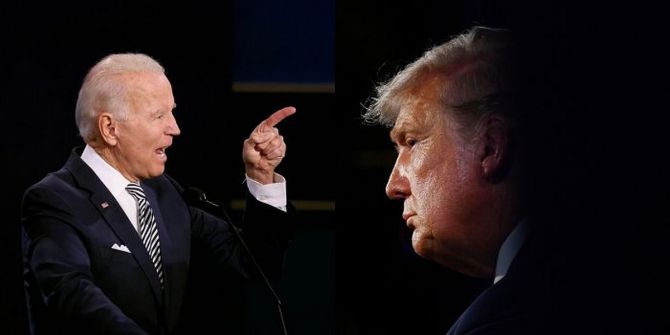 Global financial markets remain on the edge as the race for US presidential poll enters the final lap.

Analysts say while predicting the election outcome is harder-than-ever, a victory for Democratic candidate Joe Biden will be good for emerging markets (EM), including India.

That said, aside from which candidate ultimately wins, analysts believe what is even more important for the markets is whether the elections will see a clear ‘sweep’, where the winning party also takes both chambers of the Congress.

In such a scenario, more decisive policies could be pursued, in contrast to a situation where both chambers block each other and stall economic progress.

Also, this would allow for a meaningful stimulus package that could become a catalyst for a stronger market.

“This has seen investors book profit ahead of the outcome in the US and the money will look at other geographies, including EM.

“US Federal Reserve (US Fed) on its part is likely to keep the monetary policy accommodative and more stimulus is expected, which again will benefit EM.

“On the other hand, a Donald Trump win will see US dollar strengthen and could also be negative for world trade given his earlier stance on China,” said Jyotivardhan Jaipuria, founder Valentis Advisors.

On his part, Biden aims to rebuild global alliances and intends to obtain concessions from China on intellectual property and open markets, but via a coalition of international entities and following diplomatic norms.

Analysts at UBS estimate an 8 per cent earnings loss to S&P500 in 2021/22 through potential tax raise under Biden’s agenda.

In the short-term, they believe this could boost the relative attractiveness of Asian equities, pushing the already inexpensive relative price-earnings (PE) of Asia to the US to the lowest levels since 2005.

“Under a Biden presidency there would be more coordination with the OECD for a smooth and broad implementation of a digital tax, potentially putting a strain on the global tech sector and a drag on US equities.

“That could potentially mean a further diversification out of US dollar assets – a move that has already started on FX – in favour of European equities and the Green investment theme,” said Kokou Agbo Bloua, global head of economics, cross-asset & quant research at Societe Generale.

Over the past few days, Biden’s lead over President Trump has widened in key states (Pennsylvania, Michigan and Wisconsin) that Trump narrowly won in 2016, according to Reuters/IPSOS opinion poll released Sunday.

On an overall basis, Biden’s approval ratings, as per reports, now stand at 51.5 per cent compared to 43.4 per cent for Trump.

In case of Trump re-election, analysts prefer to remain overweight on gold and commodities in the backdrop of higher growth and slightly higher geopolitical uncertainty.

“A second-term Trump would continue the current policy positions, with the ‘America First’ policy likely to remain in place.

“Tensions between the US and China would likely continue, but with less focus on tariffs, and more emphasis on Hong Kong, equity flows, and technology.

The third possibility is a delayed election outcome due to the mail-in voting, which will keep the global financial markets volatile.

Any market correction, analysts say, would be an attractive entry point for risky assets, which should do well over the medium-to-long term.