New York (CNN Business)The 11th hour deal that prevented a crippling strike at the nation’s freight railroads is the biggest win for US unions in years.

The agreement, reached in the early hours Thursday, kept more than 50,000 engineers and conductors on the job, and won members the changes in work rules sought by their leadership. They also got an immediate 14% raise, backpay dating to 2020 and raises totaling 24% over the five-year life of the contracts.
It also showed the power that unions can still wield, especially when a strike threatens to deal a body blow to the nation’s supply chain and economy. The railroads will keep running while more than 100,000 union members vote on whether or not to ratify the tentative agreements in the coming weeks. Many of the votes, including by the engineers and conductors, are not yet scheduled.

In terms of big US labor contracts, however, this is just the opening act. 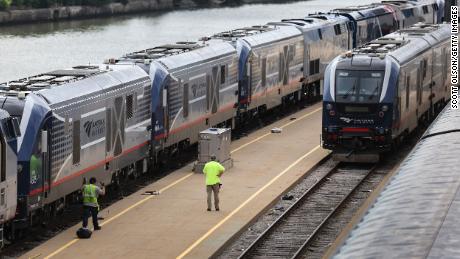 There are an additional 700,000 union members nationwide in key industries who could be getting new labor deals, perhaps after going on strike, in the next year.

Each of these unions seek not only lucrative contracts but significant changes in work rules and assurances of job security that could make it difficult to avoid work stoppages.
Here are some of the most crucial upcoming negotiations:

About 350,000 Teamsters at UPS are covered by a labor contract that expires at the end of July 2023. If the union goes on strike, it could be the largest walk out ever at a single US business.
A majority of Teamsters rejected their last UPS contract in 2018, but then-union president James Hoffa was able to agree to the offer because there wasn’t enough participation in the vote to trigger a strike.
An angry rank-and-file then elected a Hoffa critic, Sean O’Brien, as the union’s new president earlier this year. O’Brien made the UPS contract a key issue in his campaign for the job and vowed to make UPS, which just reported a record annual profit, pay more and improve work conditions for members.
O’Brien often talks about the $300 million strike fund the union has accumulated to pay members in case of a work stoppage.
“Do our members wake up every day wanting a strike? I’d say no. But are they fed up? Yes, they’re fed up,” O’Brien told CNN Business earlier this month. “Whether or not there is a strike, that’s totally up to the company. We’re going to utilize as much leverage as we can to get our members the contract they deserve.”
UPS said it is hopeful that the two sides can reach an agreement and avoid the company’s first national strike since 1997. The shipping giant employs more union members, by far, than any other US business. And it has been adding employees — including 72,000 new union members — since the start of the pandemic, even as other unionized employers trim their staffs. 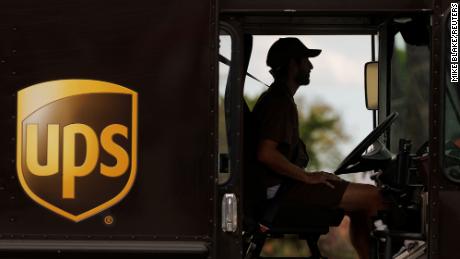 “We want a contract that provides wins for our employees and that provides UPS the flexibility to stay competitive in a rapidly changing industry,” the company said in a statement this month. “We believe we’ll continue to find common ground with the Teamsters and reach an agreement that’s good for everyone involved.”
If the union does go on strike, be prepared for massive disruptions to the supply chain and a body blow to the economy. UPS estimates that it carries about 6% of the US gross domestic product, the broadest measure of the nation’s economic activity. With growing fears of a recession, there will be tremendous pressure on union and management to reach a deal.
Teamster drivers and package sorters at UPS are covered under a different labor law than the one governing the railroads, so the government does not have the same authority to prevent a strike as it did with the rail workers.

Airlines are among the most heavily unionized industries in the nation, and those unions are among the most powerful. Nearly 200,000 airline union members have gone months, and in some cases years, since their last raise.
With carriers once again reporting strong revenue and profits, the unions are eager to claw back some of that revenue. The carriers have all acknowledge in comments to investors that they expect to see wages rise sharply.
And as with the rail unions, members are focused on staffing shortages and scheduling problems that they say have brought many employees to a breaking point.
The airlines are covered under the same labor law as the railroads, which means the deals don’t expire at a specific time. They become “amendable” when they reach the end of their terms, and if no contract is reached, the existing deal remains in place for however long it takes to hammer out a new one. 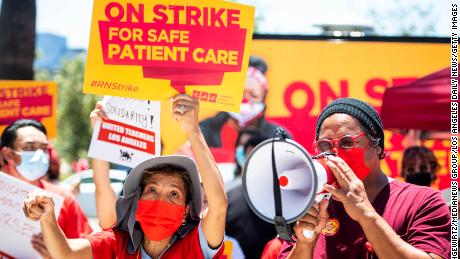 Members can strike, or management can lock them out, only after a 60-day cooling off period once federal mediators declare an impasse in talks. During that period, a presidential panel comes up with recommendations.
If a strike or lockout begins, it ends when the two sides reach agreement or Congress intervenes. Airlines negotiate with their own unions, so a strike would ground only one carrier, but even that would be a nightmare for the traveling public.
As a result, union leadership doesn’t know when their members might get new contracts. Some have been waiting since 2019.
“Air travel has returned…. I think this is the right time [for new contracts],” said Greg Regan, president of the Transportation Trades Department of the AFL-CIO. “Workers are going to demand better wages and better working conditions. But it’s hard to say on timing.”
It’s not just the passenger airlines whose contracts could come up in the next year. FedEx (FDX) is primarily nonunion, but its pilots are unionized and their contract became amendable almost a year ago. And soon after the Teamsters contract for UPS ground workers expires, contracts for UPS pilots and aircraft mechanics become amendable.

Deals are set to expire next year for about 150,000 United Auto Workers at General Motors (GM), Ford (F) and Stellantis, the company formed by the merger of Fiat Chrysler and Peugot’s PSA Group.
The last round of contracts were reached after workers at GM, angered by a number of plant closings, waged a six-week strike in September and October of 2019, months ahead of the pandemic.
There have been no plant closings since then. In fact, the automakers have been investing tens of billions of dollars to build new plants or transform old ones from traditional gas powered cars to electric vehicles.
But that switch to EVs could make the upcoming talks difficult.
It takes about 30% less labor to build an EV than a traditional car or truck because so fewer parts are needed to build them.
That’s a major concern for unions whose members build engines and transmissions. Earlier this month, more than 1,000 UAW workers at a Stellantis castings plant in Kokomo, Ind., walked out during a weekend over “local issues,” which allowed them to strike without causing a company-wide shutdown. Stellantis settled quickly because the parts from those plants keep its other factories running. 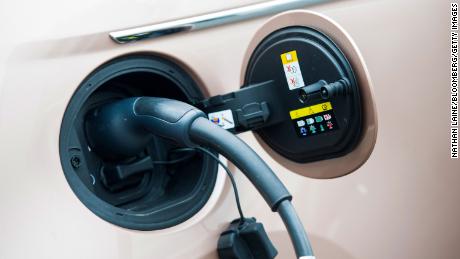 But that settlement did not address the looming question of what a switch to EVs will mean for union workers going forward.
Much of the labor needed to build an EV goes into the large batteries that power those vehicles. Automakers are rushing to build EV battery plants, almost all of which are joint ventures with battery makers. In fact, Stellantis is building one such battery plant in Kokomo in a joint venture with Samsung. So far, none of those plants are guaranteed to be staffed by union members.
That’s sure to be a major issue in the upcoming labor talks, according to Bernard Swiecki, director of research at the Center for Automotive Research, a Michigan think tank. “The planned switch to EVs is the big issue hanging out there,” he said.

Swiecki imagines that the UAW will want to press the issue in this round of talks rather than wait until the switch to EVs progresses further.
“Sorting out the unionization of the EV battery plants probably makes this the most interesting set of negotiations since the bankruptcy era,” Swiecki said, referring to the 2009 reorganizations at GM and Chryser, and the new deals that followed at all of the automakers.
Source: Read Full Article