Bill and Melinda Gates will do ‘absolute best’ to have healthy divorce: Marriage therapist

After marrying his wife, Bill Gates would spend a long weekend every year at a cozy beach cottage in North Carolina — with his old girlfriend.

The billionaire Microsoft founder made sure the bizarre arrangement was part of the deal when he married Melinda French in 1994, he told Time magazine in a 1997 profile.

"We can play putt-putt while discussing biotechnology," Gates said of his private getaways with fellow nerd techie and ex Ann Winblad.

Gates even sought Winblad’s approval before proposing to his wife.

"When I was off on my own thinking about marrying Melinda, I called Ann and asked for her approval," he said, adding that Winblad gave the other woman the thumb’s up. 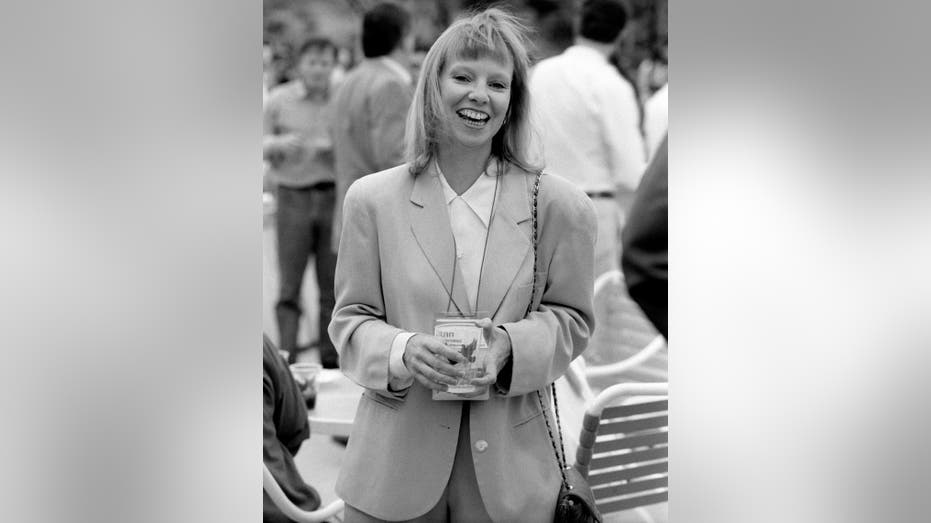 Winblad recalled, "I said she’d be a good match for him because she had intellectual stamina."

Gates — who announced with Melinda on Twitter on Monday that they were divorcing after 27 years of marriage — revealed that he and Winblad started taking an annual trip to his ex’s Outer Banks home when they began dating in 1984 after meeting at a computer conference.

The close pair continued making the yearly jaunt down South together even after breaking up in 1987, when Winblad, who at 70 is five years older than Gates, was reportedly more ready to settle down.

The secluded trips involved everything from riding dune buggies to hang-gliding and quiet strolls on the beach.

"We share our thoughts about the world and ourselves," Winblad told the mag.

"And we marvel about how, as two young overachievers, we began a great adventure on the fringes of a little-known industry and it landed us at the center of an amazing universe." 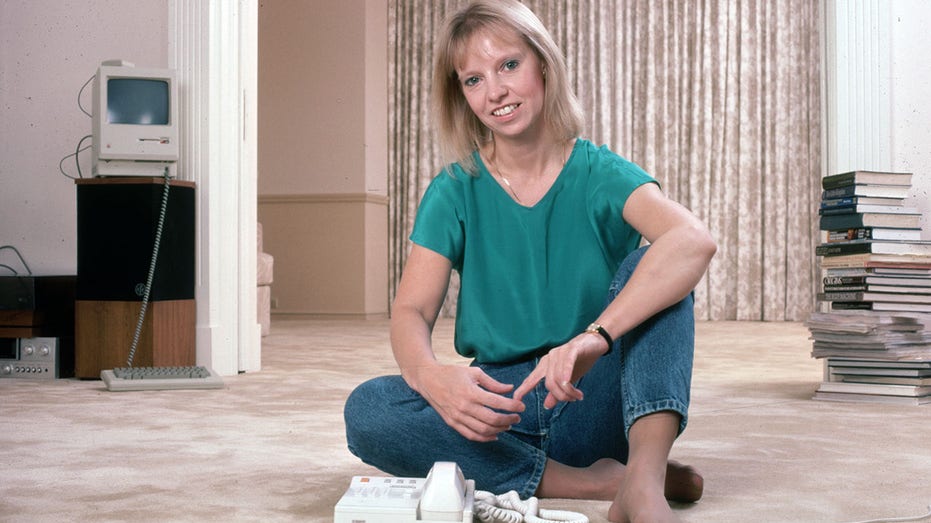 After marrying his wife, Bill Gates would spend a long weekend every year at a cozy beach cottage in North Carolina — with his old girlfriend, Ann Winblad. (Roger Ressmeyer/CORBIS/VCG via Getty Images)

At the time of the interview, Gates still had a photo in his office of him and Winblad on a trip to Germany, the magazine said.

He also had a snap of him, Melinda and a bunch of pals from a trip to Indonesia in 1995 among the rare personal pictures in his work space.

Gates and Winblad, a software expert and venture capitalist from Seattle, Wash., started off their romance like any other good computer-geek couple — with virtual dates, the outlet said.

They would each be in different cities but go to see the same movie at the same time and then talk about it over the phone.

"Bill wasn’t such a big deal when I started dating him," Winblad recalled to the San Francisco Chronicle in 2005.

"And there was a period of time when my net worth was higher than his, and I had to pay for everything. It was a very short period of time, but it was memorable," she quipped.

Meanwhile, Gates seemed eager to please Winblad — agreeing to stop eating meat at the time, although he has since fallen back on that stance, Time said. 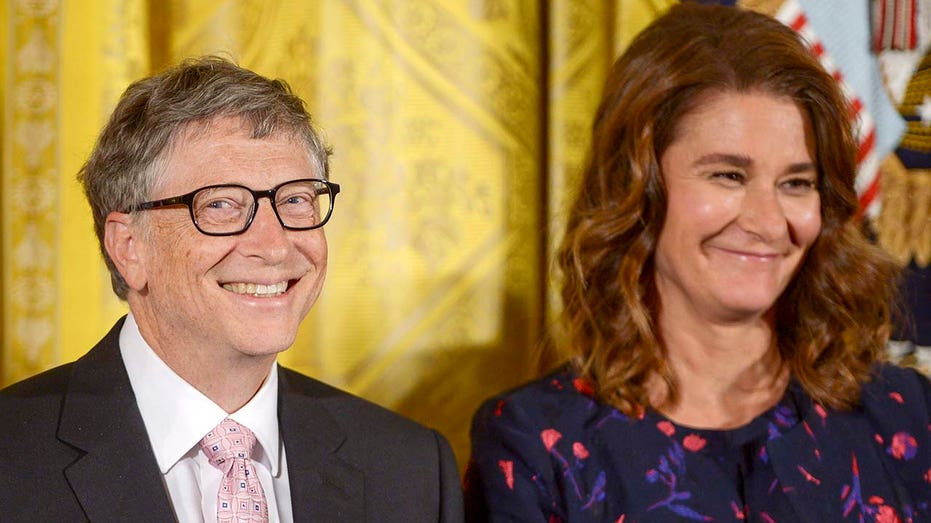 And she was in awe of his drive and confidence.

After they started dating, "Bill and I went for a walk on a beach, and Bill tells me, ‘I can see my way, if I really squint, to $500 million in revenue," Winblad told the Silicon Valley Business Journal in 2013.

That amount was at least five times more than what any software company was doing at the time, the outlet noted.

"Bill was a great influence on me, and I was thinking, ‘Wow, you can actually build a company that big in the software industry? Are you kidding me?'" Winblad said.

"I remember making him take a stick or a rock and drawing the numbers out on the sand for me. How was he going to get there? He then said, ‘What troubles me is I can’t see how I am going to get past $500 million.’

"I thought, ‘You’re troubled about that?’" Winblad recalled. "I was jazzed that someone could think their way through to $500 million. There was a lot of inspiration from each other back then because there was so little collective wisdom." 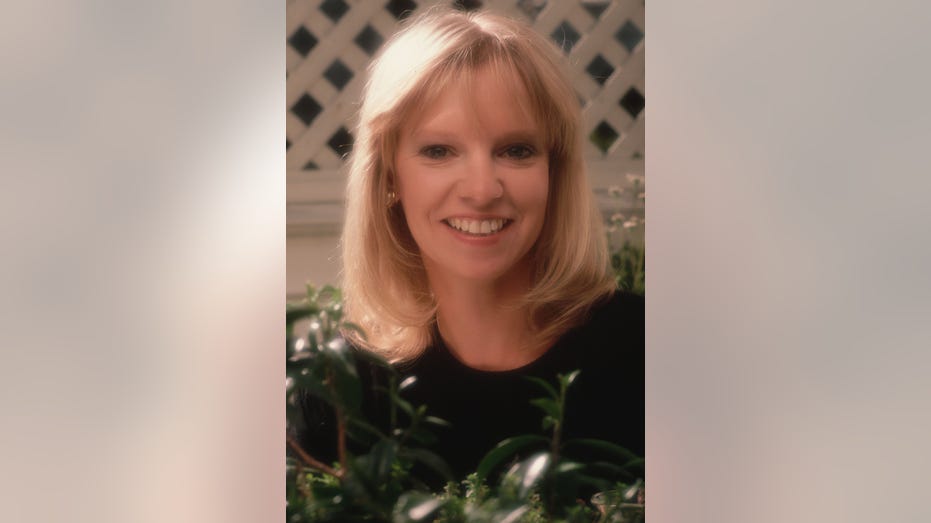 Ann Winblad told Time that the pair also enjoyed beach gatherings with pals that included what they called “the sing-down” — during which teams would get a word and have to come up with tunes featuring it. (Roger Ressmeyer/CORBIS/VCG via Getty Images

When the then-couple journeyed to Brazil, Gates brought with him a 1,100-page textbook on molecular biology — and the duo studied it together, Time said.

During a trip to a ranch in Santa Barbara, Calif., Winblad toted along tapes of famed physicist Richard Feynman so they could listen to them.

Winblad told Time that the pair also enjoyed beach gatherings with pals that included what they called "the sing-down" — during which teams would get a word and have to come up with tunes featuring it.

When Gates’ group got the word "sea," he disappeared for a few minutes, she said — then came strolling up singing a high-pitched version of "Puff the Magic Dragon."