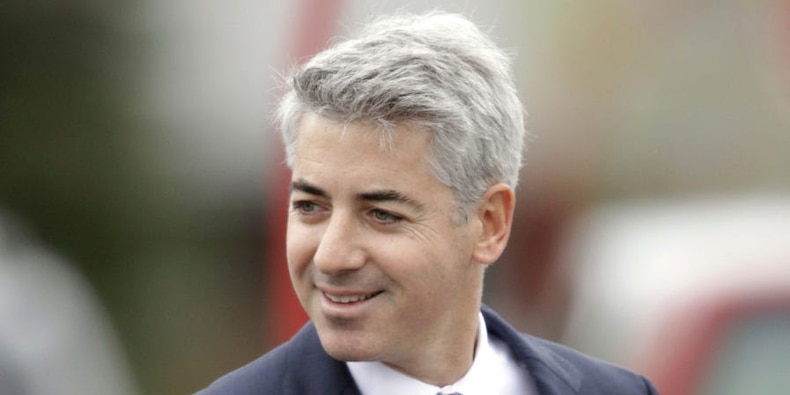 Billionaire investor Bill Ackman discussed hedging the pandemic, investing in Warren Buffett’s Berkshire Hathaway then exiting less than 18 months later, and the goal of his “blank-check” company during a virtual appearance at the Sohn Hearts & Minds conference last week.

1. “I had seen the Matt Damon ‘Contagion’ film so perhaps that was framing the mind” – on his early concerns about COVID-19.

3. “I felt what it was like to be a trader for the first time in my life. I’m not really a trader, but it was cool and I insisted on trading it alongside my traders just because it was fun” – on the experience of reversing his fund’s hedge after it paid off, using a laptop on a makeshift desk in a beach house.

4. “If you want to learn about the investment business just read everything Warren Buffett’s written, watch every interview he’s ever given.”

Read More: Time is ticking to secure a Brexit deal. Here are 2 ways JPMorgan’s chief market strategist for Europe says investors should prepare their portfolios ahead of the December deadline.

5. “The untold story of Berkshire is that it owns a lot of companies that, frankly, have opportunities for improvement and margin enhancement. I think Buffett’s one of the great allocators of capital, but also part of his whole ‘schtick’ is not getting involved in the management of any of the businesses that he’s acquired.”

6. “We felt that the next generation of leadership is gonna do less of the big Warren Buffett-type acquisitions and more of actually optimizing the portfolio” – detailing one of his reasons for investing in Berkshire, along with its attractive valuation and the promise of bigger stock buybacks.

7. “We’ve handed our capital to Warren to invest, but he’s handicapped a bit because he’s lugging around hundreds of billions of dollars” – on the thinking that led Pershing to sell its Berkshire stake. Ackman and his team were surprised Buffett didn’t deploy Berkshire’s cash more aggressively when the pandemic caused markets to tank in the spring.

8. “We have probably lost more money in Berkshire Hathaway than anyone in the world.”

9. “It’s a way for us to buy a super high-quality private company and add it to our stable” – on the purpose of Pershing Square Tontine, Ackman’s special-purpose acquisition vehicle or SPAC that raised $4 billion when it went public in July.

10. “The state of corporate governance, how directors think about their roles as fiduciaries has come very, very far over 17 years as a direct result of shareholder activism.”

Read More: Cannabis stocks soared after Biden’s win. Morningstar’s chief US market strategist told us the 2 names that are still the most undervalued – and says the industry is well-positioned for gains in the years to come.

11. “It’s like running for office. It’s the same dirty tricks and cheating, and claimed cheating on how the votes are being counted, and false advertising” – on the reality of being an activist shareholder.

12. “China was a tea-drinking country until Starbucks showed up.”

13. “Trump’s actually done a lot of good, he’s done some harm as well and he’s done it in a way that I think is far from ideal” – praising the president’s corporate-tax reforms and efforts to bring manufacturing back to the US.

14. “Ivanka’s probably gonna run in four years and I think how he handles this will affect her ability to get elected” – on the risk that President Trump’s refusal to concede the presidential election will hurt his daughter’s chances to become president in the future.

15. “It’s probably the single greatest time in history to open a restaurant” – Ackman pointed to pent-up demand fueled by lockdowns, low rents, and less competition due to restaurant closures during the pandemic.

Read More: A 28-year-old hedge fund co-investing chief shares how he advanced from community college to Wall Street – and breaks down his two-pronged approach to managing the fund’s volatility strategies

17. “I think unsophisticated people will take this announcement as, ‘Oh I don’t have to worry,’ and you want people to be a bit scared” – on the risk that Pfizer’s positive vaccine news makes people complacent and less diligent about taking precautions against catching and spreading the virus.

18. “An industrial company today can probably go public with a technology multiple” – on the booming demand for warehouses from e-commerce companies, and the fact that even Amazon, which controls many aspects of its business, still has to pay rent.

19. “If I ever think about it, just tell me the number I need to call to make sure I don’t do it again” – on the subject of whether he would return to short-selling.