BEIRUT — Fugitive ex-auto executive Carlos Ghosn says he is content with his life in Lebanon and ready for his next challenge — dealing with a team of French investigators who plan to question him next week about payments he made as the head of Renault SA.

Mr. Ghosn in late 2019 evaded trial in Japan over allegations of financial misdeeds as the head of Nissan Motor Co. by fleeing the country in a concert-gear box. In an interview, he said he has been preparing for the voluntary meeting with the French investigators through hourslong sessions with his lawyers.

"I've been looking forward to it," he said from an antique armchair in a boutique hotel here. "I would have liked them to come much earlier."

NISSAN FAILED TO REPORT INCOME FOR GHOSN IN JAPAN: REPORTS

As the center of gravity of Mr. Ghosn's legal jeopardy moves from Japan to France, the 67-year-old denies wrongdoing in both venues. He also says he doesn't regret the year and a half he has spent stuck in his boyhood home of Lebanon. Apart from working on his legal defenses, Mr. Ghosn spends one day a week organizing a business course at a local university. He goes on hikes with friends in the mountains around Beirut, and he plays online bridge.

Mr. Ghosn has long said he fled Japan because he didn't think he could get a fair trial there after his 2018 arrest. He now says he is no longer sure he would get a fair hearing in France, either. French authorities have seized millions of dollars worth of assets held by Mr. Ghosn and his wife amid the probe.

"I will see," he said, regarding his treatment by the French justice system. "I'll judge on the facts." He calls France's move to freeze his assets a method to "weaken my defense." French authorities say the seizures are proportionate to the allegations they are investigating.

Mr. Ghosn's escape quashed a planned trial in Tokyo, where he was accused of abusing his position as head of Nissan for personal gain and conspiring to hide part of his deferred compensation, charges he denies.

Lebanon doesn't extradite its citizens, so that trial is on indefinite hold. But a series of other legal proceedings that have sprung from it around the world are gaining pace. France is probing whether Mr. Ghosn abused his position as chief executive of Renault when he held two parties on the grounds of Versailles, the opulent former palace of King Louis XIV.

Mr. Ghosn has denied any wrongdoing over the Versailles parties, saying they were a public relations problem rather than a legal issue. He has said the payments to the Omani distributor were legitimate incentives.

Meanwhile, in the Netherlands, a court last week ordered Mr. Ghosn to repay about $6 million in salary he was paid by an Amsterdam-based joint venture between Nissan and Mitsubishi Motors Corp., another company in the alliance. The court ruled the pay wasn't justified. Mr. Ghosn — who initiated the proceedings — says he will appeal, and that he's owed money.

In all, Mr. Ghosn's attorneys say he faces more than two dozen legal cases or investigations triggered by Japan's allegations and his departure from Nissan and Renault, as well as his subsequent escape from Japan. Mr. Ghosn can't leave Lebanon. Interpol has issued a so-called red notice, alerting police and border-control officers around the world that he's wanted by Japan. Authorities here are holding his Lebanese passport.

Mr. Ghosn, who also holds French and Brazilian citizenship, once led a jet-set lifestyle. He was a regular at the annual mountain retreat for CEOs and world leaders in Davos, Switzerland. He traveled extensively between homes in Brazil, France and Japan, and to Renault and Nissan operations around the world.

In the interview, he says he doesn't regret fleeing Japan and giving all that up.

"I lost my other life, but I gained my freedom," Mr. Ghosn said. He said freedom was worth the legal and financial consequences, considering he was facing a trial that could have lasted years and charges carrying prison sentences that may have encompassed the rest of his life.

"I would have died in Japan," he said. "I was finished." Japan has said he would have received a fair trial had he remained in the country. 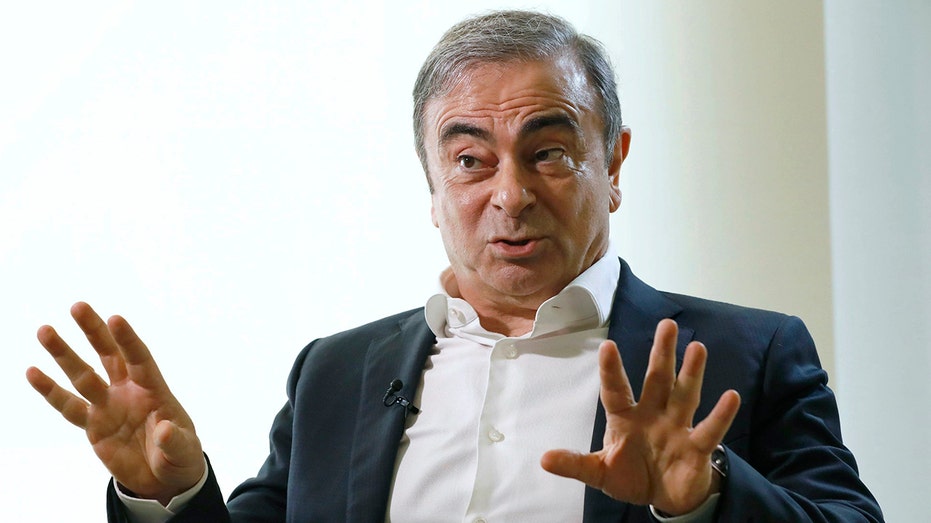 Three other former Ghosn associates are still there, facing charges stemming from his arrest and escape. The trial of two Americans accused of orchestrating Mr. Ghosn's spectacular escape starts next month. And his former aide at Nissan, Greg Kelly, is currently standing trial for allegedly helping Mr. Ghosn conceal compensation. Mr. Kelly is fighting those charges.

"I look at this poor Greg Kelly, rotting in Japan," said Mr. Ghosn. He says Mr. Kelly is being unfairly prosecuted and cites his long-running case as another reason justifying his decision to flee.

Mr. Ghosn visits his lawyers' office twice a week. He keeps a small, modest room there, overlooking a school, where he conducts conference calls with his attorneys around the world.

The French probe is a recent focus. Serge Tournaire, who started his career dealing with organized crime in Corsica, is leading that investigation. One of Mr. Tournaire's more recent investigations led to a five-year prison sentence for former French Prime Minister François Fillon, who was found guilty of financial wrongdoing. Mr. Fillon is appealing.

He also was involved in a case that led to a conviction and multibillion-dollar fine against Swiss bank UBS GROUP AG for tax evasion. The bank said at the time it would appeal.

Mr. Ghosn says his French legal team, led by Jean Tamalet of white-shoe Atlanta firm King & Spalding LLP and prominent Paris-based lawyer Jean-Yves Le Borgne, has been working with him through five-hour sessions ahead of the visit.

French authorities, meanwhile, have frozen a $7 million Paris apartment owned by his wife, a sprawling home outside the capital that Mr. Ghosn owns with his ex-wife, and more than 10 million euros, or about $12.2 million, from a bank account in Luxembourg that holds shares of Renault and French utility Engie SA.

Those assets won't be freed up until the French probes are resolved. French authorities have allowed Mr. Ghosn to continue drawing his state-funded pension, which amounts to about 7,000 euros, or about $8,500, a month.

Another legal case is proceeding closer to home. Mr. Ghosn is fighting in court here to stay in a historic pink mansion that was purchased and renovated with Nissan money. Mr. Ghosn, who has been living in the house since arriving in Lebanon, says it was promised to him as part of his retirement package. Nissan says it is the rightful owner of the property, and the car maker is trying to get Mr. Ghosn evicted.