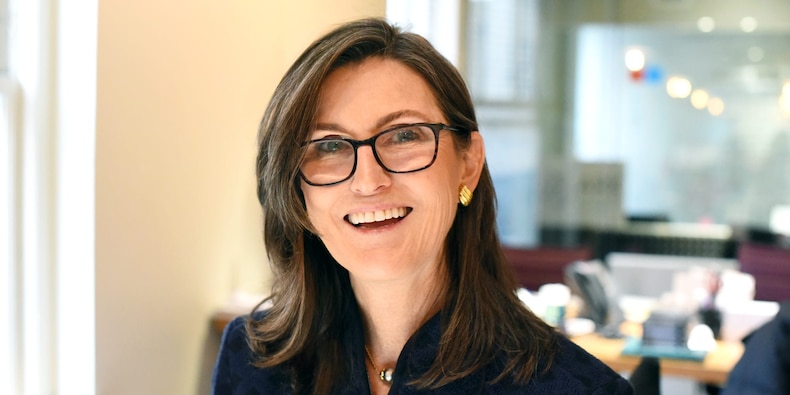 The ARKX Space exchange-traded fund is by far the largest shareholder of Wood's 3D printing ETF, holding over 8 times more shares than the second-largest shareholder, Oppenheimer Holdings, which owns just 0.71% of the fund.

The Space Exploration & Innovation ETF made its public debut on March 30 and took in $536.2 million in its first five days on the market.

Despite the undeniably successful launch, the Space ETF has underperformed since going public, with shares stuck trading around the public debut price of $20.30 per share.

Some analysts and market commentators have criticized Wood's space offering for investing in companies that do not necessarily generate revenues from space-related activities.

The Ark 3D printing ETF, which trades under the ticker "PRNT," has soared more than 51% over the past six months.

However, in the past few weeks, performance has begun to take a hit amid a rotation away from highly valued tech names in the market.

PRNT is down more than 21% from its February 9th record highs, and Cathie Wood is buying her own dip.

Wood remains confident in the upward trajectory of the market and her high-flying tech shares.

When Elon Musk asked the fund manager about the Buffett indicator-a ratio used by investors to gauge whether the market is fairly valued or not-flashing red recently, Wood trumpeted innovation and argued GDP was an old and broken metric.

Wood continues to double down on her top tech stock picks. The fund manager's flagship fund the ARK Innovation ETF even picked up another 1,045,600 shares of Palantir on Wednesday.