A whiz kid and a group of recovering addicts brought CBS to viewership glory as the Young Sheldon season four and Mom finales were the two most watched programs of Thursday evening.

Young Sheldon drew in a 0.7 rating in the 18-49 demographic and 6.84M viewers, up from its season four opening (0.7, 6.54M). The Big Bang Theory prequel, which stars Iain Armitage, was up against reruns of Grey’s Anatomy on ABC and Name That Tune on Fox.

In the next time slot Mom, starring Allison Janney, closed off its eight-season run (sans Anna Farris) bringing in 6.05M viewers and a 0.7 rating, a 27% rise in viewership and a tenth bump in ratings since its season premiere back in November. Though the finale saw a slight increase from the season premiere, Thursday’s event saw a dramatic drop in ratings from Mom‘s series debut in 2013 (2.5/6).

Mom and Young Sheldon proved to be a match for Elliot Stabler and Olivia Benson as Law & Order: SVU (0.7, 4.46M) and spinoff Law & Order: Organized Crime (0.7, 4.339M) tied the CBS finales in terms of ratings. On Friday, NBC revealed that the latter Law & Order installment has been renewed for a sophomore season.

NBC’s Manifest, a bubble show whose fate still remains undetermined heading into the network’s upfront presentation on Monday, drew in an average of 2.85M viewers and a 0.4 rating.

Leading up to its hour-long finale next Thursday, Tim Allen-starrer Last Man Standing brought in 2.20M viewers and a 0.3 rating in the 18-49 demo.

See all of Thursday’s primetime ratings below. 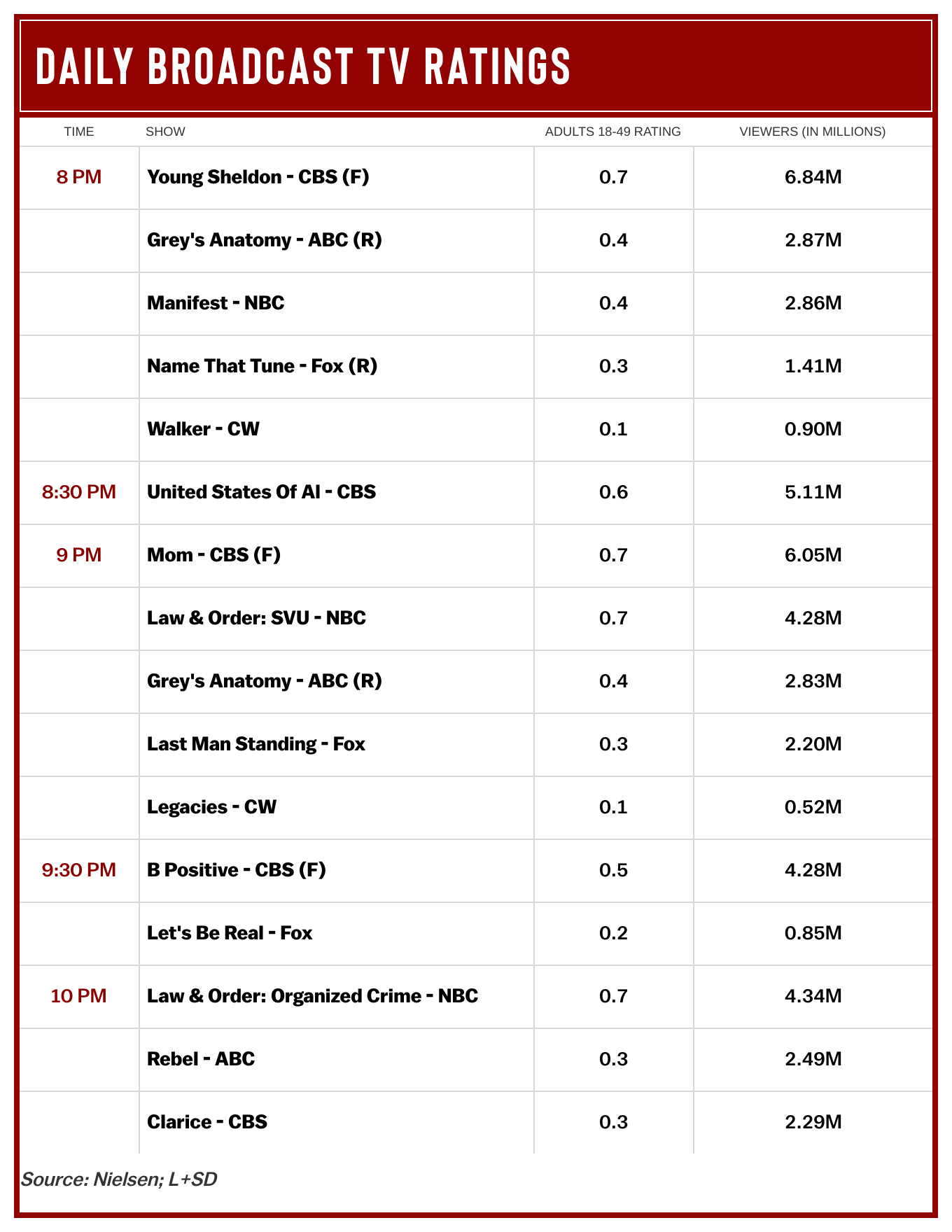