As cryptocurrency gains acceptance, more people are vying to get their paycheck and other benefits in bitcoin, Ethereum and other digital currencies.
Famous athletes, politicians and everyday employees are now getting all or part of their salary this way.

“Whether you’re the quarterback of the Green Bay Packers, or you’re driving Uber, you can get paid in bitcoin,” said Jack Mallers, CEO of Strike, a digital finance company.

New York City Mayor-elect Eric Adams recently tweeted that he wants to receive his first three paychecks in bitcoin. And Miami Mayor Francis Suarez tweeted earlier this month that he’s taking his next paycheck in bitcoin as well.

In New York we always go big, so I’m going to take my first THREE paychecks in Bitcoin when I become mayor. NYC is going to be the center of the cryptocurrency industry and other fast-growing, innovative industries! Just wait!

In the sports world, the Sacramento Kings are set to become the first major sports franchise to offer employees and players a bitcoin payment option. 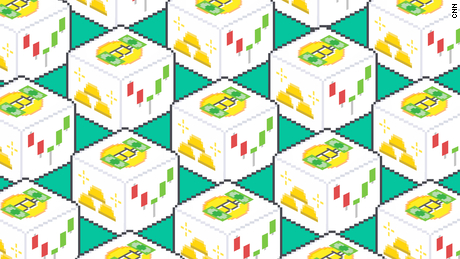 With major companies, like Paypal and Microsoft accepting payments in bitcoin, the cryptocurrency is also becoming an accepted means to pay wages and other fringe benefits like bonuses and retirement savings for rank-and-file employees.
“With the broadening support for use of cryptocurrencies in payments, it’s natural you’d start to see more people saying, ‘well, if I can buy the proverbial cup of coffee now with cryptocurrency, maybe I should get paid in it,'” said Garrick Hileman, head of research at Blockchain.com.
But if you have the option to get paid in bitcoin, should you do it? Here’s a few things you should consider first.

A number of companies are paying workers or making it easier to get paid in bitcoin and other cryptocurrencies.
UnitedMasters, a US music distributor, recently partnered with Coinbase to give independent music creators the option to get paid, in full or in part, in cryptocurrency for their streaming royalties.
“What we’re seeing is a decentralization of artists and creators not relying on legacy systems anymore,” said Steve Stoute, CEO of UnitedMasters. “As they move away from that center, it’s going to be opportunities and scenarios like this where they want to have the tools and the options to do things at their fingertips.”
BitWage, a payroll and HR service company that enables employers to pay salaries and retirement savings using cryptocurrency, also allows its workers to get paid in bitcoin.
Other companies including Strike, Choice and BitPay also offer some form of cryptocurrency payroll, invoicing or benefits.
Companies looking to pay their employees in cryptocurrency typically pay a 1% fee in the payroll process, but the option is usually free for employees, according to BitWage.
Workers using this service can opt in to receive all or a portion of their wages in digital assets and can choose which paychecks it applies to. 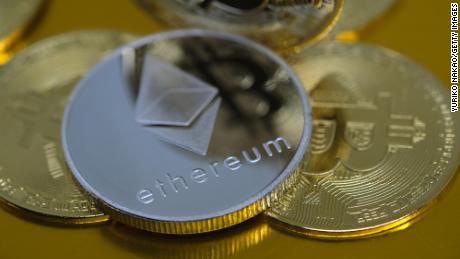 BitWage also offers its own employees payment in bitcoin and says generally, it has seen users allocate 5% to 10% or more of their salaries to the cryptocurrency.
“People see this as a way to get a higher salary in the long term. Basically get paid today, and have a savings account that accrues as opposed to losing money if it were just sitting as dollars,” said BitWage’s CEO and cofounder Jonathan Chester.
In today’s tight labor market, cryptocurrency payments can be seen as a way to attract and retain workers, said Merrick Theobald, BitPay’s vice president of marketing.
“You can’t always go up in salary, you have to look for those other ways to provide value to your employees or future employees,” said Theobald. “Health care and medical and all that we’ve already done, so now we have to look outside the box.”

But how do I get paid in bitcoin?

Even if you’re employer isn’t offering bitcoin as payment, you can convert your paycheck into crypto through a third-party service. However, keep an eye out for fees or any other extra charges that might be incurred.
“Getting paid in bitcoin or getting paid in another cryptocurrency makes the process of getting into the crypto world a lot more efficient and easy,” said Hileman.
Usually, if your employer is offering the option, it comes at no cost to you. Whereas using a third-party service can include fees for converting your paycheck into crypto, so you’ll need to read the fine print first.
You’ll also need to have a cryptocurrency wallet before getting paid. Cryptocurrency wallets allow you to send and receive bitcoin or other cryptocurrencies. Wallets mainly come in two forms: software and hardware. Software-based wallets are usually free while hardware-based wallets can cost up to $200. Companies like Coinbase, the largest crypto exchange in the US offers wallets.
Once you have a wallet, there are several services you can use to convert your paycheck into crypto.
Last month, Strike launched Pay Me in Bitcoin, which allows users in the US to deposit their salaries directly into their Strike account and convert an amount of their choosing into bitcoin with no fee.
Coinbase also recently rolled out a direct deposit feature that allows users in the US to have their paycheck deposited into Coinbase and makes it possible to get paid in cryptocurrency. There are no fees involved with depositing funds, but normal fees apply for additional transactions such as selling cryptocurrency.

What are the perks? And the drawbacks?

Before making the decision to get paid in bitcoin, there are few upsides and downsides to consider.
For starters, most cryptocurrencies are extremely volatile. That means the value of your payments can fluctuate at any given moment and you could lose a good chunk of your pay. In May, for example, bitcoin dropped to $30,000, plunging roughly 50% below its previous all-time high. 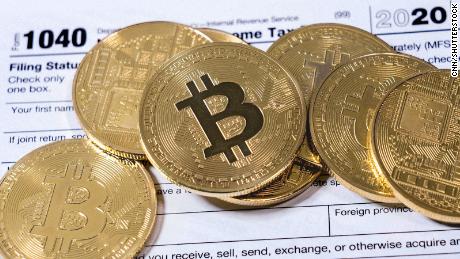 Taxes can also get tricky. Bitcoin and other cryptocurrencies are currently considered “property” by the IRS. That means they’re subject to capital gains taxes rather than income tax rates.
There are also fewer protections for bitcoin, leaving you vulnerable if you’re hit by a cryptocurrency scam or hack. Unlike with traditional payments, there’s no regulatory system in place that allows you to report or cancel a fraudulent transaction. And if you get locked out of your account, there is no way to gain access to your funds.
On the upside, crypto payments are immediate and eliminate the need to deal with a bank. That means payments can clear within seconds and often involve fewer transaction fees, according to Hileman.
Crypto also enables people to instantly transfer funds to others no matter where they are in the world without having to pay for a wire transfer.
“[Bitcoin] allows us to save and outpace inflation, it allows us to remit money to countries where previously fees are 50% and allows us to live externally of any central body or authoritarian regime,” said Mallers.

Is getting paid in bitcoin right for you?

With the cryptocurrency craze in full effect, it may be tempting to want to bet more of your money on the digital currency, but use caution.
“This shouldn’t be the person’s only reserves, said Daniel Johnson III, a certified financial planner and founder of Refocus Financial Planning. “For most of the population, it isn’t worthwhile to be paid in bitcoin. Nearly everything that most employees will need to buy will be transacted in US dollars, therefore a conversion back to US dollars will be necessary.”
If you’re really intent on getting into crypto, first consider your financial situation and financial goals. This includes reviewing financial basics like your monthly cash flow, budget and expenses to help gauge just how much of your paycheck you can afford to convert to bitcoin or other cryptocurrencies.

Hileman advises converting only a small amount of your pay, rather than risking your entire income.
“Oftentimes, people tend to be all or nothing, and that approach can be very punishing in the world of crypto assets,” said Hileman. “Start small and get familiar with what it is you’re doing, what changes you’ve made and go from there.”
Source: Read Full Article