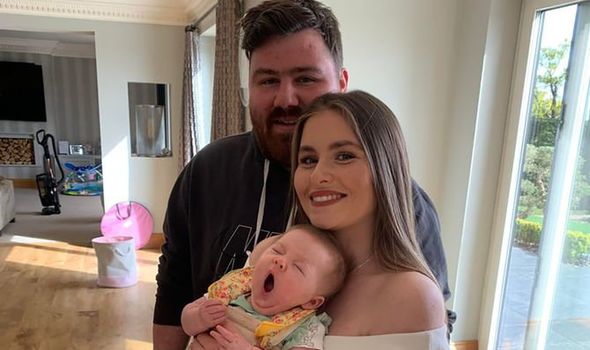 Jake Lavelle, 28, plunged into huge debt during his first year heading up JPL Flavours, in which he was unable to make a single sale. However, the risk and hard work paid off as it now turns over more than £6,000,000 every year and Jake now plans to expand overseas.

He “fell into” the industry aged just 16 when he applied to become a junior flavourist at Hagelin, a firm which eventually was bought out and closed in 2013.

And in the following year, Jake decided to “make a go” of his own company and, despite the dire debt initially, the firm managed to turnover £250,000 before that increased to a staggering £1.8 million in 2017.

Speaking to Cheshire Live, the shrewd businessman said: “It was a lot of debt – I was £200,000 in debt before I made a sale because it can take a long time for something to get signed off.

“We just want to get the work done and I think that’s why we’ve become so popular because we just get it done.

“It’s just about getting stuck in, I’ve got a candle that says ‘smells like this meeting could’ve been in an email’.”

And indeed Jake, who was brought up in Bebington, Merseyside, now works with some of the biggest brands in the UK, including biscuit makers and sports nutrition firms.

His company, operating with 27 employees out of a site in Neston, Cheshire, analyses the chemical compounds in foods to blend new flavours or adapt existing ones.

“Essentially you take something like an apple from nature, smash it up and then you analyse it,” the dad added.

“There’s a lot of chemical compounds that naturally exist in everything, including the food that we eat and our job is to essentially look at things at the molecular level.

“I completely fell into it. I went for a job when my mum and dad told me to stop being lazy when I’m not in school

“Most people don’t know this job exists and I just became completely fascinated by it.”

Phil Anders, the Hub’s manufacturing advisor for Liverpool City Region, Warrington and Cheshire, said: “I have known Jake for several years and he is one of the most innovative and creative entrepreneurs we are working with.

“He has built a new state-of-the-art facility that has taken the business from a start-up to one that has global plans, and I am confident Jake and his team will realise their ambitions.

“This is a local business employing local people and I’m happy that we were able to support them through the Manufacturing Growth Fund.”

As well as constructing a new 18,000 sq ft warehouse, employing five more people, Jake now has his sights set on opening a facility across the Atlantic in Reno, Nevada.

“We’re just just going to start pushing to become global quickly because everything is about momentum.”

But despite his rapid success and receiving ‘multiple offers’ from firms looking to buy JPL Flavours, Jake said he would never sell and that the only other person who will run the company will be his daughter Orla, who was born in March.

He said: “After my daughter was born I made a bit of a statement on LinkedIn, and made sure everyone saw it, saying ‘we will never, ever be for sale’.

“The only person who will run this company apart from me is my daughter, if she wants to. There’s a lot of legacy things I’m putting in place at the minute. It will stay within the family hopefully for as long as possible.”

Jake, who is currently working days of up to 18 or 20 hours long, also credited his partner Danielle for her love and support throughout his venture.