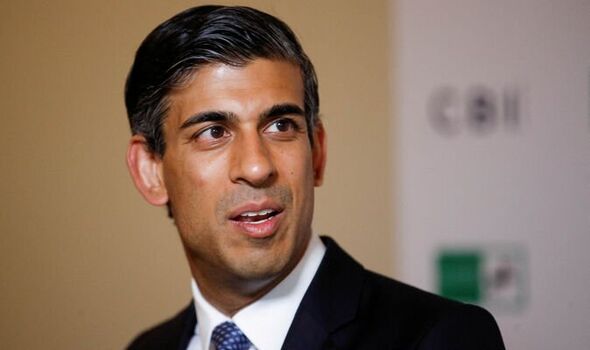 UK gross domestic product will grow 3.6 percent this year but stagnate in 2023 due to the cost-of-living crisis, ­predicts the rich-economy organisation. People will spend less as inflation squeezes their finances, while business investment will be dampened by high interest rates and continued economic uncertainty. The OECD said that the Government “should consider slowing fiscal consolidation to support growth”, while doing more to protect people and businesses from the ravages of price rises.

The Paris-based forecaster also said that the Government should set out a clear plan and timetable for decarbonising the economy to boost investment, support jobs and energy security.

It said: “Fiscal policy has to balance gradual fiscal tightening with targeted support to protect vulnerable households from the rising cost of living and significant spending, and investment needs to support productivity.

“Government programmes should focus on providing certainty about the transition to net zero to support investment and accelerate the reduction of fossil fuel dependence.”

Britain’s forecast is the worst in the G20 group of nations, apart from Russia.

The OECD warned it could be even worse with a protracted war in Ukraine and energy prices remain high. It warns that a period of prolonged acute ­supply and labour shortages could permanently hit businesses’ operating capacity.

The think-tank said that the world will pay “a hefty price for Russia’s war against Ukraine”. It believes the conflict will knock 2022 growth down from the 4.5 percent it forecast in December to three percent and 2.75 percent next year.

He said: “To have the risks to the global economy, particularly in Europe as well as the UK, spelt out so starkly, seems to have prompted increased anxiety amongst investors sending yields higher, and equity markets lower.”