DMX remains at a hospital in White Plains, New York, where he was rushed late Friday night after suffering a heart attack.

The rapper’s longtime New York-based lawyer Murray Richman told The Associated Press on Saturday evening that the 50-year-old hip-hop star was on life support but said he could not confirm reports that DMX overdosed on drugs and was not sure what caused the heart attack.

“We are concerned,” Richman told PIX 11 News (WPIX-TV). “It would be disingenuous to suggest that I’m not a worried man at this particular point.”

“I’m very sad about it, extremely sad. He’s like my son,” Richman said, according to AP. “He’s just a tremendous person, tremendous entertainer, tremendous human being. And so much to offer, so much to say. Not the run-of-the-mill rapper. A person of great depth.” 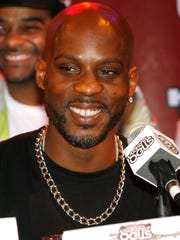 DMX (seen here in 2012) has suffered a heart attack and is hospitalized on life support. (Photo: Mike Lawrie, Getty Images)

Born in Mount Vernon and raised in Yonkers, DMX, whose legal name is Earl Simmons, has faced a string of criminal, legal and personal issues in recent years.

In 2016, Yonkers police and Empress Ambulance first responders saved DMX’s life after the rapper was found lifeless outside a Yonkers hotel.

Celebrities and friends of DMX took to social media to offer their prayers and support to the rapper.

Rick Ross shared a video on Instagram Stories asking his followers to pray for “DMX the legend.”