If credit card delinquency spells trouble, there may be questions with regard to the much bigger retail sub-categories of car and housing loans, notes T N Ninan. 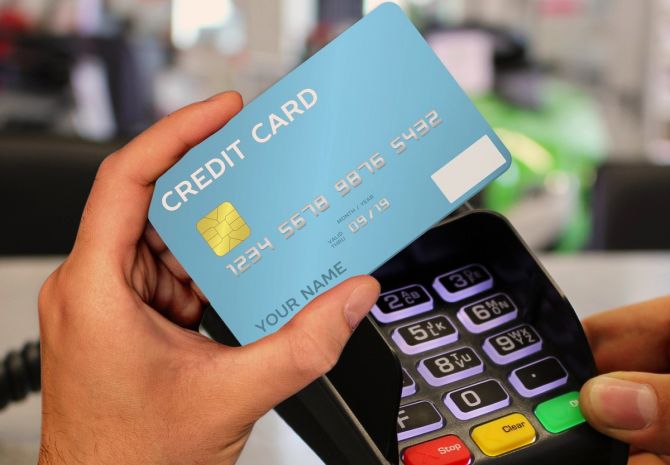 It could be the canary in the coalmine: SBI Cards and Payments has reported a trebling of its bad loan percentage in just one quarter.

If it had not been for the moratorium order preventing the full recognition of delinquency, the bad loan ratio would have jumped more than five-fold, from 1.4 per cent to 7.5 per cent.

Credit card debt as a percentage of the total is tiny, but it is expensive credit and default is usually a sign that personal finances are in trouble. So does this development have a larger significance?

In the last couple of years, the government-owned banks had mimicked some private banks and switched their focus from industrial credit to retail and service sector loans, which now account for over half the total loan book.

This had followed the realisation that industrial loans (especially to large companies) often ran into trouble.

Bad debts were as high as 17.6 per cent, most of it involving large borrowers, even as bank scams continued to flourish — 90 per cent of it in the government’s banks, which clearly face continuing problems in assessing risk and spotting scamsters.

And so, retail and service sector loans have grown rapidly, some sub-sectors at 20 per cent and 30 per cent, year on year, even as industrial loans have stagnated.

Now, if credit card delinquency spells trouble, there may be questions with regard to the much bigger retail sub-categories of car and housing loans.

India has only 57 million credit cards (debit cards are many multiples of that), and are mostly held by people in the top 10 per cent of households.

If delinquency rates soar in this category, it speaks of financial stress in even the relatively privileged homes whose people have (or had) jobs in the formal sector, or who run small businesses that may or may not be in trouble. The full picture will become clear as more data emerges.

As it happens, the government-owned banks had just begun to see light at the end of a dark, five-year-long tunnel.

The government in turn had probably hoped that its annual cash infusion to bolster the capital of these banks (a treasury-emptying Rs 2.66 trillion in the three years to 2019-20) was coming to an end — specially with some of the weaker banks being merged with stronger ones.

Still, given their poor levels of recovery on written-off loans, government banks have not done anywhere near enough provisioning. The shortfall, when made up, will put stress on capital adequacy.

In addition, if COVID-19 causes fresh havoc to government-bank finances, it could be back to the old story of large-scale losses prompting further capital infusion.

We won’t know for a while how good or bad the story is going to be, which is why the development with SBI Cards is still only a canary — that is, an early warning.

The moratorium on loans till August, followed by permission for a fresh but selective restructuring of loans, is based on sound logic in that special circumstances require exceptions to the usual rules.

Businesses that are otherwise sound should be given breathing space to get back on their feet. But such steps also delay the full discovery of credit quality.

Especially with the Supreme Court getting into the act on what interest banks can or cannot charge, and uncertainty about whether the government will pay the forgone interest to the banks, we are in uncharted territory.

A year from now, it may look like the dark financial tunnel has got longer.

The government now talks more openly than before of outright privatisation of some of its smaller banks.

Ironically, the repeated rounds of capital infusion have meant that government ownership in these banks has increased proportionately.

Yet sale will have to be at poor valuations, since all of them quote at significant discounts to book value.

Questions could be asked even 20 years later, as Arun Shourie has discovered about that Udaipur hotel.