They have also called for giving cash to the poor, so that demand is generated in the economy. 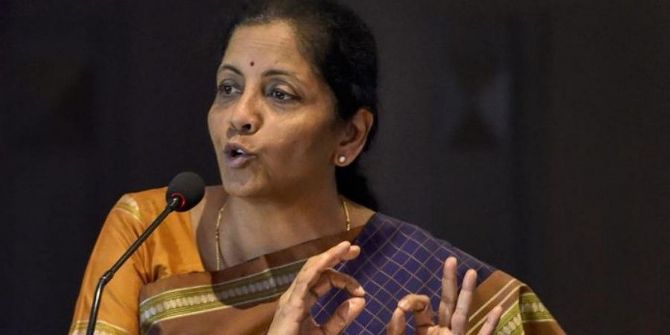 Economists have asked the government not to tweak the range of consumer price inflation target for the Reserve Bank of India’s (RBI’s) monetary policy committee (MPC).

In a pre-Budget interaction with Finance Minister Nirmala Sitharaman on Wednesday, they asked the government to stick to the inflation target of 4 per cent, with tolerance levels at 2-6 per cent.

The current range of 2-6 per cent is valid till this fiscal year-end.

The consumer price index-based inflation rate has not come down below 6 per cent till November in the current fiscal year, barring March.

According to the RBI Act, amended through the Finance Act, 2016, the central bank has to send a report to the government in case of breach of mandate cited above, stating reasons for failure to achieve the target, remedial actions proposed to be taken by it, and an estimate of the period within which the inflation target will be achieved.

However, the RBI’s MPC has not taken April and May inflation numbers into consideration because these were imputed, escaping government scrutiny.

As such, many quarters have asked for relaxation in the inflation target, at a time when economic growth has become a prime concern.

Economists also called for giving cash to the poor, so that demand is generated in the economy.

Some economists wanted the Amul cooperative model to be adopted for the rural economy.

They called for early detection of bank credit turning into bad debt.

They also suggested the government come out with a new road map for fiscal consolidation and debt-to-gross domestic product ratio.

According to a statement by the finance ministry, more than 170 invitees representing nine stakeholder groups participated in the five meetings held from December 14-23 for Budget 2021-22.