Elon Musk opened up about perhaps the worst year of his life in an interview with the Tesla Owners of Silicon Valley club.

Speaking with members of the club and the Kilowatts podcast, Musk discussed the early days of Tesla and the rise of his electric car company.

Musk told the hosts that his first years as CEO of the company were by far the most difficult. He revealed that 2008 was a "nightmare year" for Tesla and SpaceX, and in his personal life.

SpaceX did have an extremely rough roll-out in the early years of the company. However, it has since launched numerous cargo payloads and astronauts to the International Space Station for the National Aeronautics and Space Administration (NASA), including 19 rocket launches this year alone.

"My marriage had fallen apart, so I'm getting divorced," Musk continued as he recalled his worst year. "The Tesla financing round was falling apart, and we're nowhere near production. And we have the Great Recession."

Elon and Justine Musk divorced in 2008. The pair have five children together.

"Good times," he joked. "Extremely brutal to say the least – the lowest of the lows." 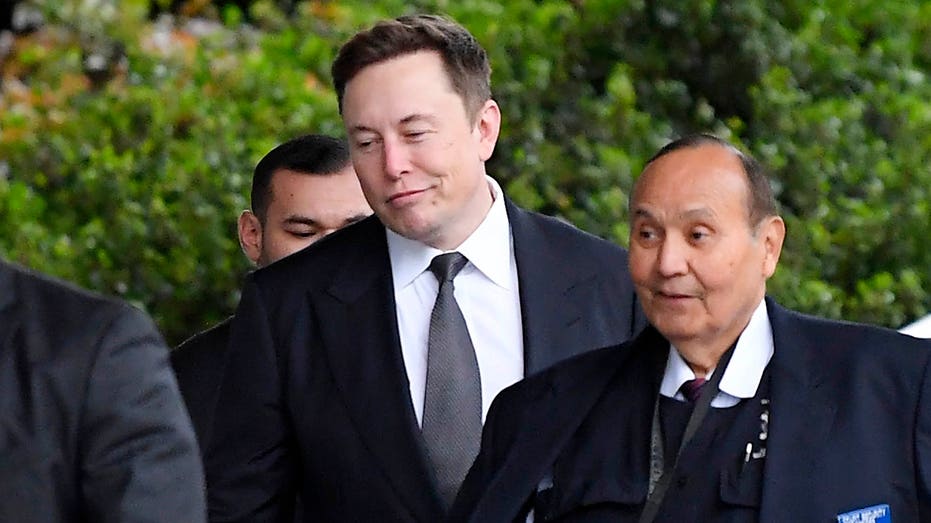 Elon Musk said in the interview that bankruptcy was “knocking at the door” from 2008 to 2012. (AP Photo/Mark J. Terrill)

Musk said later in the interview that bankruptcy was "knocking at the door" from 2008 to 2012. He said he invested $40 million of the money he made from the sale of PayPal into his companies, splitting it between Tesla and SpaceX.

"Fortunately the fourth launch of SpaceX reached orbit," he said. "If that fourth launch had failed, SpaceX would be dead, for sure. And then we closed the Tesla financing round on the last hour of the last day that it was possible, which was 6 p.m., Dec. 24, 2008. Crazy."

Musk now says he expects the overall headcount at the electric automaker to grow over the next year.

He also said the number of salaried staff should be little changed.

This comment came in a tweet on Saturday, just a couple days after Musk, in an email seen by Reuters, said Tesla would pause hiring and 10% of its workforce would be cut.