FormFactor, Inc. (FORM) shares rose more than 8% after D.A. Davidson upgraded the stock to a Buy and raised its price target to $30, representing a premium of approximately 20% to Friday's closing price.

D.A. Davidson analyst Thomas Diffely believes that FormFactor is well positioned to benefit from the extended COVID-19 driven global recession given its exposure to key industry spenders and "minimal" impact from new Commerce Department rulings. Diffely added that FormFactor could be a "key beneficiary" from secular industry trends given its strong balance sheet.

Analysts have been mixed on the name over the past few months. Cowen & Co. initiated coverage of FormFactor stock with a Market Perform rating and $23.00 price target in late April. Prior to upgrading the stock on June 1, D.A. Davidson downgraded FormFactor shares in early April, citing growing COVID-19 uncertainties and the related near-term supply challenges. 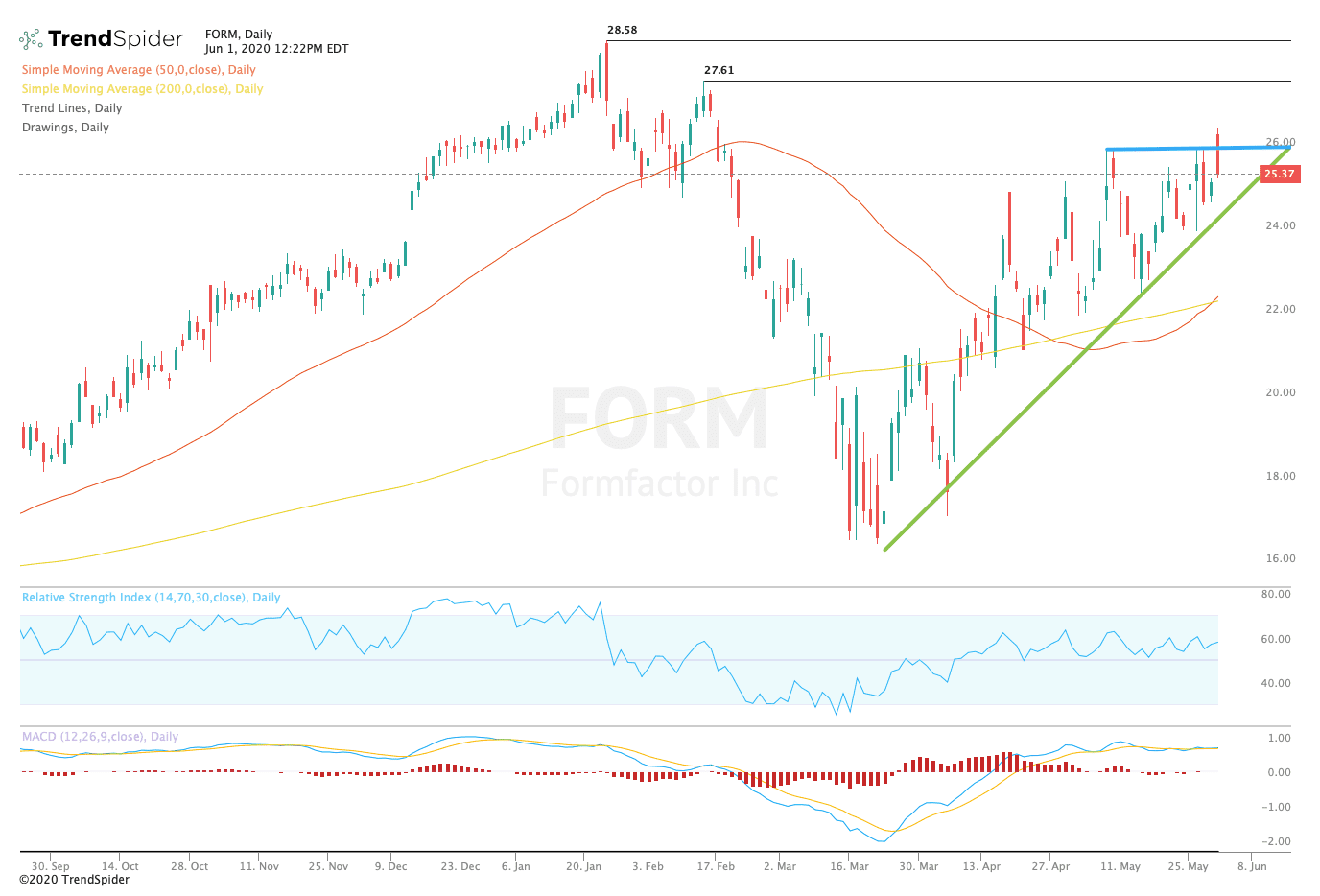 From a technical standpoint, FormFactor stock broke out from an ascending triangle pattern following the analyst upgrade. The relative strength index (RSI) remains neutral with a reading of 58.02, and the moving average convergence divergence (MACD) continues to trend sideways. These indicators suggest that the stock has room to run over the coming sessions.

Traders should watch for a continued breakout and move toward reaction highs of $27.61 over the coming sessions. If the stock fails to close above trendline resistance, traders could see a move lower toward the 50- and 200-day moving averages near $22.40. If the stock breaks out, traders could see a move to retest prior highs of around $27.61 and $28.58.

The author holds no position in the stock(s) mentioned except through passively managed index funds.