Gen. Keith Kellog on Biden’s handling in Afghanistan: ‘He lacks the will to move forward in a dangerous situation’

Gen. Stanley McChrystal knows a thing or two about leadership and how sending the wrong messages can have serious repercussions.

After spending more than 30 years serving in the U.S. military, where he oversaw countless combat operations, the four-star general resigned as commander of U.S. forces in Afghanistan during the Obama administration amid political fallout over a Rolling Stone article. 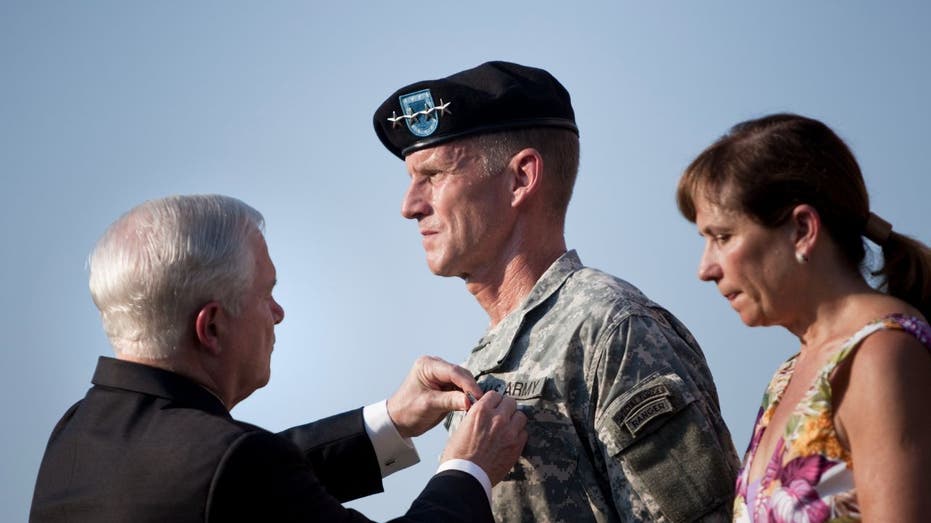 Annie McChrystal stands with her husband, Gen. Stanley McChrystal, as he is awarded the Department of Defense Distinguished Service Medal by Secretary of Defense Robert M. Gates during a retirement ceremony at Fort McNair July 23, 2010, in Washington

The magazine brags that its piece claiming McChrystal criticized then-Vice President Joe Biden – whom he endorsed a decade later – "brought down" the general.

But he seems to be doing all right.

McChrystal told FOX Business that going from a lifetime of being a soldier to instantly becoming a civilian was "stunning." Yet, after being away from his family for six years in war zones, he is now able to spend cherished time with his wife, son and three granddaughters.

The general didn't want to be just another former top brass selling defense stuff to the military following his retirement. Besides sitting on the boards of several businesses, he started a consulting firm, McChrystal Group, focused on leadership development for organizations – and by all indications, it is thriving.

He's also written a new book, "Risk: A User's Guide," co-written by McChrystal Group associate Anna Butrico. Within it, he talks business and war and tells a lot of stories. He also gives his take on some challenges facing the U.S. today. 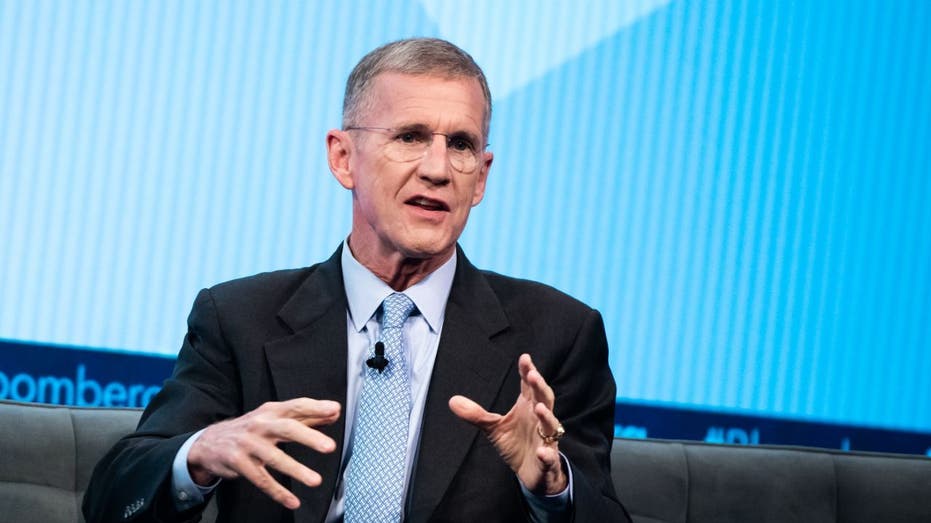 "Both al Qaeda across the globe and the Taliban in Afghanistan have gone to school on the American experience," he writes. "Each seeks to communicate that the risks of continuing to actively oppose them on battlefields in the region aren’t worth the sacrifice."

When asked about how he sees the Taliban now that it has overtaken Afghanistan, McChrystal told FOX Business he doesn't see them as an international threat, explaining, "Unless we're willing to go in there, I think our interaction with the Taliban will be limited."

McChrystal doesn't envision American going back into Afghanistan, for the record, but says that the damage has been done as far as how America left after 20 years.

FORMER ACTING DNI GRENELL WARNS ‘CHINA IS COMING FOR US’

"The message that is being taken away from everybody involved in Afghanistan – not just the Taliban – is that the West got beaten again," McChrystal says. He called the optics at Bagram Air Base when the U.S. pulled out "a little jarring."

While the U.S. military equipment left behind that landed in the hands of the Taliban isn't strategically relevant, "it's a real humiliation to have stuff that the American taxpayers paid for end up claimed by the enemy – apparently so easily," he says. 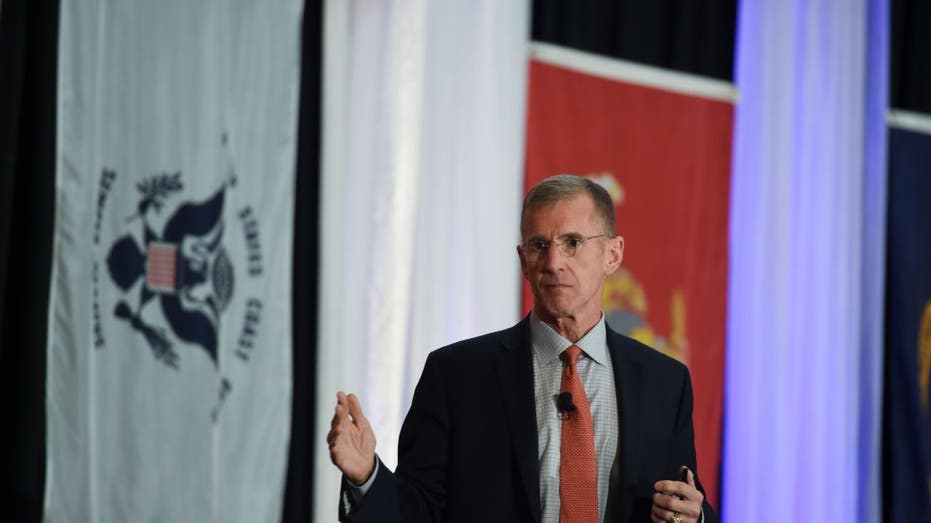 Gen. Stanley McChrystal speaks at the Honoring Those Who Serve luncheon. (Photo By Lauren A. Little/MediaNews Group/Reading Eagle via Getty Images)

It's possible al Qaeda or ISIS (or both) could establish "the equivalent of sanctuary in Afghanistan," the general says, but he continues, "I don't lose sleep over it because the reality is they could go almost anywhere in the troubled parts of the world … so I don't think that will present a uniquely dangerous threat to the United States and produce another 9/11."

What McChrystal does warn of is the polarization happening in American society today, which he sees as a very real threat that the mainstream media is feeding.

"Adolph Hitler said if you say the same message enough times, at a certain point it resonates and people – at least a good percentage of people – start to believe it," the general said. "I think we're going to find that same thing is happening with our mainstream media. And our mainstream media will argue, ‘Well, we're just conservative' or ‘We’re just liberal,' and ‘We’re necessary to balance the other side.' But what it is going to do is influence a part of our population, which is not insignificant.

"You know, I don't want to be more alarmist than I should be, but what stops a society from just completely fragmenting in that case?" McChrystal asked rhetorically. "What stops a civil war? We all say, ‘It could never happen here again,' and unlike 1860 there's not this overriding economic issue of slavery … but now we've got this tribalism that I would argue may be as strong as it was back then.