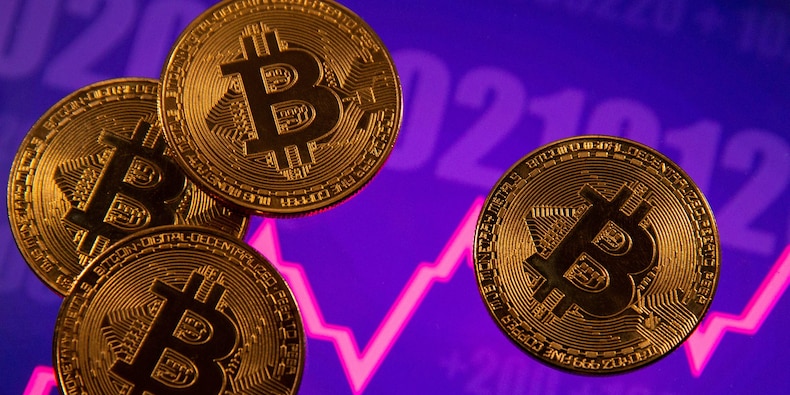 Grayscale Investments said in a blog post Monday it's "100% committed" to converting its flagship Grayscale Bitcoin Trust into an exchange traded fund.

The world's largest digital asset manager confirmed its intent to re-apply with the US SEC to offer an ETF after previous failed attempts to win approval.

"First and foremost we wish to make clear: we are 100% committed to converting GBTC into an ETF," Grayscale said.

The Grayscale Bitcoin Trust was launched in 2013 and has been the go-to option for investors who want to add bitcoin exposure to their portfolio without directly buying the digital asset.

In the blog post, the investment company said that it always intended for its fund to become an exchange-traded fund when permissible. Grayscale first submitted an application for a bitcoin ETF in 2016 but ultimately withdrew iy because it determined the regulatory environment wouldn't allow for a bitcoin ETF.

Now, several firms including Fidelity, NYDIG, and VanEck have applied for bitcoin ETFs in the US in the hopes that 2021 will finally be the year the SEC approves one.

"While several firms have submitted Bitcoin ETF applications in the form of an S-1 or 19b-4 to the SEC, we are confident in our current positioning and engagement with the SEC," Grayscale said. "Today, we remain committed to converting GBTC into an ETF although the timing will be driven by the regulatory environment."

Grayscale also said that the management fee of the GBTC fund will be "reduced accordingly" when the trust is converted to an ETF.

According to Fundstrat's lead digital asset strategist David Grider, the plan to convert the fund should relieve recent selling pressure on GBTC shares and will re-energize demand from bitcoin investors who are willing to contribute to the GBTC trust again.

"We think this is a very positive move for Grayscale to maintain its position as a leader as the largest listed Bitcoin product and this announcement should help close the negative premium gap," Grider said in an email.