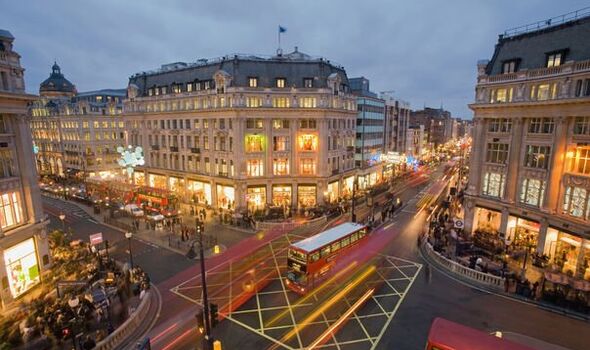 The British Retail Consortium said the weak pound, rising interest rates, supply chain headaches and staff shortages in the sector were having an impact too.

“Many households are also preparing for higher energy costs this winter, with blankets, warm clothing and energy-efficient appliances, such as air dryers and air fryers, all selling well.”

In the three months to September, spending on food increased by 4.6 percent, but fell 0.4 percent when it came to all other products.

Its survey revealed too that nine in 10 people are concerned about household bills.

Half said they were cutting down on discretionary spending to afford rising energy costs.

Card spending in restaurants tumbled by 12.2 percent, on top of a hefty 11.4 percent decline the previous month.

Esme Harwood, director at Barclaycard, said: “Consumers are taking a savvy approach to budgeting as they reduce spending on discretionary items and seek more value in their weekly shop, which is having a knock-on effect on retail and hospitality sectors.”

“However, Brits are also looking for ways to enjoy themselves at home while saving money, which has led to growth across ‘insperience’ categories such as digital subscriptions and takeaways.”