When the third round of bids was opened, Oaktree’s offer was the highest, but with several riders. While Piramal offered higher upfront cash and offered to merge its financial business with DHFL, Adani was ranked third in the race, reports Dev Chatterjee. 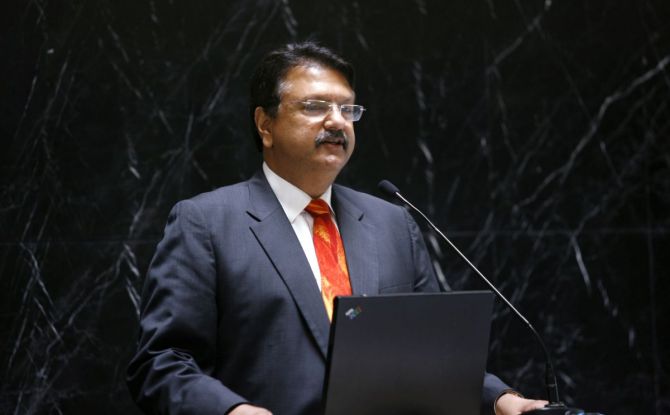 In January 2019, investigative news site Cobrapost shocked the Indian financial world with its expose that the promoters of DHFL, the Wadhawans, had siphoned off Rs 31,000 crore to various promoter entities through several shell companies.

The company’s initial reaction was to deny this, but as subsequent investigations showed, the Wadhawans not only stripped the housing finance company of cash, but the operation was run over years right under the noses of regulators and its auditors.

By the time the company was sent to the bankruptcy court in December 2019, it owed close to Rs 90,000 crore to several lenders, fixed deposit holders and provident fund holders in Uttar Pradesh.

Around 45,000 employees of the UP Power Corporation (UPPCL) came out on the streets, protesting against the parking of their PF corpus worth about Rs 4,100 crore in DHFL. The UP government then ordered a Central Bureau of Investigation probe against DHFL and the investment made by UPPCL.

DHFL’s fall not only exposed the chinks in Indian auditing firms, but also showed the flaws in rating companies, which gave it the highest rating. In its interim report in November 2019, auditing firm KPMG said the promoters of DHFL siphoned off Rs 20,000 crore from DHFL to various entities with no proper entries available on the end use of funds. Following a diktat from the Reserve Bank of India (RBI), DHFL was then sent to the National Company Law Tribunal (NCLT) for debt resolution.

In May 2020, the Enforcement Directorate (ED) arrested DHFL promoters Kapil and Dheeraj Wadhawan in connection with its money laundering probe against YES Bank co-founder Rana Kapoor and others. They were in fact already in jail, having been arrested by the CBI, which is also probing money laundering cases.

The Wadhawan brothers, who were also probed by the ED in another money laundering case linked to the late gangster Iqbal Mirchi, were summoned by the agency multiple times in the YES Bank case. They are also facing charges related to the Mirchi case.

After the lenders sought bids for the companies in February 2020, they received 24 expressions of interest (EoIs) for DHFL’s loan portfolios. The bidders included KKR, Bain Capital, Arcil, Oaktree which had bid for all the three portfolios on sale.

Some other companies bid only for the retail portfolio and the slum redevelopment loan portfolio. But only four remained in the fray by the time financial bids were called, as others were spooked by the huge holes in the company’s books. The final bidders were the Piramal group, the Adani group, US-based vulture fund Oaktree, and SC Lowy.

As lenders were not happy with the offers, they sought another round of bids. The Adani group surprised everyone by making an offer for the entire company and outbidding both Oaktree and Piramal. The three other bidders then complained against Adani to the Committee of Creditors (CoC).

In a letter dated November 22, the Adani group said its initial EoI was only for DHFL’s wholesale and slum redevelopment assets and they were hopeful of being able to complete the deal along with Piramal, which had bid only for the retail assets.

But when all the offers were opened on November 9, the group realised that its rivals’ offers did not truly reflect the value of the company. Hence, it bid for the entire company which led to its rival bidders. The group said some bidders had formed a “cartel” with the objective of restricting a full and fair competition in the auction process.

After legal advice, the CoC decided to call for another round of bidding. When the third round of bids was opened, Oaktree’s offer was the highest, but with several riders. While Piramal offered higher upfront cash and offered to merge its financial business with DHFL, Adani was ranked third in the race. “The Adanis’ offer, however, led to banks realising at least Rs 4,500 crore more,” said a lender.

Oaktree and Piramal started telling lenders that the offers submitted by their rival were legally flawed and could eventually be challenged in courts.

But Oaktree’s offer was under a cloud as it would not get the insurance regulator’s approval to hold stake in an insurance venture because that would breach the foreign direct investment (FDI) ceiling — 51 per cent stake is already owned by a foreign partner Pramerica. Besides, Enam backed out of AIF (alternative investment fund) structure proposed by Oaktree after the bid was submitted, spooking lenders.

At the same time, as the offer of an additional Rs 1,700 crore came after the bid submission deadline in December, the CoC did not consider it while scoring the offers, but mentioned it as a footnote in the scorecard.

Enraged, Oaktree sent a missive to the CoC on January 6 pointing out how its offer was better than Piramal’s and was legally implementable. Piramal pointed out that Oaktree’s plan will fail the capital adequacy test, apart from Oaktree offering a non-existent rating on its future bonds to be issued to lenders.

Worried that Oaktree’s offer was not implementable, the lenders finally decided to go with the Piramal, bringing the process to an end.