(CNN)US greenhouse gas emissions dropped dramatically in 2020, helping the country meet one of its long-standing climate targets. But the dip came at a great economic cost — and experts warn that unless climate action becomes a priority, emissions will bounce back quickly.

The crisis sparked by the coronavirus pandemic caused US emissions to drop by 10.3% last year, according to preliminary estimates by the Rhodium Group, a private data analytics firm. That is the single biggest drop in annual emissions in the post-World War II era, the group said. By comparison, the 2009 economic recession caused emissions to drop 6.3%. 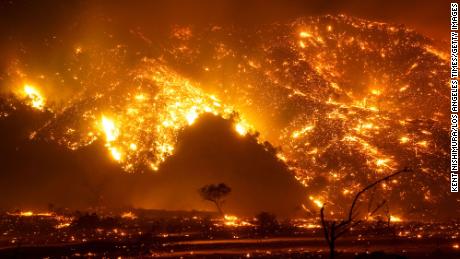 Carbon dioxide and other greenhouse gases trap solar radiation in the atmosphere, just like the glass traps heat in a greenhouse. This causes temperatures to rise and drives more extreme weather, ice melt, sea level rise and ocean acidification.
Last year’s dramatic plunge means the US has met a key emission-cutting target set by the Obama administration.
Under the 2009 Copenhagen Accord, the US pledged that by 2020, it will have cut its emissions by 17% from 2005 levels. Because of the pandemic, emissions were 21.5% lower in 2020, compared to 2005.

“However, 2020 should not in any way be considered a down payment toward the US meeting its 2025 Paris Agreement target of 26-28% below 2005 levels,” the authors of the Rhodium Group report said.
“With coronavirus vaccines now in distribution, we expect economic activity to pick up again in 2021, but without meaningful structural changes in the carbon intensity of the US economy, emissions will likely rise again as well,” they wrote.
US climate action has stalled under President Donald Trump, but President-elect Joe Biden has promised to put climate at the center of his agenda.
Biden has said that the US will rejoin the Paris Agreement on his first day in office, and promised to take a number of executive actions to combat the climate crisis.

No meaningful impact on climate

It’s not just the US.
Global Carbon Project estimates that emissions of heat-trapping gases decreased by around 7% globally last year. That might look like a significant drop, but it won’t make any meaningful difference to climate change.
Carbon dioxide remains in the atmosphere for centuries, and last year’s decline is little more than a blip on the graph.
The concentration of greenhouse gases in the atmosphere actually surged to a new record high last year, the World Meteorological Organization said in November.
Under the Paris Agreement, the vast majority of nations agreed to limit global warming to below 2 degrees Celsius above pre-industrial levels, and to pursue efforts to limit it to 1.5 degrees. To reach that goal, greenhouse emissions need to drop dramatically and soon.
The United Nations calculated last year that to stay within the 1.5 degrees limit, emissions would need to fall by 7.6% each year from 2020 to 2030. To achieve that, the world needs to radically change the way it sources its energy.
“This [emissions] decline didn’t happen as a result of strong government policies or major penetration of clean energy technologies — this decline happened mainly as result of the economic downturn [and] pandemic,” Fatih Birol, executive director of the International Energy Agency, said at a news conference on Monday.
Emissions dropped largely because the pandemic brought some of the economy’s most polluting sectors to a halt.
Transportation, which accounts for almost a third of all US emissions, was the biggest victim of the downturn. The Rhodium Group said that at the peak of lockdowns in April and May, demand for jet fuel had dropped 68% year on year, with gasoline down 40% and diesel 18% lower. As a result, greenhouse gas emissions from transportation plunged by 14.7% last year, compared to 2019. 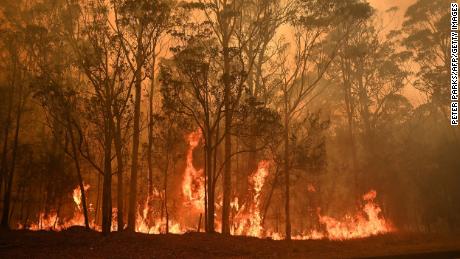 But there are signs the drop was just temporary. According to the US Energy Information Administration, demand for jet fuel in the US is recovering faster than in many other markets.
Emissions from industrial activities were down 7% in 2020 compared to 2019, also because of the major slowdown in the economy.
There is some good news too.
Emissions from the US energy sector declined by 10.3% in 2020. And unlike the drops in transportation and industry, this wasn’t driven by the economic collapse, but by the shift away from coal to renewable resources.
About a fifth, or 20%, of US power was generated by burning coal in 2020, compared to 24% in 2019. The share of renewables rose to 18% last year from 16% in 2019.
Despite the drop last year, the US remains the world’s second biggest emitter after China. It is by far the biggest emitter historically, meaning that no country has put more greenhouse gases into the atmosphere than the US.
Since reaching a peak in 2007, US emissions have declined by 1.3% per year, on average, according to the US Energy Information Administration.
Source: Read Full Article