In a lawsuit filed this week, the city’s Department of Consumer and Worker Protection said that from the end of November 2017 through at least September 2019, workers experienced nearly 600,000 violations of the law. Chipotle (CMG) owes workers $151 million because of the violations, the city said. Chipotle has somewhere between 80 and 90 locations and about 6,500 employees in New York City, according to the suit.
Under the city’s Fair Workweek Law, which was passed in 2017, employers must give workers a good faith estimate of their regular schedule, and two weeks advance notice of their set schedule. The law also requires employers to pay employees a premium if they make adjustments to their schedules within that two-week window. Employers must also pay a premium if they schedule workers for a “clopening” — a closing shift directly followed by an opening shift, which prevents workers from getting a full night’s sleep. 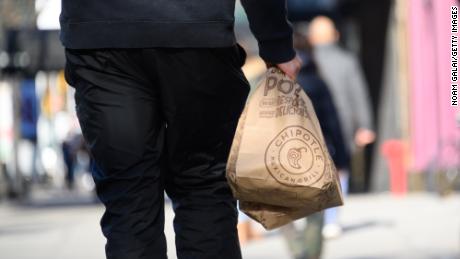 The suit alleges that Chipotle (CMG) didn’t grant workers the required scheduling estimates and rarely gave that mandatory two weeks heads up. Chipotle also allegedly created false documents stating that the employees “waived” the premium pay they were entitled to as a result of these violations. And, the suit alleges, Chipotle didn’t systematically go to current employees to offer them more shifts before hiring new ones — another of the law’s requirements — leaving “thousands of employees in an involuntary part-time limbo.”

This is an ongoing problem, according to the suit, which noted that “although Chipotle made some efforts to come into compliance beginning in September 2019, it remains out of compliance in significant ways.”

The company did not comment on the specific allegations mentioned in the suit. “We make it a practice to not comment on litigation and will not do so in this case, except to say the proceeding filed today by DCWP is a dramatic overreach,” Laurie Schalow, Chipotle’s chief corporate affairs officer, said in a statement. “Chipotle will vigorously defend itself,” she added. 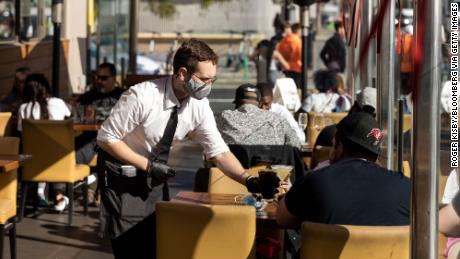 In addition to violating the scheduling laws, Chipotle failed to comply with the city’s Paid Safe and Sick Leave law, according to the lawsuit. Between April 2014 and January 2020, Chipotle’s policy only allowed employees 24 hours of sick time, instead of the legal minimum of 40 hours, according to the complaint. And the company allegedly illegally refused to allow employees to take time off to care for others who were sick.
The department started looking into Chipotle’s labor practices in 2018, after it received complaints from more than 30 employees who said that Chipotle wasn’t abiding by the Fair Workweek Law. It filed a lawsuit against the company in relation to those complaints in 2019.

“Since we first filed our case against Chipotle, we have unfortunately learned that those initial charges were just the tip of the iceberg,” Lorelei Salas, the commissioner of the department that brought the case, said in a statement. The lawsuit filed this week is replacing that 2019 filing, a spokesperson for the department explained.
“This case exemplifies the abusive practices that this law is intended to end,” she added, saying that “Chipotle must come into compliance.”
Source: Read Full Article