Kim Kardashian’s clothing brand Skims is going to the Olympics.

The 40-year-old reality TV star and business mogul revealed on Monday that her label would be designing the official undergarments, pajamas and loungewear for Team USA ahead of the Summer Games in Tokyo, Japan.

In a lengthy Instagram post, Kardashian shared that her relationship with stepfather Caitlyn Jenner, a retired Olympic gold medal-winning decathlete, fostered her positive feelings toward the collaboration.

“Ever since I was 10 years old, I’ve heard every single detail about the Olympics from my stepdad. As I would watch the athletes compete, I would grow to understand the dedication and honor being a part of the Olympics embodied,” she wrote. “I traveled w my stepdad and family to all different cities for the Olympic trials, the Olympics and track meets of @caitlynjenner’s and at every stop I would buy an Olympic t-shirt as a souvenir.”

She went on to say that when she “received the call inviting Skims to be a part of @TeamUSA, every moment I’ve spent admiring the strength and energy of the Olympians from the sidelines came full circle.”

Kardashian also told fans that the garments designed for Team USA, which seems to include underwear, leggings, bike shorts, sports bras, T-shirts and more, will be available in a capsule collection on the brand’s website as of July 12.

In a press release for the collaboration, Skims noted that “all 626 Team USA female athletes will receive the full collection.”

Peter Zeytoonjian, senior vice president of consumer products at U.S. Olympic & Paralympic Properties (USOPP), said in the release that Skims was a “perfect fit for Team USA” because of their “shared mission and values of empowerment and inclusivity.”

“Our top priority is providing our athletes with the tools and support needed to compete at the highest level, and we’re excited to work with SKIMS to bring this unparalleled level of comfort to Team USA athletes and fans,” he said.

Representatives for Team USA did not immediately respond to HuffPost’s request for comment.

In a series of Instagram Story posts, Kardashian emphasized that she’s “so proud” to support Team USA in both the Tokyo Olympic and Paralympic Games. She also emphasized that the line is designed to celebrate “their incredible strength and resilience.” 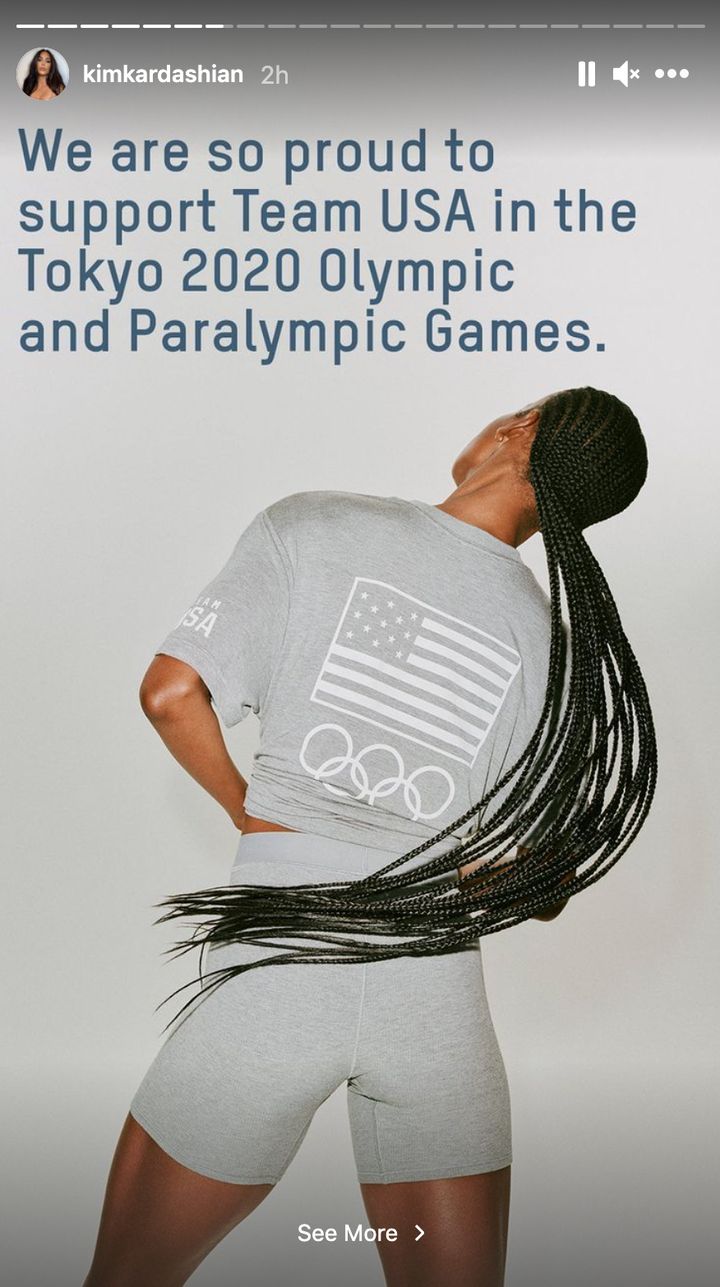 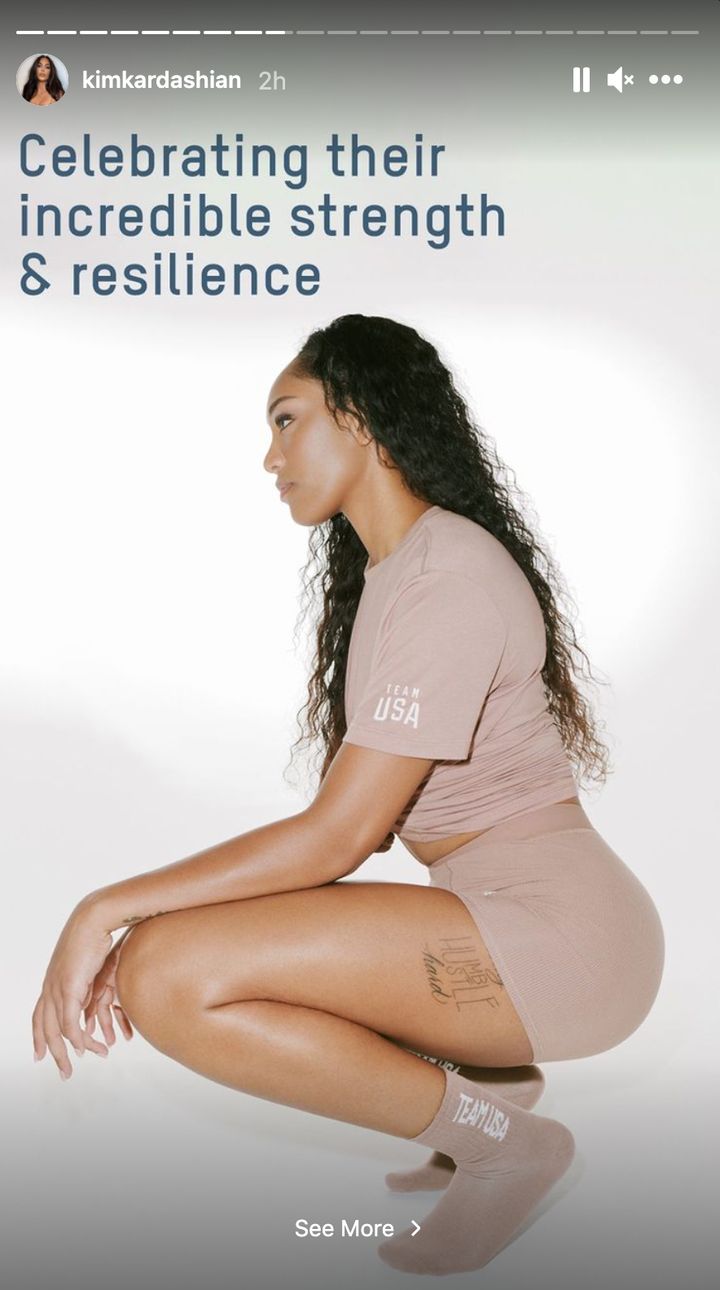 While this partnership appears to be the first loungewear sponsor for the Olympic Games, Team USA has long had a relationship with fashion ― specifically with designer Ralph Lauren. The American designer has been the official outfitter for Team USA’s opening and closing ceremony outfits since the 2008 Summer Olympics in Beijing, says CBS Sports.