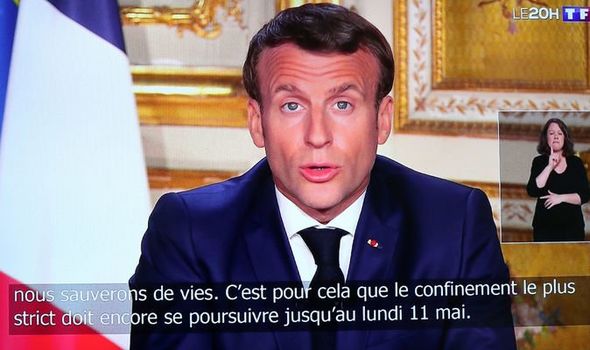 The French government hiked the expected cost of its coronavirus rescue package to 110 billion euros this week, after warning the economy could shrink by up to eight percent. The introduction of a basic minimum wage is the best “antidote” to the economic crisis triggered by the deadly coronavirus outbreak, French socialist Benoît Hamon said on Thursday. The government’s “response (to the epidemic) is inadequate … and a basic universal wage for all citizens is the best social antidote” to the health crisis, Mr Hamon said in an op-ed piece published in French newspaper Le Monde.

Such a safety net is an “incomparable and emancipating tool” for the young, the unemployed and the low-paid, the former presidential candidate continued.

His comments came after the French government announced it had hiked the expected cost of its measures to support the economy through the health crisis to 110 billion euros (£95.76 billion).

Finance Minister Bruno Le Maire told RTL radio on Wednesday: “We are going to go from 45 billion euros in a first economic support plan … to about 110 billion euros.”

Mr Le Maire also warned that the French economy would shrink by as much as eight percent due to the shutdown.

The centrist administration had more than doubled the initial figure to 100 billion euros last week, but President Emmanuel Macron’s decision to extend a nationwide lockdown until May 11 rendered that sum obsolete.

About half of the rescue package is made up of deferred corporate tax and payroll charges and the rest covers cash handouts for small firms on the brink of collapse, state-subsidised furloughs and funds earmarked for recapitalising big groups struggling to survive the crisis. 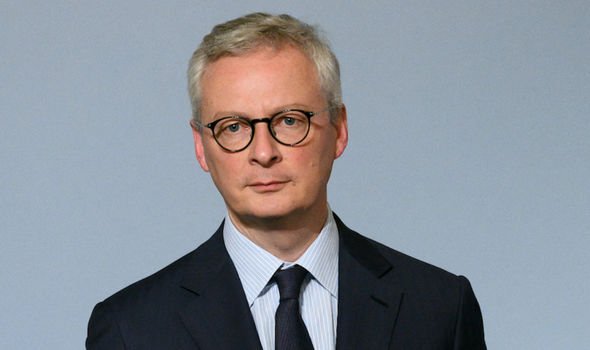 Budget Minister Gérald Darmanin, for his part, said that the massive relief effort for bars, restaurants, hotels, and other businesses closed during the lockdown would push France’s budget deficit to a postwar record of nine percent this year.

He added the country’s debt pile would climb to 115 percent of GDP, up from just under 100 percent last year.

The strict lockdown has confined the French to their homes since March 17, with only brief trips allowed outside for shopping and other essential errands.

But while schools and some shops will be allowed to gradually reopen from mid-May, cafés, restaurants, hotels, cinemas and other places with large public gatherings will remain shut, Mr Macron said.

Older and vulnerable people will have to continue to stay home and the government will provide non-surgical face masks to the general public, he continued.

The Macron administration is also working on an app for mobile phones that could identify people who have come into contact with an infected person.

At 17,920, France has the fourth-highest coronavirus death toll in the world, behind the United States, Italy and Spain.

These four countries account for almost two-thirds of the current global total of 140,000 deaths.

The total number of confirmed and possible infections in France currently stands at 147,606.

However, the head of the public health service Jerome Salomon told a daily press briefing on Thursday that the number of people in hospital had declined for a second day running, and that the total number in intensive care units had fallen for the eighth day in a row.