M&M, which owns a 75 per cent stake in SYMC, rescued the sport-utility vehicle (SUV) maker from near-insolvency in 2010 but has struggled to revive its fortunes. 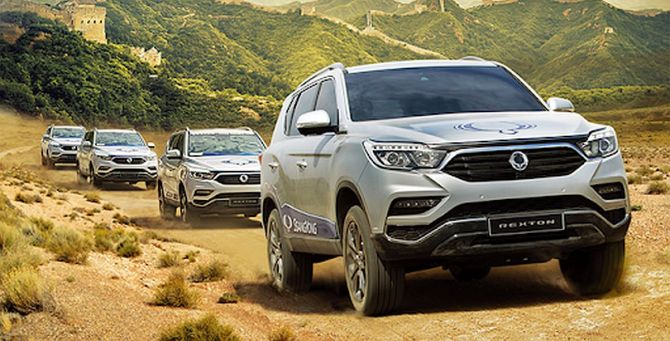 Ssangyong Motor Co (SYMC), the South Korean subsidiary of Mahindra & Mahindra (M&M), has missed a repayment of Rs 480 crore (60 billion Korean Won or KRW) to JPMorgan Chase Bank, South Korea, which was due on December 14, M&M said in a stock exchange notification on Tuesday.

The company also added that it would act as a creditor to SYMC.

The South Korea-listed firm has been battered by the pandemic, with outstanding loans aggregating 100 billion KRW (approximately Rs  680 crore).

M&M, which owns 75 per cent stake in SYMC, rescued the sports utility vehicle (SUV) maker from near-insolvency in 2010 but has struggled to revive its fortunes.

“While the company has made a commitment to cover the amount given by the banks, its final liability will be limited to the extent not recovered from SYMC,” it said in the statement.

M&M added that on payment of dues by the company to banks, it will be subrogated to all the rights of banks against SYMC.

It will step into the shoes of the banks as creditor, and be entitled to all rights which the banks had against SYMC, with respect to these loans.

This means that M&M, which is an equity holder in the company, will acquire the rights of bankers.

Analysts said in the event of M&M not finding a partner and SYMC proceeding for bankruptcy, it will tough for M&M to recover the money it lent to SYMC.

Mahindra has been looking for a partner for the beleaguered subsidiary.

The Mumbai-headquartered firm has crafted a strategy to exit from loss-making subsidiaries and underperforming businesses as it aims to bolster the return on equity for its shareholders.

SYMC, which was struggling amid competition from rival Korean firms, plunged deeper into the red after the Covid-19 pandemic.

Hit by the impairment at SYMC, Mahindra reported its first quarterly loss in the March quarter of FY20, in almost two decades.

In February this year, Mahindra said it will pump in $380 million-$450 million as part of a three-year plan to revive SYMC and turn it around by 2022.

Among other things, the plan includes shaving off material costs in an aggressive way.

But the proposal to pump in fresh equity into the loss-making subsidiary was rejected by the Mahindra Board in April.

It, however, said the company will make every effort to continue supporting all other non-fund initiatives that are currently in place to help SYMC reduce capital expenditure, save costs and secure funds.

In June, M&M said it plans to give up control of SYMC as it looks to exit loss-making ventures amid the coronavirus pandemic.