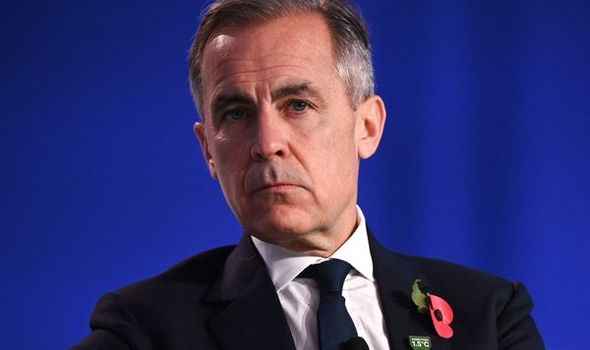 COP26: Carney says ‘there’s not a green switch you can flip

Speaking at the COP26 conference this morning Mr Carney said: “Finance is becoming a window through which ambitious climate action can deliver a sustainable future that people all over the world are demanding.” The Glasgow Financial Alliance for Net Zero, Gfanz, consists of over 450 banks, insurance providers and other financial firms and includes familiar names such as Barclays, Natwest and Aviva. In total the group has up to $130tn (£95.42) committed to hitting net zero emissions targets by 2050. Mr Carney said: “We now have the essential plumbing in place to move climate change from the fringes to the forefront of finance so that every financial decision takes climate change into account.”

He further explained Gfanz would have a panel of 20 independent experts and 7 NGOs to scrutinise its progress.

All of the firms involved have also promised to review their emissions reductions every five years as well as disclosing progress annually.

Chief Economist at the Confederation of British Industry Rain Newton-Smith welcomed the news saying: “Business is upping its game at this critical moment, with a major increase in sustainable finance and new plans to scale the flow of capital to emerging economies.”

There is caution on the numbers though with Mark Campanale of the think-tank Carbon Tracker Initiative and a member of Gfanz’s advisory committee telling the Financial Times the $130tn (£95.42tn) of assets was not “aligned with net zero today” but that “the ambition [was] for the assets to be aligned ”in the future”.

However the announcement has been criticised by campaigners who point out that members are still able to continue to support fossil fuel companies in the short term.

The group Reclaim Finance point out that four members of the group’s Net-Zero Insurance Alliance provide more than 20 percent of all oil and gas insurance which their executive director Lucie Pinson called: “A mark of shame.”

“The scientific consensus is clear: we cannot avoid a climate catastrophe if we expand fossil fuel production.

“Insurance companies need to follow the science and stop insuring all new coal, oil and gas projects if they want to regain their credibility as climate leaders.”

Earlier this year the International Energy Agency warned that there should be no more coal, oil or gas expansion permitted in order to limit temperature rises to 1.5 degrees.

However this is not currently a mandatory requirement for companies signing up to Gfanz.

FTSE listed firms miner Rio Tinto and oil company Shell told Express.co.uk they already produce climate reports however they were still waiting to see the detail of what today’s announcements would mean for them.

CEO of Aviva Group, a member of GFanz, Amanda Blanc told Express.co.uk: “It is a land of confusion in terms of defining net zero for the financial sector right now.

“So we welcome the Government’s plan for clear regulation to provide a common approach, and stop greenwashing once and for all.

“Transition plans for financial institutions will help to ensure that every firm making a net zero commitment – whether an insurer, a bank or an asset manager – is doing so in a robust and consistent way. We are delighted that the Government will look to our work in GFANZ to help support this.”