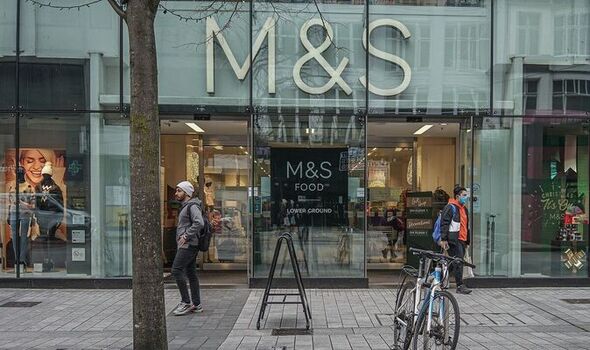 The retail giant predicted trading will become much tougher in the New Year as the cost-of-living crisis hits hard. And it fears a raft of retailers will collapse as family budgets are squeezed.

The gloomy outlook came as M&S reported a 23.7 per cent fall in underlying pre-tax profits to £205.5million, in the six months to October 1.

It said it had faced double-digit inflation in food costs and had suffered a £700,000 loss in its Ocado joint venture.

Profits were also knocked by higher property taxes after the end-of-business rates relief and the chain’s exit from Russia.

Shares fell six per cent as the company forecast a “material contraction” in market demand over its next financial year.

Sales are so far proving resilient with customers currently splashing out for the festive season. But M&S chief Stuart Machin said: “We are trying to brace ourselves for a post-Christmas spending clampdown.”

The company has reined in price rises, passing on increases of around eight per cent in its food halls – while facing an 11 per cent rise in its own costs.

But clothing and home products were up seven per cent and look set to rise even higher thanks to the pound’s slump against the US dollar.

M&S hopes a recent overhaul will provide “some insulation from the gathering storm” and is speeding up a shake-up of stores that will result in the closure of 67 larger shops, as part of long-term plans to close 110.

But she added: “With costs set to stay elevated it’s clear next year will be challenging.”