The Post Office has decided not to oppose 44 of the 47 appeals lodged by former subpostmasters who were convicted of false accounting, theft, or fraud in a scandal that exposed severe flaws in its Horizon IT system.

Acknowledging “historical failings”, the Post Office chairman, Tim Parker, said the organisation would cooperate with the Criminal Cases Reviews Commission, which has referred the cases to the court of appeal for re-examination.

The admission is a further blow to the Post Office which wrongly accused large numbers of subpostmasters of criminal activity owing to inaccurate records in the Horizon IT system, which was introduced to Post Office branches in 1999.

The plight of the managers was intensified by the fact that the Post Office was the private prosecuting authority, supposed victim and guardian of the disputed evidence in all the cases.

Parker said: “I am sincerely sorry on behalf of the Post Office for historical failings which seriously affected some postmasters.

“Post Office is resetting its relationship with postmasters with reforms that prevent such past events ever happening again.

“All postmasters entitled to claim civil compensation because of their convictions being overturned [should be] recompensed as quickly as possible.”

A disclosure exercise, overseen by external criminal law specialists, is being carried out to identify material that might affect the safety of prosecutions.

Paul Harris, a solicitor at the law firm Edward Fail Bradshaw and Waterson, and Sam Stein QC, who represented three claimants, said: “This follows a belated acceptance by the Post Office of the unreliability of the material generated by the Horizon software and the failure by the Post Office to make proper disclosure.

“We hope that this is the first step to their securing justice and bringing an end to the suffering that they have been caused by these improper prosecutions.”

Hudgell Solicitors, which represented 33 clients, said the convictions will now be quashed by the court of appeal.

“For the Post Office to concede defeat and not oppose these cases is a landmark moment, not only for these individuals but, in time, potentially hundreds of others,” said solicitor Neil Hudgel.

“Clearing their names has been their driving goal from day one, as their reputations and livelihoods were so unfairly destroyed.

“We must never forget that these people endured years of suffering and how these allegations and convictions affected not only the individuals themselves, but their loved ones too.

“We have secured what amounts to a clear admission from the Post Office that people were convicted of crimes on the basis of unsafe and unreliable evidence.”

Four years after losing her husband, Julian, to bowel cancer, and 12 years after he was convicted of false accounting by the Post Office, Karen Wilson, 65, spoke of her determination to clear his name. 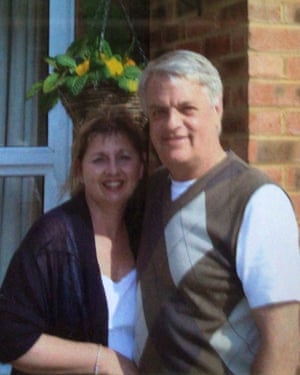 He had been “meticulous” in his running of the Post Office, which they bought in Astwood Bank, Worcestershire in 2001. After a profitable first couple of years, he started experiencing troubles with the Horizon system.

When auditors arrived he was initially “delighted” because he believed the problems would be resolved. He had a shortfall in excess of £27,000 and handed over nine years’ worth of accounts for the auditors to investigate.

The Post Office suspended him and said his only option was to plead guilty to false accounting, as that would prevent him from going to prison.

The couple had to sell their Post Office to pay back the money which was alleged to have gone missing. “He was given 300 hours community service and he used to have to go out cleaning graveyards with other criminals. It was heartbreaking seeing my husband, who had done nothing wrong, having to do that,” said Wilson.

“He knew it was the system right from the start but nobody would listen. Nobody wanted to listen. I have been determined to see this through to clear his name and have his conviction overturned.”