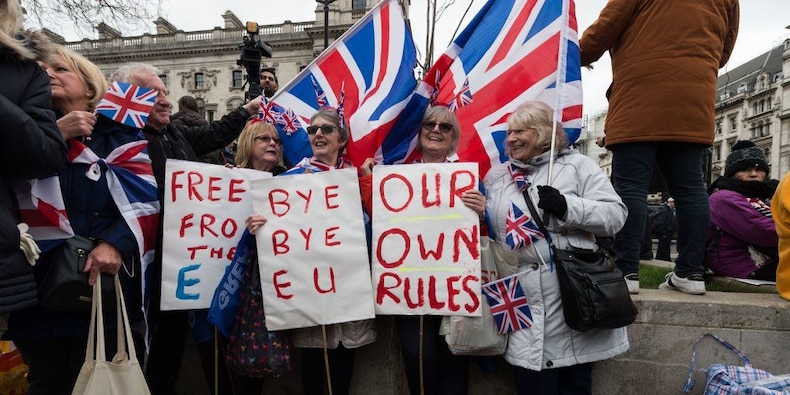 The pound rose against the dollar on Monday as investors breathed a sigh of relief after the UK and the European Union extended the deadline for Brexit talks on Sunday.

British Prime Minister Boris Johnson and European Commission President Ursula von der Leyen agreed on Sunday to “go the extra mile” in search of a Brexit agreement before the transition period ends on December 31, to avoid the UK tumbling out of the single market and into the economic and financial unknown. Johnson said both sides were still “very far apart”, but that “the UK certainly won’t be walking away from talks.”

Chief Brexit negotiator Michel Barnier told EU ambassadors on Monday that a deal could be reached as soon as this week if both sides find a compromise on fisheries, according to the Telegraph.

A no-deal Brexit is unlikely given the economic costs for the UK would be too high and political support for Johnson would be adversely impacted, David Roche of Independent Strategy told CNBC.

Against the euro, which reflects investor confidence in the Brexit process, the pound gained 1% on the day, set for its largest daily increase in over two months.

Read More: JPMorgan unveils its 50 ‘most compelling’ stock picks to buy for 2021 – and details why each one will be a top performer

“As long as the two sides are talking, there remains the belief that common sense will prevail and a deal will be reached that avoids the cliff edge on January 1st,” said Craig Erlam, a senior market analyst at OANDA.

Sterling was up against the Chinese yuan, the Japanese yen and the Canadian dollar, gaining between 1.3 and 1.5% on the day, as growing confidence drew investors back towards UK assets.

Eurozone indices were also buoyed by the recent developments. Frankfurt’s DAX and the benchmark French CAC 40 index both rose 0.8%.

The strength in the pound is set to continue over the coming days, as the extension to talks suggests there is plenty of room for volatility in the near-term, Rabobank analysts said.

If financial markets and betting markets are thinking alike, the pound would probably fall to about €1.04 ($1.26), 7% below its early November level, if no-deal came to pass, said Sam Tombs, chief UK economist at Pantheon Macroeconomics. Conversely, the pound might rise to €1.14 ($1.39) if a deal is signed off and appears to be durable.