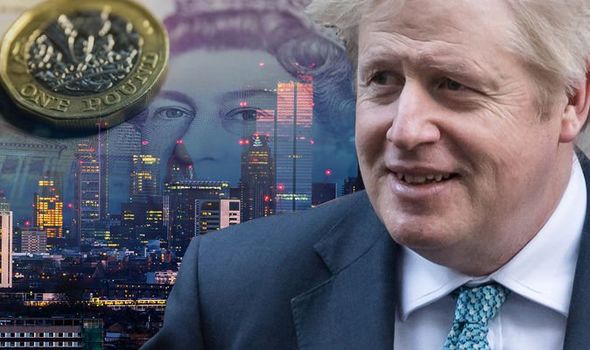 Political editor of BBC Newsnight Nicholas Watt said there was chatter among MPs in Boris Johnson’s party over a deal.

He said hardline Tory Eurosceptics would be “happy” the the agreement on the table.

Mr Watt wrote on Twitter: “Big buzz in the last hour among Tory MPs that the UK is heading towards a Brexit deal with the EU. Eurosceptics being reassured they will be happy.

“Nothing confirmed yet and MPs saying: many a slip between cup and lip.

“But MPs being told the signal will come if and when Jacob Rees-Mogg announces that the commons will sit on Monday and Tuesday next week.

“That would come before any UK / EU announcement.”

Mr Watt claimed the UK’s negotiating team had “seen off unilateral punishment by the EU if the UK diverges from EU standards in future – the ‘lightening tariffs'”.

This would represents a major acheivement for Mr Johnson as the EU has been pushing for the right to punish its trade partner it if does not abide by its standards.

And he said Tory MPs were told the UK “has negotiated a joint dispute mechanism” with Brussels.

But it rebounded as high as $1.3444 on Monday amid relief that negotiators agreed on Sunday to “go the extra mile” to try to reach a deal.

The Prime Minister and European Commission President Ursula von der Leyen spoke on the phone on Sunday and agreed to restart talks.

The pound continued this trajectory on Tuesday, up 0.5 percent at $1.3397 at 3.50pm, as traders waited for further updates on negotiations.

This is a breaking news story… More to follow…