However, the government has enacted an important change to the fixed-term employment framework that may help companies in handing out contractual jobs to its existing permanent workforce. 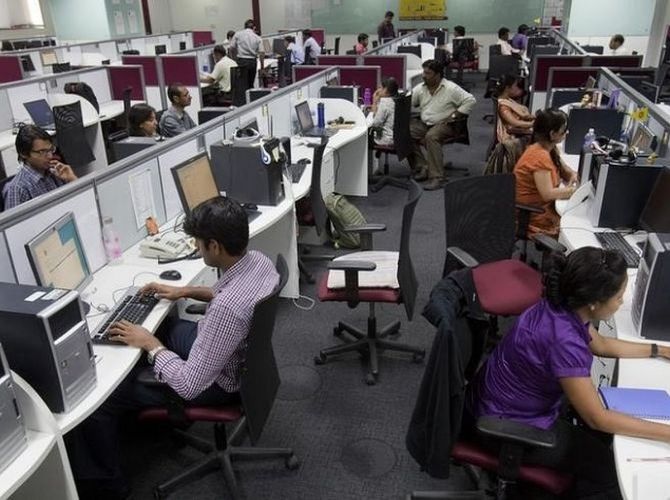 The Union government has done away with the safeguard provision that deterred employers from converting permanent jobs into fixed-term contracts, as part of the new labour laws notified recently.

Earlier, firms had to go through a contractor to hire contract workers – seen as an expensive and cumbersome process.

Fixed-term contract workers are entitled to receive all statutory dues that permanent workers in the same unit get.

But such workers, unlike permanent employees, are not entitled to retrenchment compensation – this gives companies greater flexibility.

However, the government has enacted an important change to the fixed-term employment framework that may help companies in handing out contractual jobs to its existing permanent workforce.

Labour being a concurrent subject, many state governments followed up on the Centre’s circular and enacted fixed-term employment immolating the protective clause.

But the IR Code, 2020, has no mention of this clause, which experts said will lead to withering away of permanent jobs in the market, given the fact that the government has not placed any cap on the number of times such contracts can be renewed or on their tenure.

“Introducing fixed-term employment is welcome, but there has to be a safeguard mechanism in place to govern fixed-term contracts.

“The idea of fixed-term employment originated in Europe in the early 2000s, but in literature, such jobs are seen as stepping stone towards permanent roles,” Indian Council for Research on International Economic Relations Fellow Radhicka Kapoor, who has done extensive research on India’s labour market, said.

While underscoring that contract workers had lower productivity than permanent employees, Kapoor suggested that the fixed-term contract system should be for new hires.

She said there are only 4.2 per cent of the workforce in India with maximum possible degree of protection, which can be termed “decent work”, according to the National Statistics Office’s periodic labour force survey of 2018-19.

However, the government said the introduction of fixed-term employment was done to meet the changing economic realities and not intended to replace permanent jobs.

“While framing the labour codes, we had to consider the twin objectives of enhancing the workers’ welfare along with facilitating the creation of jobs.

“The codes have introduced the concept of fixed-term employment, taking into consideration the reality of increasing contract workers often exploited by the contractor and discriminated in comparison to a regular employee.

“The option to engage workers on a fixed term has been introduced, ensuring the service conditions of a fixed-term employee are on a par with regular employees, and the exploitation of workers through contract employment is discouraged,” added Gangwar.

In emerging economies, such as China and Vietnam, fixed-term contracts can be renewed only twice, after which such workers have to become a part of the permanent workforce.

This step ensures the employers do not exploit the system and there is some semblance of job security for the workers.

“The industry understands that fixed-term contracts are not for jobs of a permanent nature.

“The benefits of contract workers are eaten away by contractors under the present system.

So fixed-term employment will bring in discipline. In principle, no employer would keep a highly trained worker on indefinite contract,” said Confederation of Indian Industry chairman on industrial relations M S Unnikrishnan.

“The way in which fixed-term employment has been framed will lead to withering away of permanent employment.

“It will promote a regime of non-standard employment as five kinds of securities: employment, occupational safety, income, social, and skill will be in danger,” said Sundar.