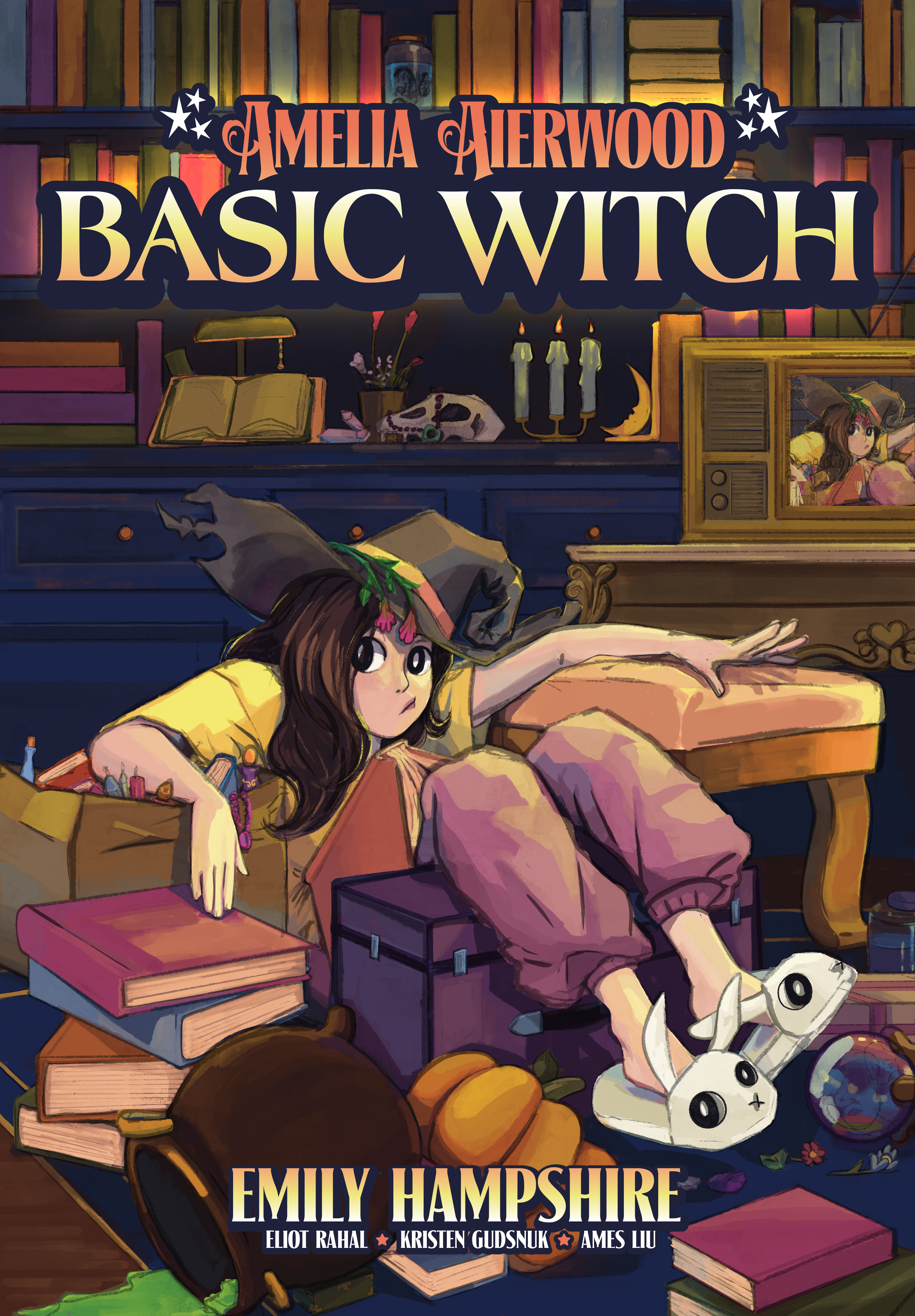 Co-written by Eliot Rahal (Machine Gun Kelly’s Hotel Diablo, Cheech & Chong’s Chronicles), the graphic novel tells the story of Amelia, the least-favorite daughter of L.A.’s most famous family of witches, the Aierwoods (think the Kardashians of the witch world). She’s a so-so spellcaster who would rather eat Pop-Tarts while listening to murder podcasts than be a reality TV star.

While Amelia’s sisters have all followed in the footsteps of her prominent parents, everything she does is just a little…off-brand. A late bloomer who has yet to find her calling, Amelia uses her powers for mostly mundane things, but even those lead to magical misfires, e.g. the unfashionable witch’s hat that’s permanently stuck to her head.

As her family’s fame continues to rise, they have no choice but to exclude their daughter from the next great chapter of the Aierwoods—reality TV! With the help of her adopted brother Spaghetti—who she accidentally turned into a yeti… long story—Amelia must carve her own path outside of her family’s influence.

The pair also counts with the collaboration of artists Kristen Gudsnuk (Henchgirl, Making Friends) and Ames Liu (Adventures of Bee).

“Channeling my inner low-key witch into Amelia Aierwood has been a pure joy,” Hampshire tells Deadline in a statement. “Creating a book like this was a dream I didn’t know I had. The talent of the people I’m working with transcended my expectations.”

Added Rahal, “Working with Emily has been a positive throughline, both personally and professionally,” co-writer Eliot Rahal elaborates. “She wants to make something that’s both gentle and silly. It’s heartfelt but off-the-wall. Something for readers young and older working through those big emotions. It’s really been such a joy to be a part of.”

Hampshire is best known for her portrayal of Stevie Budd in the hit comedy series Schitt’s Creek. She currently stars as Rebecca Morgan in the horror series Chapelwaite for Epix. Up next, she will appear in Amazon’s The Rig in a leading role.

She is also collaborating with Norman Lear on the remake of his groundbreaking series Mary Hartman, Mary Hartman for TBS, in which she will star.

On the film side, Deadline revealed exclusive Hampshire’s role leading and executive producing The End of Sex last year.