Sen. Elizabeth Warren said in a video released today that she stands “shoulder-to-shoulder” with IATSE members as they vote for a strike authorization, and that she is with them “all the way in this fight.”

“I’m glad to stand with @IATSE in their fight for a fair contract,” the Massachusetts Democrat said in an accompanying tweet (see it below). “Giant film and entertainment companies make billions of dollars in profits each year and the least they can do is ensure their workers have livable wages and reasonable work hours.” 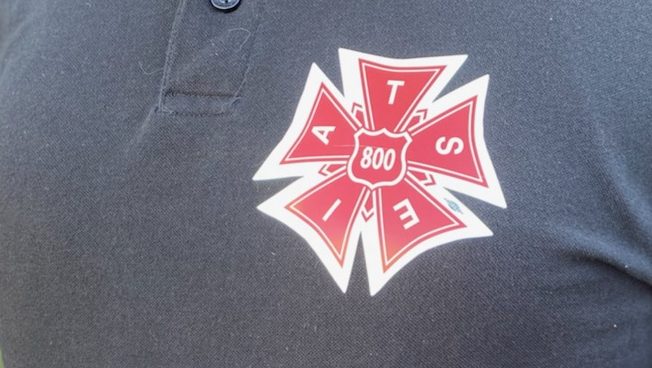 Warren, who was one of more than 100 Democrats in the Senate and House of Representatives to sign off on a letter Thursday urging the Alliance of Motion Picture and Television Producers to negotiate a fair deal with the union, told viewers of her video that “The next time you watch a movie or a TV show, think about all the people who you never see on screen, but who had to put in the hard labor to bring that show to you.”

She and her husband, Bruce Mann, “love movies and we love TV shows; we love the series,” she said. “But we always sit there and watch it to the very end, through all the names and the union emblems at the end. In a few days, members of that union, IATSE, are going to vote whether to go on strike. This is my chance just to say, IATSE, I’m with you, shoulder-to-shoulder, all the way in this fight.”

IATSE members began voting for strike authorization today. Balloting will continue through Sunday with results to be announced Monday.