So far, the Federal Reserve and the IRS have disbursed more than 90 million coronavirus stimulus payments totaling more than $242 billion, per The Wall Street Journal. 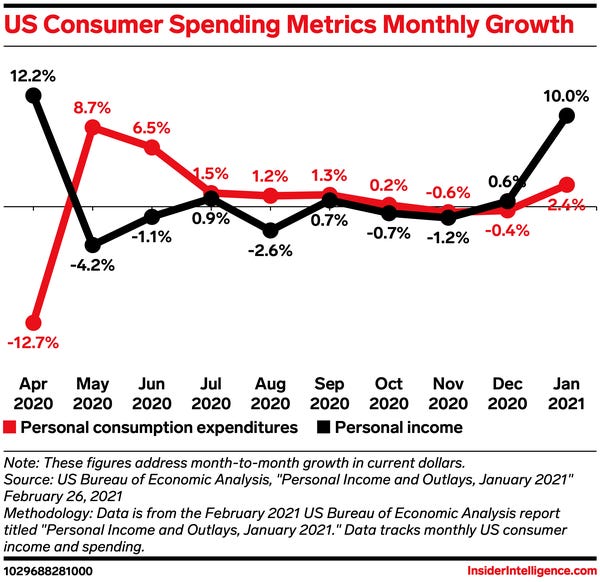 Most of the initial payments were sent out via direct deposit, and more payments are set to go out this week via prepaid debit cards and paper checks. Payment distribution could be faster this time around provided government agencies can smoothen some of the issues encountered during last year’s rollouts, like depositing funds into incorrect bank accounts or mailing checks to old addresses.

Spending trends show that consumers are using their stimulus payments mostly to save money or pay down debt.

Both tactics might help support a post-pandemic boom in economic growth and consumer spending. Treasury Secretary Janet Yellen told members of Congress on Tuesday that stimulus payments will help the economy recover and estimated that President Biden’s American Rescue Plan may help the labor market return to full employment by next year.