“When y’all think they going to announce that we going into a recession?” the rapper tweeted this week.
We wish we knew the answer, Cardi. After all, recession forecasting has become the national pastime of economists, market analysts, politicians and pundits around the world.

That’s because prices on just about everything are still surging, stocks are falling, Russia’s war in Ukraine and Covid-19 scares are continuing to upend global trade. All around, the mood is kind of crummy — consumer sentiment hit a record low last month. 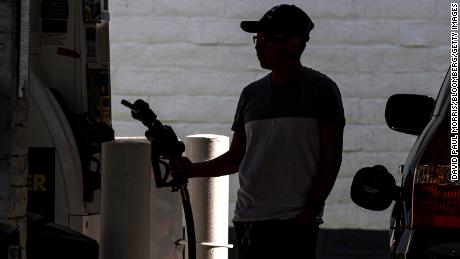 That sour mood is almost entirely thanks to inflation, especially as gas and food prices continue their upward march into the summer travel season. Take away the price surges, and the economy is objectively in pretty good shape.

Employers are hiring anyone they can; long-stagnant wages are rising at their fastest pace in decades; and, crucially, Americans are still shopping.
But back to Cardi B’s query: We won’t know we’re in a recession for sure until a select group of pencil pushers at the National Bureau of Economic Research tell us we are. Although unlikely given America’s robust job growth, we could already be in a recession. The economy shrank in the first quarter, and we’ll get some more data about US gross domestic product — the broadest measure of America’s economy — when the government releases second-quarter data Wednesday.

So what does a recession mean, and how does it relate to inflation and this “bear market” buzz we keep hearing?
Here’s a quick Econ 101 refresher.
The terms recession, inflation and bear market are bouncing around almost as if they’re interchangeable. Although they’re all correlated, they’re not the same. And the presence of one doesn’t necessarily lead to another.
First, let’s get the technical definitions out of the way.

This one is surprisingly hard to define without a bunch of caveats, but here’s the gist: A recession is a prolonged period of economic decline, beginning when the economy peaks and ending when it bottoms out.
Recessions are typically marked by an economy shrinking in back-to-back quarters, measured by gross domestic product (aka, how much are we collectively buying and producing as a society). But there are exceptions to that rule, including the brief and exceedingly steep recession the United States entered during the early months of the pandemic.
A true recession feels economically gloomy — think rising unemployment, a stock market in decline, and stagnating or shrinking wages. Consumers often rein in spending as gloom sets in, giving recessions a psychological component that can be hard to shake. 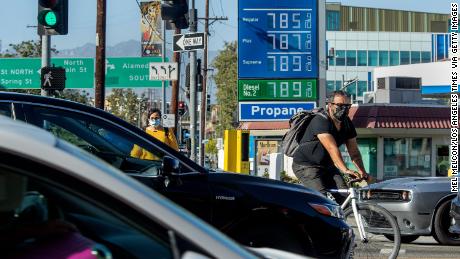 Inflation happens when prices broadly go up. That “broadly” is important: At any given time, the price of goods will fluctuate based on shifting tastes. Inflation is when the average price of virtually everything consumers buy goes up: food, houses, cars, clothes, toys, you name it. To afford those necessities, wages have to rise, too.
Right now, prices are soaring at their fastest pace in 40 years. The latest reading of consumer prices, released Friday, showed inflation hitting 8.6% in May. That’s way higher than the slow and steady 2% to 4% the Federal Reserve would prefer.

A “bear market” refers to when stocks drop 20% or more from their recent peak. They are a sign of extreme negative sentiment on Wall Street and are more severe than garden-variety sell-offs.
The tech-heavy Nasdaq is in a bear market, having fallen 28% this year. But the broader measure of Wall Street, the S&P 500, hasn’t closed in bear territory yet. It’s close — the index has fallen 18% from its high in early January. 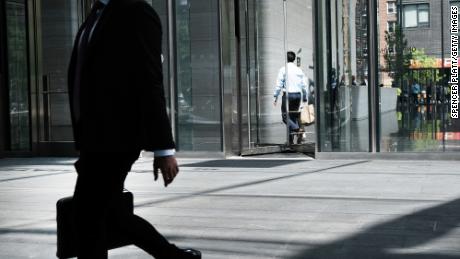 Bear markets can be painful, but they don’t last forever. Financial advisers say the key is not to panic. Though you might want to avoid looking at your 401(k) portfolio until the recovery kicks in.

So, where are we now?

That last point is important. A Quinnipiac poll in May showed that 85% of Americans think a recession is likely in the next year. 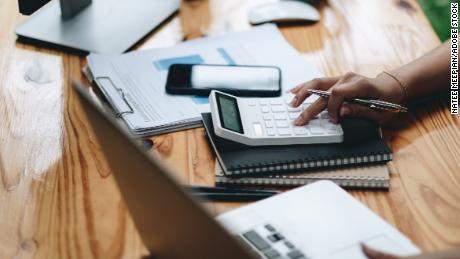 Gloom can become something of a self-fulfilling prophecy: When people aren’t confident in the strength of the economy, they tend to rein in spending — by far the biggest engine of the US economy. When spending collapses, we end up in a recession. Then the headlines are all about how lousy the economy is, which only makes us feel less confident that things will turn around, and that collective angst can be hard to shake.
So far, at least, Americans haven’t lost their appetite for shopping. And the Fed is confident that the labor market’s strength means the economy can handle the series of interest rate increases the central bank is deploying to try to take the heat off rising prices.
Source: Read Full Article