London (CNN Business)The coronavirus pandemic has split companies into two camps: Some have been able to keep operating and are even thriving. But others have been brought to their knees.

In recent weeks, as companies have shared details on their earnings during the first three months of the year, this divide has become increasingly pronounced.
Some businesses — the drugmakers, the grocers, the tech giants — have been able to power ahead despite stay-at-home orders. Microsoft’s cloud services sales have skyrocketed, and Nintendo’s “Animal Crossing” game has been a quarantine hit. Eli Lilly (LLY) received approval from the US Food and Drug Administration for its new cancer treatment last week.

But a larger subset of companies have found themselves on the sidelines, cut off from their customers or facing little to no demand for their products.
Titans of industry, including Disney (DIS), the world’s biggest entertainment company, and Marriott (MAR), the world’s largest hotel chain, have reported plunging profits as theme parks and movie theaters closed and travel ground to a halt. They gave cautious assessments of the challenges ahead.

“The recovery is not going to happen uniformly across all regions and it is not going to occur overnight,” Marriott CEO Arne Sorenson told analysts on Monday. “It may take longer than any of us would like.”
The path forward looks treacherous for companies in both groups, with coronavirus making it nearly impossible to plan for the future. But for the firms that haven’t been able to do business in a pandemic economy, the next few months will be make-or-break.
“It’s critically important how the reopenings go,” said Nick Raich, CEO of The Earnings Scout, a research firm that tracks corporate earnings.

Few companies are booming in the current environment, but some are much better equipped than others to tap into the coronavirus economy.
The most visible example is the US tech giants. Like many companies, they’ve have had to deal with new challenges, such as supply chain issues. But the industry has largely benefited from the spike in remote work and higher online engagement.
Google parent Alphabet (GOOG) and Facebook (FB) said that advertising sales took a hit in March, but the companies still managed to beat Wall Street’s expectations, bringing in $41.2 billion and $17.7 billion in revenue, respectively, for the first quarter. Microsoft (MSFT) has seen strong demand for cloud services and reported that its remote-working Teams app now has 75 million daily active users.
“The technology sector has been practicing social distancing for some time,” Raich said, noting that many employees in the sector already worked frequently from home and sold products or services online.
Netflix (NFLX) added 16 million subscribers between January and March and saw its profit more than double compared to the same period in 2019. Nintendo’s profit for the fiscal year ending in March surged 41% from a year ago, driven in part by the breakout success of its new “Animal Crossing” game for its Switch console. 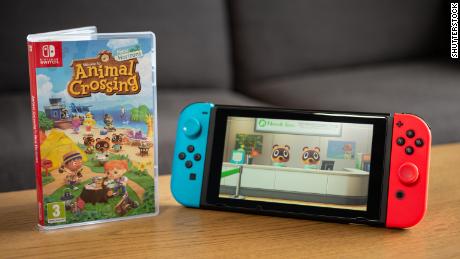 But the longer the coronavirus drags on, even those companies that have endured relatively limited disruptions will begin to struggle. For instance, Netflix has filmed most of its content due out in 2020, but 2021 could be a different story.
Amazon (AMZN), which has seen a surge in delivery, has said that under normal circumstances, it would earn $4 billion in profit this quarter. But CEO Jeff Bezos said all of that money — and maybe more — will be reinvested in coronavirus-related expenses.
Grocery stores are concerned about higher costs, too. Tesco (TSCDF), the UK’s biggest grocer, has said additional spending could hit £650 million ($801 million) if lockdowns last for a total of 12 weeks, driven by higher payroll, distribution and cleaning and maintenance expenses.
Still, these companies at least have money coming in at this point. “[The] balance sheet makes all the difference here on who can ride it out,” said Peter Boockvar, chief investment officer at Bleakley Advisory Group.

For a more substantial group of companies — airlines, manufacturers, hotels and retailers, to name a few — access to the coronavirus economy has been severely limited or restricted entirely. These firms have pivoted into survival mode and are racing to conserve cash.
“In mid-March, we came to a halt,” Michael Rapino, the CEO of live events company Live Nation (LYV), told analysts last week. “We have held no concerts in almost two months.”
Disney, worth nearly $200 billion, has been similarly humbled. The company’s profits dove 91% during the first three months of 2020 after it was forced to shut theme parks and resorts and delay the release of major films like “Mulan.”
Executive chairman Bob Iger said he’s confident people will “resume familiar activities” once the crisis is over. But for now, the company remains under strain.
“Disney is built on shared group experiences,” analyst Richard Greenfield of Lightshed Partners said in a research note to clients. “Until there is global comfort health-wise with that behavior again, Disney’s earnings are fundamentally impaired.” 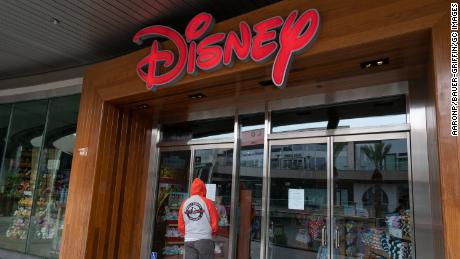 Marriott (MAR), which reported a 92% drop in profit between January and March, shared a similarly bleak update: Revenue per available room crashed by roughly 90% in April, and a quarter of its hotels around the world remain closed.
For retailers that were hurting before the pandemic hit, the closure of stores and the drop-off in demand as people stick to shopping for essentials is particularly devastating. Faced with high debt levels and minimal revenue, weaker players have few options. J.Crew and Neiman Marcus both filed for bankruptcy last week.
“The debt burden ultimately proved insurmountable, particularly given near-term operating challenges related to the coronavirus pandemic,” Fitch retail analyst David Silverman told clients.

A tale of two economies

All told, earnings season has made clear that more companies are struggling than flourishing right now.
Of the more than 430 companies in the S&P 500 that have reported first-quarter results, just 10% have raised their estimates for second quarter earnings, according to The Earning Scout’s Raich. That’s the lowest proportion since the 2008 global financial crisis.
“Everyone is getting affected by what’s going on negatively, it’s just a question of to what degree,” Boockvar said.
Companies are trying to stay realistic, and most have signaled they don’t expect business to recover anytime soon. Even so, those firms that have been barred from participating in the coronavirus economy will need some access to be restored soon, or layoffs will rise and some downsizing could become permanent.
“We have a lot of cash today, but we burned through about almost a billion dollars in the month of April,” Southwest Airlines (LUV) CEO Gary Kelly told CNN Business last week. “You do the math in your head, and you just can’t survive that way.”
That doesn’t mean all companies are rushing to open their doors again. Significant concern remains about whether easing quarantine restrictions could lead to a second wave of infections, which could spark another bruising round of shutdowns that may be too much for weakened businesses to withstand.
“If these reopenings don’t go well and it leads to extended closures in the future, no company will be immune to that, and they’ll all see earnings hit,” Raich said.

When stay-at-home orders are lifted, spaces like promenades, hotels, stores, and more will look quite different; plexiglass barriers will be installed between employees and customers, and temperature checks at the door will become mandatory.
But for many companies, that’s the best-case scenario.
Source: Read Full Article