Get all the latest news on coronavirus and more delivered daily to your inbox. Sign up here.

A $483 billion coronavirus aid package flew through the Senate on Tuesday after Congress and the White House reached a deal to replenish a small business payroll fund and provided new money for hospitals and testing.

Passage was swift and unanimous, despite opposition from conservative Republicans. President Donald Trump tweeted his support, pledging to sign it into law.

It now goes to the House, with votes set for Thursday.

After nearly two weeks of negotiations and deadlock, Congress and the White House reached an agreement Tuesday on the nearly $500 billion package — the fourth as Washington strains to respond to the health and economic crisis.

“The Senate is continuing to stand by the American people,” said Senate Majority Leader Mitch McConnell, R-Ky., to an almost empty chamber.

Senate Minority Leader Chuck Schumer said the bill was made “better and broader” after Democrats forced the inclusion of money for hospitals and testing.

A copy of the measure was provided to The Associated Press by a GOP aide.

Most of the funding, $331 billion, would go to boost a small business payroll loan program that ran out of money last week. An additional $75 billion would be given to hospitals, and $25 billion would be spent to boost testing for the virus, a key step in building the confidence required to reopen state economies.

Missing from the package, however, was extra funding for state and local governments staring down budget holes and desperate to avert furloughs and layoffs of workers needed to keep cities running.

Trump said he was open to including in a subsequent virus aid package fiscal relief for state and local government — which Democrats wanted for the current bill — along with infrastructure projects. 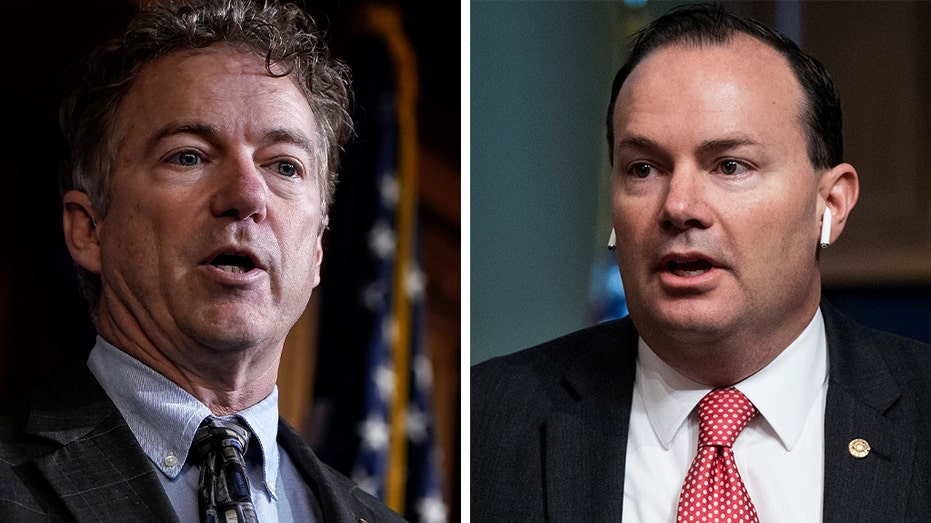 Not all Republicans are backing Trump on the deal.

Lee said it was “unacceptable” that the full Senate was not present and voting in the pro forma session as Congress shuttered during the virus outbreak.

Paul said no amount of federal funding will be able to salvage a shuttered economy. “Deaths from infectious disease will continue, but we cannot continue to indefinitely quarantine,” said Paul, who tested positive for the virus last month but has since recovered.

The House is being called to Washington for a Thursday vote, said Rep. Steny Hoyer, the House majority leader.

Hoyer, D-Md., said the House will also vote on a proposal to allow proxy voting on future business during the pandemic, a first for Congress, which has required in-person business essentially since its founding.

“The House must show the American people that we continue to work hard on their behalf,” Hoyer wrote to colleagues.

But the landmark rules change met with objections from conservative Republicans.

“I don’t support it at all,” said Rep. Clay Higgins, R-La., one of a handful of Republicans who showed up for Tuesday's pro forma session to protest proxy votes. “Congress should be in session.”

The emerging virus aid package — originally designed by Republicans as a $250 billion stopgap to replenish the payroll subsidies for smaller businesses — has grown into the second largest of the four coronavirus response bills so far. 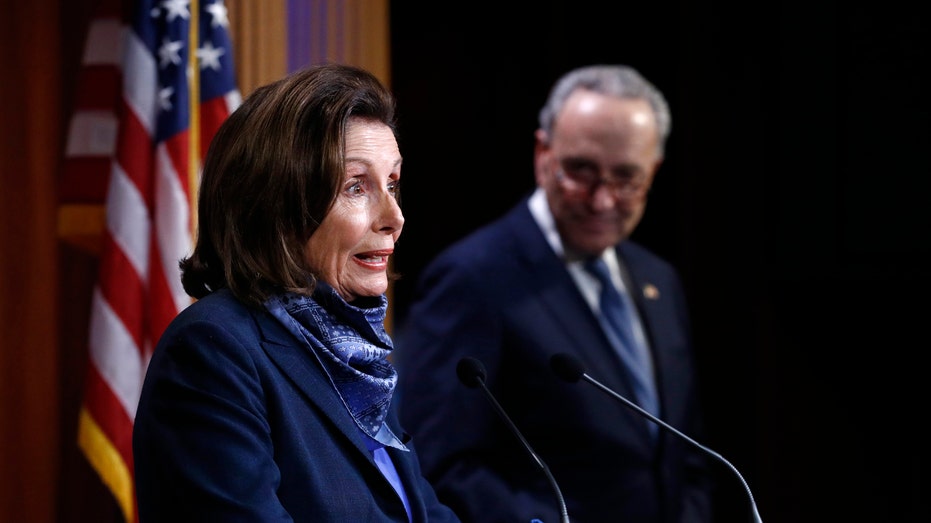 Democratic demands have caused the measure to balloon, though Republicans support additions for hospitals and testing.

The now $310 billion for the Paycheck Protection Program includes $60 billion or so set aside for — and divided equally among — smaller banks and community lenders that seek to focus on underbanked neighborhoods and rural areas. Democrats have highlighted the number of smaller and minority-owned shops missing out on the aid.

Another $60 billion would be available for a small-business loans and grants program delivered through an existing small business disaster aid program, $10 billion of which would come in the form of direct grants.

The bill provides $25 billion for increased testing efforts, including at least $11 billion to state and tribal governments to detect and track new infections. The rest will help fund federal research into new coronavirus testing options.

Currently, the U.S. has tested roughly 4 million people for the virus, or just over 1% of its population, according to the COVID Tracking Project website.

While the White House says the U.S. has enough testing to begin easing social distancing measures, most experts say capacity needs to increase at least threefold, if not more.

Despite yet another big package from Congress, all sides say more aid is likely needed. 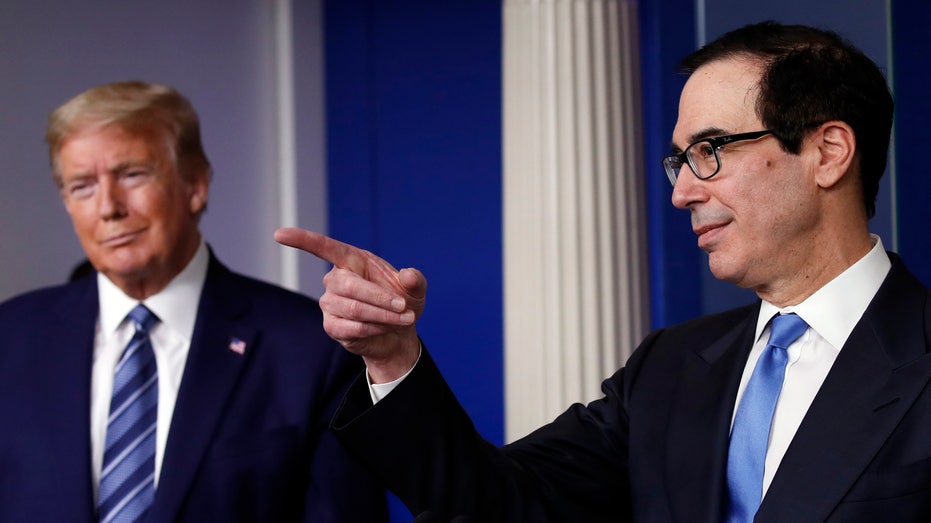 Treasury Secretary Steven Mnuchin outlined infrastructure and broadband spending for the next bill. And there's pressure to help cities with populations of less than 500,000 that were shut out of the massive $2 trillion relief bill that passed last month.

Schumer said Monday that he had talked to Federal Reserve Board Chairman Jerome Powell and that Powell said the Fed is working to open up the Main Street Lending program to nonprofits and municipal governments.

The government’s Paycheck Protection Program has been swamped by companies applying for loans and reached its appropriations limit last Thursday after approving nearly 1.7 million loans. That left thousands of small businesses in limbo as they sought help.

Controversies have enveloped the program, with many businesses complaining that banks have favored customers with whom they already do business. Some businesses that haven't been harmed much by the pandemic have also received loans, along with a number of publicly traded corporations.