Spurred on by the vaccine rollout, the boom will trigger the country’s fastest growth since the Second World War. As shares hit a 14-month high, Bank Governor Andrew Bailey said: “This is a bounce back.” The rebound will see most workers helped by Chancellor Rishi Sunak’s furlough scheme return to work, with the jobless rate tipped to peak at 5.5 percent, down from the 7.75 percent previously expected.

Experts meanwhile upped their forecast for the expansion of the economy to 7.25 percent, from the 5 percent expected in February. That would be the biggest rise in UK output in more than 70 years.

The FTSE 100 shares index closed last night up 37 points at 7,076 – its highest since the end of February last year.

Mr Bailey said: “This is a bounce back. This time last year we were talking about the biggest fall since the 18th century, so it’s good news.”

One City expert said the country was headed for an “explosive” economic recovery fuelled by a “war chest” of savings amassed by households while lockdowns kept shops shut and prevented holidays.

Members of the Bank of England’s Monetary Policy Committee yesterday voted unanimously to keep the base interest rate at the rock-bottom emergency level of 0.1 percent.

They also backed continuing with £895billion in monetary support measures to encourage the recovery. The Bank’s report said: “New Covid cases in the United Kingdom have continued to fall, the vaccination programme is proceeding apace and restrictions on economic activity are easing. 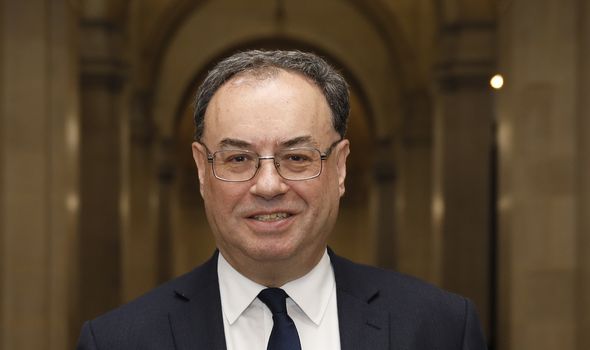 “Reflecting these developments, GDP [Gross Domestic Product] is expected to rise sharply in the second quarter of 2021. And GDP is expected to recover strongly to pre-Covid levels over the remainder of this year.

“Demand growth is further boosted by a decline in health risks and a fall in uncertainty.”

The Bank’s experts expect the economy, which shrank by nearly a tenth last year, to outperform both the US and the eurozone countries.

Mr Bailey said: “Given that we had such a large fall last year, it is good news that we are going to see such strong growth this year.”

He cautioned however that the boom will be temporary, as the Bank forecast that growth will slip to 5.75 percent next year before settling at 1.25 percent in 2023.

Mr Bailey added: “Let’s not get carried away. It’s good news in the context of where we have been. But another way of expressing that is that two years of output growth have been lost.”

The Bank sharply cut its forecasts for unemployment this year, predicting the jobless rate will peak at 5.5 percent, not 7.75 percent as it warned earlier.

The extension of Chancellor Sunak’s furlough job retention scheme has softened the blow.

Inflation will likely surge to 2.4 percent in the final three months of this year, fuelled by rising prices for energy, but it should return to around 2 percent in the medium term.

Mr Bailey warned there was still more chance of the economy missing the growth forecasts than beating them, as uncertainty caused by the pandemic continued. He said: “If there is another [virus] variant, then there will be questions as to how it relates to existing vaccines.”

After some disruption to trade early this year following Brexit, Mr Bailey said “firms are adjusting to the new arrangements. Exports have rebounded materially, but imports remain weak.”

Julian Jessop, an economics fellow at free-market think tank the Institute of Economic Affairs, last night urged the Chancellor to rethink Budget tax rises in the light of the Bank of England forecasts. 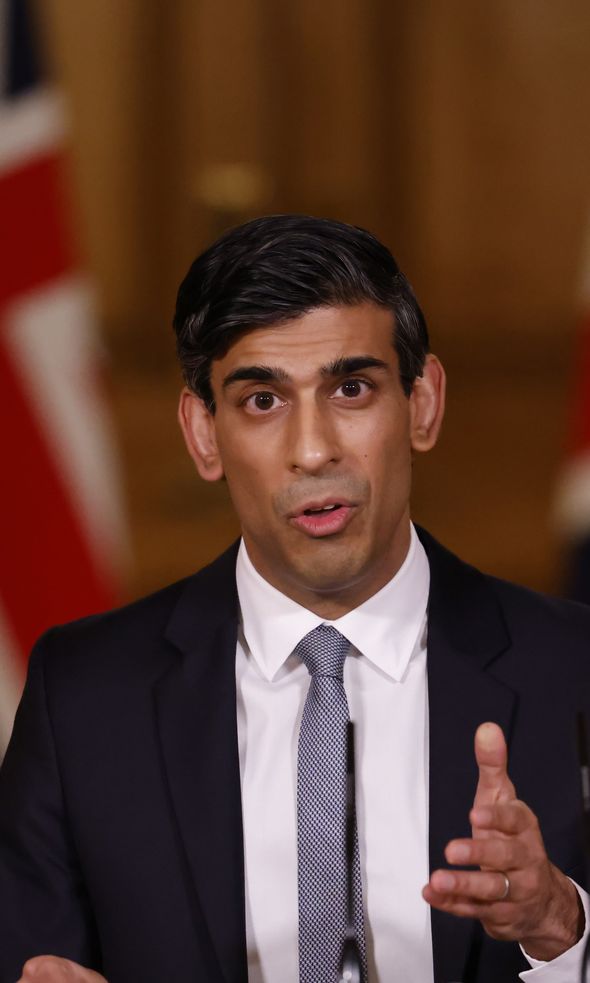 He said: “It looks increasingly likely that Government borrowing will continue to undershoot the forecasts that the Chancellor used to justify the tax increases and departmental spending cuts.

“Officials can stop casting around for even more ways to increase the tax burden. A booming economy will do the job of repairing the public finances for them.”

City experts yesterday welcomed the upbeat forecast from the Bank.

Laith Khalaf, an analyst at AJ Bell, said the Bank is expecting a consumer spending spree to fuel an explosive economic recovery, “funded by the war chest savers have built up throughout the pandemic.

“This is a unique situation, where consumers have been restrained by law and are now being gradually let off the leash, so even the best spreadsheets at the Bank of England aren’t going to nail this forecast with any precision. If consumers really let rip, the economy could be heading for a big boom.”

Paul Danis, of Brewin Dolphin, said: “It’s likely that growth will be stronger than almost any major economy over the last three quarters of this year.” 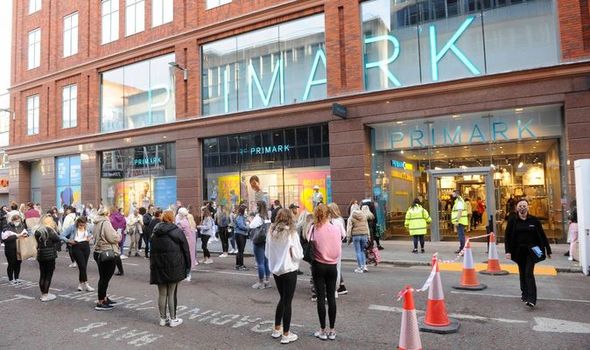 Giles Coghlan, chief currency analyst at HYCM, said: “There is an expectation that the estimated £150billion of savings that consumers have accumulated over the past 14 months or so will steadily be released into the economy in the months ahead.

“Uncertainty is dissipating, and we are seeing the pound and FTSE 100 go on initial mild bullish runs. The positive performance of the pound will be welcomed by holidaymakers as many Britons prepare to travel abroad again later this year.”

The doom-mongers have been proved wrong yet again. Their pessimism turns out to be utterly unfounded. Far from sliding into another recession, it looks as if our country is about to enjoy an unprecedented boom.

Yesterday, in a remarkably upbeat assessment, the Bank of England predicted that the economy will expand by 7.25 percent this year, the strongest growth since records began in 1949. 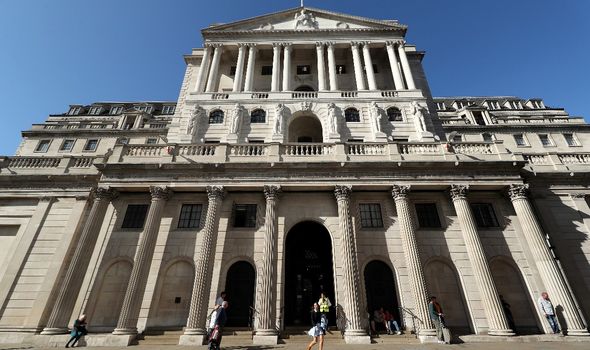 Even as the furlough schemes end in the autumn, the strength of the recovery will mean that unemployment is likely to be far lower than was forecast at the height of the Covid pandemic.

“I don’t think we’ve had a bounce-back quite of this nature, certainly in modern times,” said Andrew Bailey, the Bank’s Governor. This outlook is backed up by a wealth of evidence about the post-Covid revival, from the buoyant housing market to soaring car sales.

In a graphic example of returning commercial dynamism, the Vauxhall plant in Luton is putting on a third shift to meet the demand for its vans.

Similarly, the latest report from purchasing managers IHS Markit found that the services sector is growing at its fastest pace in more than seven years, with 65 percent of firms forecasting expansion. “A surge of pent-up demand has started to flow through the economy,” it said. Only last week, Jes Staley, head of Barclays Bank, held out the prospect that the second half of this year would be “really quite something”.

It was not meant to be like this. We were told by sophisticated merchants of gloom that the pandemic and Brexit would be a disaster for Britain.

But it is now clear that, in many cases, such bleak claims were politically-motivated wishful thinking. The economy has proved resilient, outshining our European neighbours.

The heroic journey from crisis to prosperity has been greatly accelerated by the success of the vaccine programme, which has not only enabled our release from lockdown but highlighted our gift for innovation.

Other crucial factors helped: the dedication of the workforce, consumer confidence – bolstered by some £200billion in savings – Rishi Sunak’s creative stewardship of the Treasury and Liz Truss’s negotiation of trade deals.

The recovery played a huge part in the Tories’ triumphs yesterday, especially in the North and the Midlands.

Boris Johnson’s pledge to “level up” the economy is not just cynical rhetoric. It is really happening.

At Hartlepool, the establishment of Teeside Freeport could create as many as 18,000 new jobs. That mattered to

the voters far more than all the manufactured hysteria about leaks and the cost of curtains. Project Smear worked no better than Project Fear.