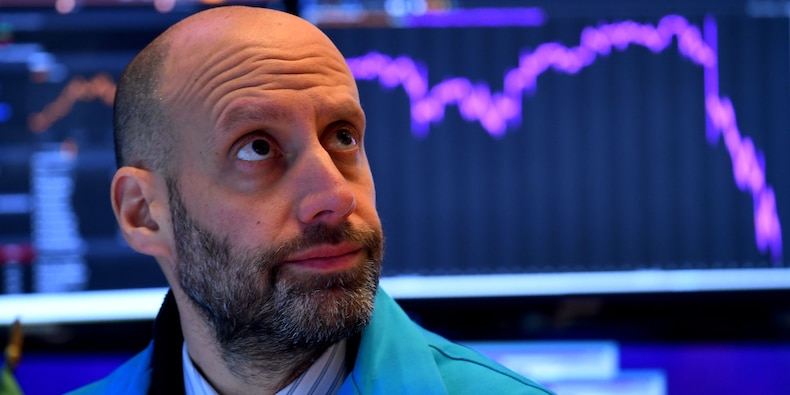 US stocks traded mixed on Tuesday after lawmakers approved a $900 billion stimulus plan, while European stocks recovered losses related to the emergence of a new strain of COVID-19.

Futures tied to the S&P 500, Nasdaq, and Dow Jones swayed between gains and losses of about 0.3%.

The rescue package was sanctioned along with a $1.4 trillion regular government funding omnibus bill, which includes a wide range of provisions. The emergence of two bills “proved just too juicy a morsel for the dip-buying FOMO herd to ignore,” said Jeffrey Halley, a senior market analyst at OANDA.

The legislation has been sent to Trump’s desk for signing. But before he can do so, it must be printed on parchment paper, physically delivered to the White House, and evaluated by lawyers.

In Europe, markets recovered previous day losses after the emergence of a new, more contagious strain of coronavirus in Britain triggered a wave of  bans on travellers from the UK. At least 40 countries, mostly in Europe, but also India and Hong Kong among others, have issued, or are considering issuing, bans on UK arrivals.

As countries close their borders to the UK, global economic growth is facing another threat from the slower rollout of COVID-19 vaccines, according to Rabobank analysts. “While the vaccines are arriving, the road to the exit remains dark and bumpy,” they said.

Read More: Bank of America unveils its top stock pick in each of the 11 S&P 500 sectors and explains why they’re poised to dominate in the year ahead

Even without this new strain of the virus, the possibility of a no-deal Brexit was already raising questions over the UK’s import supplies. The two sides still disagree on the exact quota of the share of fish caught by EU vessels in British waters.

“The sound of wet fish being thrown around in Brussels is deafening,” said Paul Donovan, chief economist at UBS Global Wealth Management, adding that it’s best to assume December 30 is the last possible moment for an EU-UK divorce agreement.

Oil prices continued to fall, extending losses triggered by concern over the mutated strain of the virus. Brent crude futures fell 1.4%, to $50.17, and West Texas Intermediate fell 1.5%, to $47.22.

Negative market sentiment over the new virus strain in England and South Africa led Asian stocks lower, outweighing positive vaccine news and the passage of the fiscal stimulus package in the US Congress, UBS said.

As the Federal Reserve recently upgraded its outlook for US GDP next year, chairman Jerome Powell’s view underlines the argument that, despite the recent equity market rally, there is still further upside, said Mark Haefele, chief investment officer at UBS Global Wealth Management. “We recommend diversifying for the next leg up in equities, positioning for dollar weakness, taking advantage of volatility, and protecting against the downside,” he said.

Read More: Investing veteran Barry Norris is beating 95% of his peers by betting against the market’s riskiest companies. He warns investors against the ‘siren call’ to own value stocks – and explains why he’s now bearish on Rolls-Royce.