Check out what’s clicking on FoxBusiness.com

U.S. accident investigators disagree with Ethiopian authorities over the cause of a sensor malfunction that preceded the March 2019 crash of a Boeing 737 Max shortly after takeoff from Addis Ababa.

The National Transportation Safety Board said Tuesday that it determined that the bad sensor reading was caused by impact with an object, most likely a bird.

Ethiopia's aviation authority said false readings by the sensor, which measures the direction of the plane's nose, were caused by electrical issues that had existed since the plane was manufactured.

The NTSB said in a document dated Jan. 13 and released Tuesday that Ethiopia's final report on the crash provides no details to support the finding of an electrical problem. The U.S. board relied partly on a fault analysis by Collins Aerospace, which made the sensor. 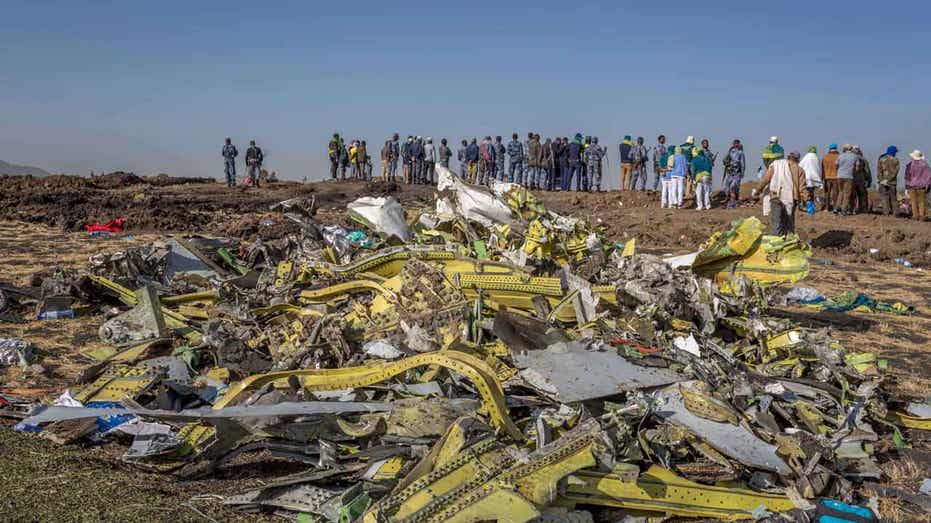 U.S. accident investigators gave more details on Jan. 24, 2023, about what they think caused a Boeing plane to crash in Ethiopia in 2019. The U.S. National Transportation Safety Board believes the plane struck a foreign object, most likely a bird, be (AP Photo/Ted S. Warren, File / Associated Press)

Both sides agree that the sensor readings caused an automated flight-control system new on the Max to pitch the nose of the plane downward. Pilots were unable to regain control. The crash killed all 157 people on board and occurred less than five months after a Max crash in Indonesia killed 189 people.

The NTSB released its new comments three weeks after its initial criticism of Ethiopia's findings around the cause of the crash, which led to a worldwide grounding of all Max jets for nearly two years.

Boeing is to be arraigned Thursday in a federal court in Texas on a charge of defrauding the United States. More than a dozen relatives of crash victims have asked the court for time to speak after Boeing enters a plea to the fraud charge.

The judge ordered Boeing to be represented by an "appropriate person." Boeing has not publicly identified that person.