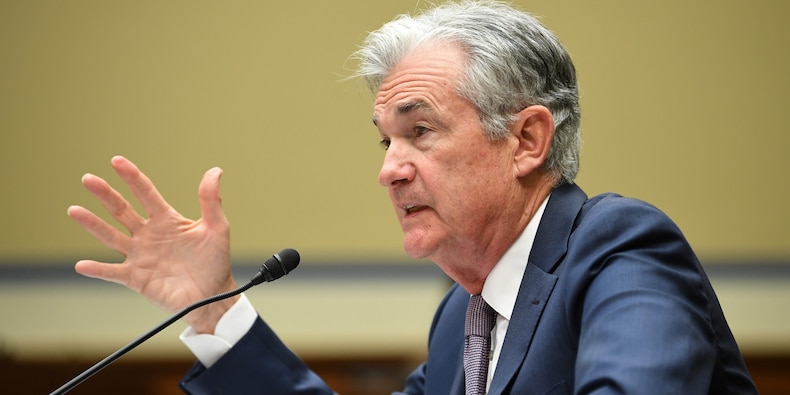 US stocks fell on Thursday as traders weighed new comments from Fed Chairman Jerome Powell and the continued blockage of the Suez Canal.

Fed Chairman Jerome Powell told NPR on Thursday that the Fed will gradually roll back its monthly bond purchases as the economy continues to improve. The Fed currently purchases $120 billion in bonds per month.

“We will very gradually over time and with great transparency, when the economy has all but fully recovered, we will be pulling back the support that we provided during emergency times,” Powell said.

The blockage of the Suez Canal continues to disrupt global trade and supply chain issues, and it could take days to unground the Evergreen ship that became stuck due to high winds.

Here’s where US indexes stood at the 9:30 a.m. ET open on Thursday:

Shares of ViacomCBS extended its two-day decline to nearly 30% after it launched a $3 billion equity offering to fund investments in its new streaming platform, Paramount+.

Rite Aid fell 20% after cutting its full-year forecast as the drugstore chain saw fewer customers buying its cough and cold medicine amid the COVID-19 pandemic.

Bitcoin fell more than 7% and traded just above $51,000 as analysts said the expiration of $5 billion in bitcoin options contracts may be causing volatility.