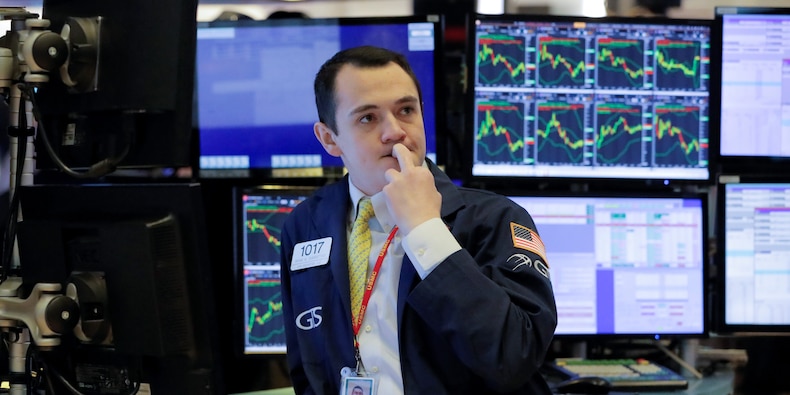 US stocks hit record highs in early trading on Wednesday, but subsequently reversed lower as fiscal stimulus negotiations appeared to be deadlocked as of Wednesday afternoon.

Senate Majority Leader Mitch McConnell blasted Democrats for not lining up behind a more than $900 billion proposal that does not include additional federal unemployment benefits.

The stimulus package would include direct checks worth $600, aid to state and local governments, and liability protections for businesses and schools.

Here’s where US indexes stood after the 4 p.m. ET close on Wednesday:

Read more: We spoke with Wall Street’s 9 best-performing fund managers of 2020 to learn how they crushed the chaotic market – and compile the biggest bets they’re making for 2021

DoorDash made its public debut on Wednesday, completing its IPO offering and surging as much as 78% in initial trades of the delivery platform company.

Greenwich LifeSciences, a small cap clinical stage biotech company, rocketed as much as 2,941% in Wednesday trades after the company announced encouraging data for its breast cancer treatment, GP2.

Read more: Ron Baron earned a $4.2 billion windfall just from investing in Tesla. The legendary investor told us why he still expects a 30-fold return from Elon Musk – and shared the biggest lessons and mistakes of his career.

FireEye stock tumbled on Wednesday after it revealed a highly sophisticated security breach by what it believes to be was a state-sponsored actor.

Zoom Video was downgraded by JPMorgan to Neutral on Wednesday, citing a high valuation that prices in all potential upside, and the mass vaccination against the COVID-19 virus which could put a dent in its business.

Read more: Emmet Peppers grew his accounts from $30,000 in 2010 to over $70 million this year. The newly minted hedge fund manager breaks down how he spotted early opportunities in Tesla, Facebook, and the COVID-19 market crash – and shared one IPO on his radar.