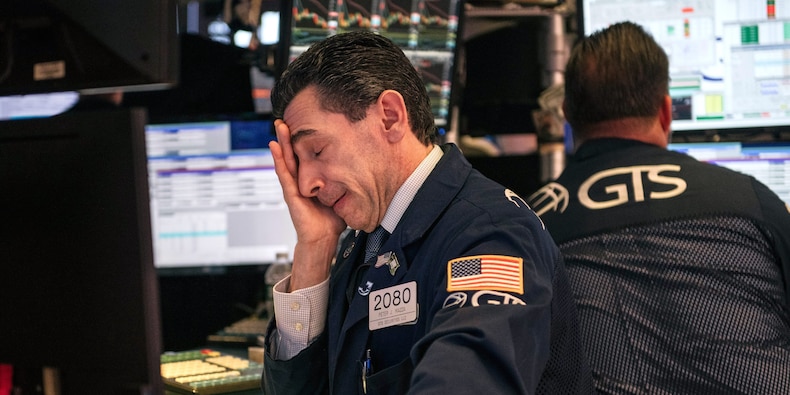 US stocks capped their worst week since October on Friday as Reddit day traders continued to furiously attack shorts and drive massive volatility.

GameStop, AMC, and other Reddit-favorite stocks soared as day traders piled back into their risky positions. The highly volatile names enjoyed strong buying throughout the week. Moves by Robinhood, Interactive Brokers, and other platforms to restrict trading temporarily cut into gains before rallies on Friday pared losses.

Market participants fear that the retail traders’ targeting of shorts could force hedge funds to cover their bearish bets by selling their long positions. While the phenomenon has rocked only some funds, strategists have raised concerns about a growing market disruption.

Here’s where US indexes stood at the 4 p.m. ET close on Friday:

Read more: GameStop has surged more than 600% in the past week. 3 experts break down where the stock could go from here as Reddit’s army of traders take profits and search for its next targets.

“Chasing the squeeze is like buying a lottery ticket. You might profit, but you might also lose everything,” said Lindsey Bell, the chief investment strategist at Ally Invest. “This type of speculative trading is more about luck and less about skill.”

The Dow briefly sank below 30,000 for the first time since January 4 before partially recovering. Energy and tech stocks were the session’s worst performers. Healthcare and utilities outperformed. Still, all 11 S&P 500 sectors sank into the close.

Cboe’s VIX – a popular measure of market volatility – surged to its highest level since October. The index reached an intraday high of 37.51 before closing just below 31.

Investors also sold off on less-than-ideal news from a trial of Johnson & Johnson’s coronavirus vaccine. The pharma giant announced on Friday that its single-dose vaccine was found to be 66% effective, well below the efficacy demonstrated by other companies’ two-dose programs. Johnson & Johnson said its vaccine was also less effective in South Africa, suggesting the shot is less beneficial at protecting against the more contagious virus strain first identified in that country.

Stocks soared to record highs throughout January on the hopes that vaccine rollouts and stimulus from the Biden administration could accelerate the US economic rebound. Johnson & Johnson’s announcement underscored the difficulty in ending the pandemic and reaching herd immunity. Shares fell on the news.

Read more: A Wall Street firm tweaked the Shiller PE ratio to create a superior gauge of the strongest stock-market returns – and broke down why the beloved metric won’t cut it anymore

Novavax leaped after a UK trial of its coronavirus vaccine found that the shot was 89% effective at protecting against illness. The vaccine was also found to be effective against the virus variants first identified in the UK and South Africa.

Bitcoin surged above $38,500 for the first time since January 15 after Tesla CEO Elon Musk added “#bitcoin” to his Twitter bio. Selling promptly pulled prices lower, and bitcoin traded at about $34,750 when markets closed. The most popular cryptocurrency had been hovering at about $32,000 through the week.

Spot gold climbed as much as 1.6%, to $1,875.71 per ounce. The US dollar strengthened slightly against a basket of Group-of-20 currency peers, and Treasury yields edged higher.