Amazon, Apple, McDonalds, JP Morgan – the biggest names in corporate America have all joined the global call for a reckoning on racial injustice in the wake of George Floyd’s brutal death at the hands of Minneapolis police last month.

Corporate donations to civil rights groups– at least $1.7bn by one estimate – have been accompanied by an outpouring of solidarity statements from the biggest names in fast food, finance and media.

Brands are fighting to prove they are anti-racist – but is it enough?

Watching the news Marcia Chatelain, a provost’s distinguished associate professor of history at Georgetown University, had a sense of deja vu and an expectation of disappointment. Chatelain said these actions echoed historical moves by business giants to pitch themselves as allies in times of crisis.

“The response to civil unrest from the business community has often been opening up opportunities and grafting themselves onto a narrative of civil rights,” Chatelain said. “It doesn’t work.”

Chatelain’s recent book, Franchise, chronicles the relationship between McDonald’s and civil rights movements and concludes that these efforts ultimately do more to support the corporation’s own power than the communities it tries to help.

She said the way corporations are responding to the new uprising is building off the McDonald’s model of making statements of solidarity and donating a few million – while profiting from tax breaks, subsidies and cheap labor.

“I haven’t seen a company release a statement saying in order to support black lives, we’ve told our store managers to be discerning about calling police and we’ve decided to raise wages and now everyone is getting really good health coverage,” Chatelain said.

Companies have been vocal in their support for greater racial equality. McDonald’s posted a short video listing names of seven black people killed by police or civilians and the words “they were one of us”. JP Morgan Chase’s CEO, Jamie Dimon, knelt with staff for a photograph at a local bank branch. The sweet snack Gushers tweeted: “Gushers wouldn’t be Gushers without the Black community and your voices.” 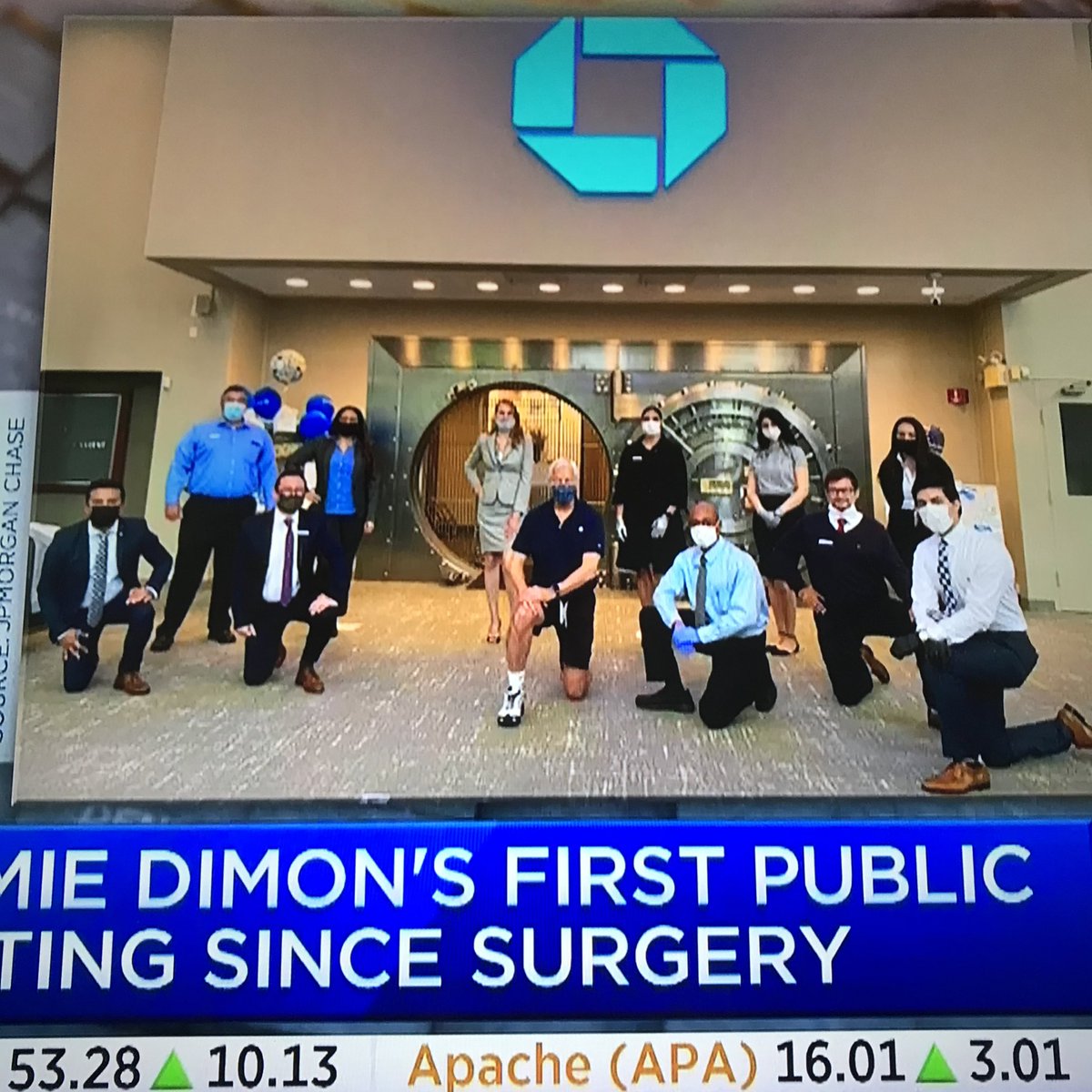 The need for basics such as a living wage and more equal access to health care has been underlined by the Covid-19 outbreak. Black people are dying of Covid-19 at higher rates and the lockdowns caused an economic crisis where black people lose work at higher rates than white people.

And yet these statements are also being made by companies where black people are vastly underrepresented in leadership roles. This year’s Fortune 500 list only listed four companies helmed by black male CEOs. There hasn’t been a black woman leading a Fortune 500 company since 2016.

The Business Roundtable, the US’s most powerful business lobby, has set up a commission to fight for racial equality. Announcing the proposal Doug McMillon, chairman of the Business Roundtable and Walmart’s chairman and chief executive, said: “Business Roundtable CEOs do not have all of the answers. But we are committed to doing our part to listen, learn and to use our collective influence and scale to advance racial justice and equal opportunity for all Americans.”

While it is true that corporate America doesn’t have “all of the answers” it does have some. Answers to questions about poor wages, healthcare and childcare that have dogged these companies – including Walmart – for years and that disproportionately impact people of color.

Some of the same companies committing millions to help the black community are also the ones where workers have been protesting for more safe working conditions and hazard pay in the pandemic.

Take Amazon. The company has committed $10m to social justice groups and said it “stands in solidarity” with the black community in a statement.

But for black staff such as Jordan Flowers, Amazon’s outreach to the black community could only be viewed through the lens of its treatment of another black worker in New York City, Chris Smalls.

Amazon, which reported $2.5bn in net income in the first quarter of 2020, fired Smalls after he helped organize a work stoppage to bring attention to unsafe working conditions. Amazon’s general counsel, David Zapolsky, in notes from a meeting of top executives obtained by Vice, wrote of Smalls: “He’s not smart, or articulate.”

Flowers, a former warehouse worker, said if Amazon really cares about black lives, Jeff Bezos and other executives should apologize to Smalls on live television.

Flowers, 21, has not been working because of an underlying health condition and said he would not return to work without every employee being routinely tested for Covid-19. He was denied medical leave by Amazon and is relying on his parents to get by.

He was also angered by an email Amazon corporate sent offering to match staff donations to the groups it was supporting.

“We made [Bezos],” Flowers said. “We should see some of the money going back to us, we’re the ones making his money.”

Anne Price, president of the Insight Center for Community Economic Development, said donations like Amazon’s were “an easy way out” because they direct money to obvious groups like the NAACP or ACLU.

Price said she would only think there had been a change if major corporations sought out projects that more directly impact communities, such as investing in land banks: vacant or abandoned properties obtained by government or nonprofits to turn them into community assets.

“That is what I would really love to see and would tell me there is something new that is happening and not just a nod, or just a gesture that sounds politically appealing,” Price said.

Ultimately, though, she said the biggest thing Amazon and other mega corporations could do would be raising the minimum wage and simply improving conditions for its workers.

“That would be the actions that are most meaningful – that I would not expect at all to see,” Price said. “Giving away $50m, that’s an easy write-off, it’s not really dealing with something systemic.”